Monday Tip-Off: How I Cut Back Playing Online 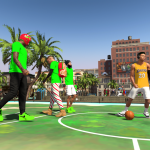 We’re at midcourt, and the ball is about to go up…it’s Monday Tip-Off! Start your week here at the NLSC with a feature that’s dedicated to opinions, commentary, and other fun stuff related to NBA Live, NBA 2K, and other basketball video games. This week, I’m tipping things off with a discussion of how I cut back playing online (or, how I began to enjoy basketball games again).

Dated references to Dr. Strangelove aside, I’ve found that I’ve enjoyed NBA 2K20 a lot more when I’ve eschewed online play for the single player experience. I could say the same for NBA 2K19 as well, as I mostly ended up playing MyCAREER in an effort to make it to the Hall of Fame (and succeeded in doing so).  However, I was still more inclined to play online last year, having gotten into the habit of grinding up a player that was viable for Pro-Am and Playground games. The rest of the NLSC squad was also giving online play one last try, whereas this year we’ve given up on it.

I definitely miss the camaraderie and fun of a virtual hangout with my fellow gamers and basketball-loving friends, but I’m not missing the frustration that we experienced so often over the past couple of years. I’ve expressed my criticisms of online play in NBA 2K before, but because we enjoyed getting together to play some games, it had become part of my gaming routine. Changing that has been easier in NBA 2K20, where I’ve spent more time getting into MyTEAM, playing with the historical teams, and getting ready to start a MyLEAGUE game. However, it’s unfortunate that online play has become so unappealing, and that I can no longer get into it with my friends.

That’s not to say that I haven’t dabbled with online play. Because I have been playing MyCAREER despite planning on moving away from the mode – turns out it’s harder to break the habit than I thought – and because it’s been easier to level up a player compared to the past couple of years, I have built up a player that’s viable for Pro-Am and Playground games. To that end, I spent a week playing in The Rec to see what it was like, and jumped online for a few Rec and Playground games over Christmas. My conclusion was that I made the right call by changing my focus and habits with NBA 2K20, and that I’d likely have a similar experience every time that I ventured online. 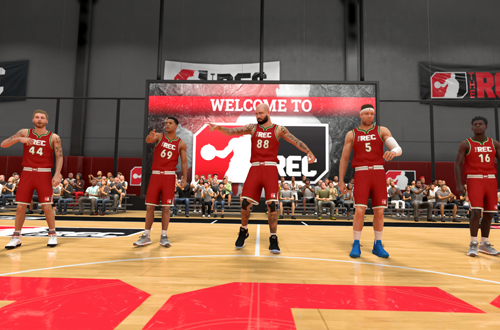 Quite frankly, the online modes in NBA 2K are not frequented by hardcore basketball fans, or even gamers who are interested in cooperative play for that matter. It’s hard to say something like that without sounding snobby and like I’m gatekeeping, so let me emphasise that everyone’s new to the sport at some point, and basketball games are a fun way to learn about it. However, I don’t think people are bothering to learn about the sport, or how to effectively play a video game based on it. Basic concepts such as hitting the open man and not forcing up shots in traffic, rotating and switching on defense, and working as a team to get the win, are simply not being adhered to.

It’s even more frustrating when the first couple of possessions suggest that it’s going to be a good game, only for people to immediately start playing selfishly and aiming for their own stats. From playing a few games over Christmas, I think that the scene has actually gotten worse since my week in The Rec back in November. The play is worse, there’s more toxicity on the open mic, and none of the teammates I’ve had are people I’d want to play with again. It might be a different story if I were still part of an active squad, but thanks to the complete lack of matchmaking and proper gameplay balance, the competitive experience has been extremely hit and miss as well.

I’m divided as to the chief cause of this decline in quality. I do believe that we gamers must take a share of the blame here. There’s a distinct lack of sportsmanship and teamwork, with selfishness, toxicity, and the basketball equivalent of griefers who delight in sabotaging games. It’s clear that a lot of people would rather exploit video game tactics than play virtual basketball. At the same time, it’s fair to say that NBA 2K has fostered this atmosphere with gatekeeping mechanics, a lack of matchmaking in MyCAREER’s connected modes, and unbalanced gameplay. If nothing else, it’s become a vicious cycle that has only served to make online play increasingly worse. 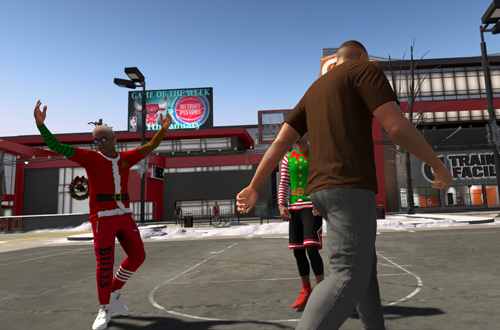 Of course, that has made it very easy to cut back on spending time with the connected experiences in MyCAREER. The only times that I’ve sought to play online are when I’ve earned double rep on the Daily Spin, there’s a Neighborhood event that has been interesting, or I’ve intended to produce a feature for the site. Curiosity has gotten the better of me a few times, and hey, there’s no harm in trying something different for a change of pace every once in a while. Unfortunately, almost every foray back into the online arena has reminded me of why I’ve decided to avoid those modes this year. I’m glad to have the option and a viable player, but I’m also content to leave them alone.

Again, I might be more eager if I could squad up with friends, but I think that we’d end up too frustrated to play regular sessions as we once did anyway. As such, I don’t blame my friends one bit for avoiding the online scene this year, or for that matter, skipping NBA 2K20 entirely. If anything, I admire their resolve. Fortunately, I’ve found satisfaction in the single player experience, despite lingering legacy issues with the game. I do think that offline gameplay has suffered somewhat due to 2K’s focus on modes like Playground and Pro-Am, but it’s still solid. The depth of the modes is a fine substitute for not having the more dynamic experience of online multiplayer.

That’s something that I think a lot of online-only gamers have trouble understanding. With all due respect, I do believe some of that is wilful ignorance along with elitist and egotistical posturing; a way of looking down on their fellow gamers for liking something different and (presumably) not being good at their preferred mode of play. I’d rather not deal with that attitude, or gamers who should still be playing offline modes because they clearly don’t want to play with anyone else. The same goes for the people who get abusive on the open mic, quit when the opponent scores the first couple of baskets, or deliberately sabotage games, ruining it for the rest of their team. 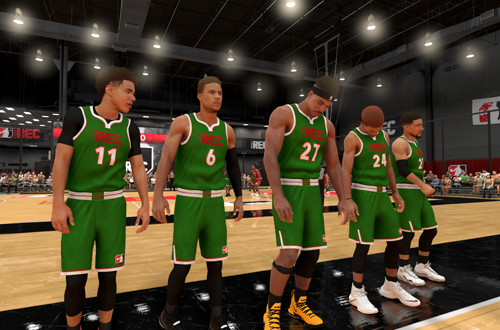 With single player modes, I don’t have to deal with any of that nonsense. And no, I’m not “offended” by people getting on the mic to throw profane tantrums and insult everyone despite making plenty of mistakes themselves; I just don’t care to deal with that childishness. I play basketball video games to unwind and indulge my love of the sport, not endure bratty behaviour. Many activities that involve a number of people are a lot of fun, but there’s a reason that solo hobbies remain popular. I like the idea of NBA 2K’s online modes, but the quality and the appeal just isn’t there these days. As such, I’ll take the consistency of offline play over the hit and miss online experience.

As I mentioned, however, there was some difficulty in breaking the habit. Because I’d come to enjoy some regular sessions of Pro-Am and Playground games, I wanted to try to make them work. It did help that I always used to be an enthusiastic offline gamer before I got into those modes, but I still liked the change of pace they offered. However, reflecting on how long I’d put up with the frustration, and considering the wide variety of options I have with the single player modes, I knew they would be the best way for me to get my virtual basketball fix. The online modes are still there and I doubt that I’ll never ever touch them again, but I have far less inclination to do so.

If there’s a lesson to impart here, it’s to take notice when something is more hassle and frustration than it should be, and stop engaging with it. Drop it from your rotation, and play, watch, or read something else. Video games are meant to be fun, and although it often feels like quality takes a backseat to recurrent revenue mechanics, there’s still fun to be had with NBA 2K. Do I miss those online sessions with the guys and the fun those modes used to bring? Sure, and I hope that some significant changes are made to improve those experiences in the future. For now, I’ve found great enjoyment in MyLEAGUE, MyTEAM, and exhibition play. It feels good to return to those roots.