Monday Tip-Off: How Recent Should Retro Teams Be? 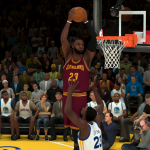 We’re at midcourt, and the ball is about to go up…it’s Monday Tip-Off! Start your week here at the NLSC with a feature that’s dedicated to opinions, commentary, and other fun stuff related to NBA Live, NBA 2K, and other basketball video games. This week, I’m tipping things off with some thoughts on how recent the retro teams in NBA 2K should be.

As we speed towards the release of NBA 2K21 Current Gen, we’re receiving the final tidbits about this year’s game. On that note, the official NBA 2K Twitter announced the inclusion of two new classic teams – the 2017 Toronto Raptors and 2019 Golden State Warriors – in NBA 2K21. As I noted in my bulletin, this follows on from the addition of six retro teams in NBA 2K20, along with the return of the All-Decade squads. While we haven’t had a dedicated retro challenge mode outside of MyTEAM since NBA’s Greatest in NBA 2K12, the games continue to add throwback content.

And yet, there’s something a tad unsatisfying about the announcement of those two teams. As former champions with some big names in their lineups, they’re obvious choices to join the ranks of classic squads. At the same time, they are very recent teams. Given the odd situation that the COVID-19 pandemic has placed the NBA in, the 2019 Raptors are being added as a classic team before they’ve even been officially dethroned as the reigning champs. It isn’t the first time that a new retro team in NBA 2K has felt a bit too recent to truly be considered “retro” or “classic”, which therefore raises the question: how recent is too recent when it comes to retro teams?

Before we tackle that question, let me pre-emptively address any potential backlash to the backlash, and accusations of “whining”. Needless to say, extra content is seldom unwelcome in NBA 2K. It’s nice to have it if it interests you, and it doesn’t hurt you to simply ignore it if it doesn’t. I’m assuming that any negative reactions to the news would mostly run along the lines of disappointed or underwhelmed, rather than being outraged. I’m certainly in the underwhelmed camp for reasons I’ll get to momentarily, but the point I’d like to make here is that it’s fair to critique additional content as much as any other aspect of NBA 2K. We can appreciate it, while pointing out problems. 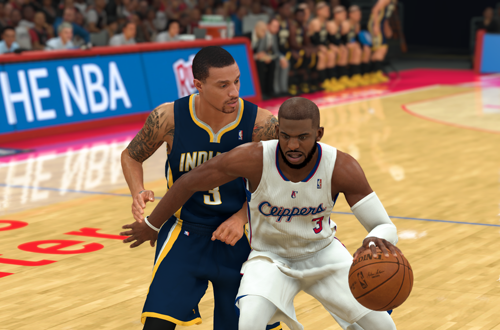 The problem with the new additions in NBA 2K21 is obvious. The core rotation is made up of active players, who were going to be in the game and playable anyway. While it’s probably a different story for Warriors and Raptors fans, for most of us it’s too soon for either of those teams to truly feel nostalgic. That brings us to the first point we have to consider when we’re talking about how recent retro teams should be. Technically, anything that happened before the current season could be considered a throwback. When we’re talking about a more specific definition and concept behind classic teams, however, we’re referring to squads that are older, with more nostalgia.

It’s difficult to pin down an exact timeframe – a specific cut-off that makes a team too recent to include as a retro squad – but I’d argue that conceptually, retro teams should be at least five years or older. In fact, even that might seem too generous, considering that such a squad could still potentially include several active players, and not enough time has passed to truly make them feel retro/classic. There’s merit in suggesting that recent championship teams should be included and that the concept of retro teams shouldn’t be too rigid, but I do believe the appeal of the throwback squads lies in their historical standing, and nostalgia for players who are no longer playing in the NBA.

At the same time, however, we have to consider why certain teams are chosen. I’ve talked about some of the squads I’ve felt were odd/bad choices in previous games, in particular teams from the past decade such as the 2013 Memphis Grizzlies and 2014 Indiana Pacers. Even teams like the 2006 Grizzlies seem strange, until you realise that they share players with various other retro squads. Since those players are already in the game, it’s easier to construct other classic teams using those assets. A recent retro team is more likely to have active players, and active players are included in the game by default, facilitating the addition of teams like the 2017 Warriors and 2019 Raptors. 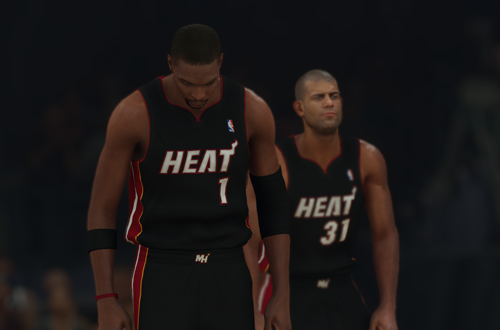 Of course, this has its drawbacks. As I noted, since those players are still active, there isn’t as much novelty in being able to play with them in NBA 2K; we were going to be able to do that, anyway. Not only is there less nostalgia, but it doesn’t really feel as though new content has truly been added. This is of particular interest to modders, who can make great use of assets that are added for retro teams. A team from only a couple of years ago is unlikely to add much that wasn’t already in the game, compared to adding a squad from the 80s, 90s, or even the 2000s. Even putting aside modding possibilities, it doesn’t feel like we’re getting something that new with a recent team.

In some cases, the more recent a throwback team, the more difficult it is to license all of the significant players. While a retro team from only a few years back may have much of its core still active and thus in the game by default, problems arise when a player has recently retired or is otherwise out of the NBA, and thus not licensed to appear. Ironically, it can be easier to include more complete retro teams from decades ago than squads that are less than five years old, because the former’s players are all retired and appropriately licensed. Even if most of the players can be included when a recent team is added, they (or the entire team) may not end up sticking around long.

We’ve seen plenty of examples of that in recent years. The 2008 Hornets had to be removed when David West and a couple of other players retired, and could no longer be included by virtue of also still being active players. The 2013 Miami Heat weren’t as fun to play with when Chris Bosh had to be removed (though he’s since returned). Some of the more recent retro teams have ended up being thinner with more glaring omissions than much older teams, thanks to this phenomenon. The absence of Manu Ginobili from the 2005 and 2014 Spurs is another example, though in that case, it’s definitely worth having the 2005 squad for both gaming and modding purposes. 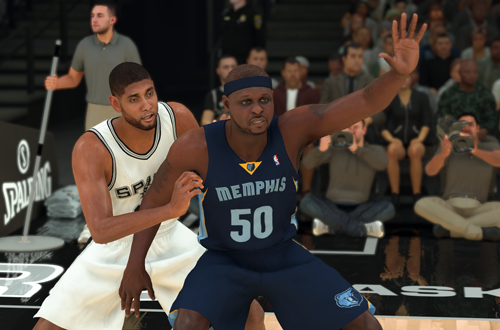 The result is that these additions end up feeling less special than they should, being so thin to the point of basically being filler. With that in mind, while adding them was a nice gesture, it feels hollow when they’re not really worth playing with. This quantity over quality approach is increasingly becoming a problem with the retro content in NBA 2K. Missing players are understandable due to issues with licensing, but it doesn’t help when the choice of teams sets up difficulties obtaining likeness rights. It also doesn’t excuse copy and paste placeholders that are rated higher than real players, inaccurate attributes and animations, and other examples of inattention to detail.

Expanding the selection of retro teams with recent squads that are thin (and only get thinner after a couple of years), don’t truly feel classic or nostalgic, and aren’t very accurate, underscores this approach of quantity over quality. There’s a broader issue there with NBA 2K’s retro content, and whichever teams they choose to include, I would suggest that there needs to be a stronger emphasis on historical accuracy and authenticity. As far as the problems related to classic teams from only a few seasons ago, and what the approach should be, we’ve arrived back at the opening question: how recent can retro teams be, and still reasonably qualify for inclusion in NBA 2K?

I’m hesitant to advocate for strict rules here as there should be room for exceptions. I also believe there’s value in unorthodox choices. However, as a general rule of thumb, I’d suggest that anything more recent than five years ago is still too recent to be retro or classic, unless a team happens to have achieved something historically significant. I’d also suggest that preference be given to teams whose core is mostly, if not entirely, retired. If a team’s entire starting five is still active in the league, it’s too soon for them to be considered a prime candidate for inclusion as a classic team, barring extenuating circumstances of historical significance. That would be my criteria for retro teams. 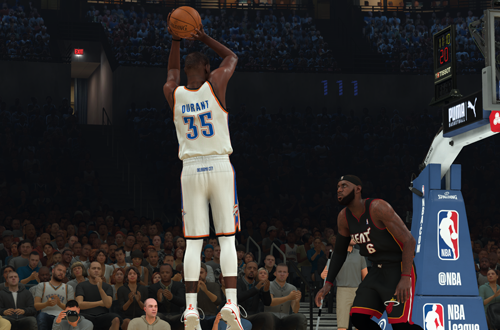 Does that mean including the 2017 Warriors and 2019 Raptors, or the 2014 Pacers and 2016 Warriors a few years back, is a bad thing? Not necessarily; at the end of the day, it’s all additional content that we can take or leave. At the very least however, it tends to be underwhelming when we see a recent throwback team included ahead of one that’s genuinely nostalgic, and to that end, I suggest drawing the line on when and how teams qualify as classics. If they’re bound to lose players in a couple of years, if they aren’t historically significant or nostalgic, if too many of their players are active, and if it hasn’t even been five years since they were a team? That’s too recent for me.

I don’t think there should be a limit… I literally think they should just do as many teams as they possibly can, and then you would just sort by season.

I was literally just thinking of breaking out 2K18 the other day so I could play with LeBron’s final Cleveland squad.

The thing is, going back to a game is probably always going to be better. Outdated mechanics aside, you’re going to have the full roster at least. Like I said, quantity over quality is becoming a problem with the historical content, so I’d rather they be more choosy and also dedicated to authenticity no matter which teams they end up including.

Absolutely… I think a better rule would be how many players need to be included from the squad, not how recent it was. And then you open the can of worms of how worthy the players are… like if it’s the seven worst players then it won’t be worth it.

I’m probably never going to be a fan of classic teams being from the recent past, but whichever way they go there, I’d definitely agree that being able to include 7 or 8 real players, including the entire starting five wherever possible, should be the criteria.