Monday Tip-Off: How We Really Feel About VC 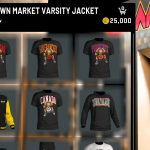 We’re at midcourt, and the ball is about to go up…it’s Monday Tip-Off! Start your week here at the NLSC with a feature that’s dedicated to opinions, commentary, and other fun stuff related to NBA Live, NBA 2K, and other basketball video games. This week, I’m tipping things off with a look at how the community really feels about VC in NBA 2K.

Back in October, I posted a poll on Twitter and in the NLSC Forum, asking a two-part question about Virtual Currency. The question I posed to my fellow basketball gamers was whether they had ever bought VC, and if so, did they buy it regularly and readily. I was interested to see the results, because the community’s thoughts on VC aren’t always as obvious as you might think. While it would likely be a very small minority that would argue that NBA 2K needs to have microtransactions, not all basketball gamers are completely against them.

As such, the matter of how we feel about VC isn’t open and shut. When you look at the poll numbers and opinions that people have offered up on the subject, it’s fair to say that the consensus is that we’re not fans of microtransactions and NBA 2K’s general approach with its freemium-like in-game economy. At the same time, being against the practice doesn’t mean that people don’t partake in it. Likewise, partaking in buying VC – at least somewhat willingly – doesn’t mean that someone necessarily disagrees with the criticism. Throw in staunch opposition and general apathy, and the question of how we feel about VC doesn’t always have an obvious answer.

Before I get to the numbers and the heart of the matter, we have to take a look at the background of Virtual Currency. NBA 2K’s in-game currency was introduced back in NBA 2K13, though only in the console versions of the game. VC wouldn’t make its way into the PC version until NBA 2K15, when the series became exclusive to Steam and received a port of the PlayStation 4/Xbox One release. Although there was some criticism of the practice at the time, the uproar wasn’t as loud as it would become. In fact, this is often used as a defense of Virtual Currency, usually along the lines of “It’s something that’s been there since NBA 2K13. Why are you only complaining now?” 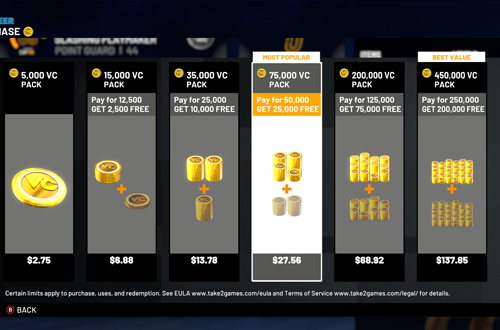 This is, of course, a bad faith argument. Not only were there complaints at the time, but as Virtual Currency and microtransactions have become more intrusive and thus a bigger problem, the outrage has risen, and thus the criticism has become louder and more frequent as the years have passed. Naturally, it’s not the only bad faith argument that’s been made in support of VC. The fact that somebody has previously purchased VC, or the inevitability that it’s something gamers in general will do, is often used in a “Mister Gotcha“-like argument. After all, if you’ve bought VC, then you can’t hate the practice too much, and you certainly can’t criticise something you willingly do…right?

Not quite. The situation with VC and our attitude towards it is complicated, and the answers and comments I received upon posing the aforementioned question bear that out. In both polls, the most popular response was from gamers who had never bought VC, and never would. However, the second largest group indicated that they had purchased Virtual Currency at least once, though they would generally prefer not to. A third group responded that they’d never bought VC, but have felt tempted to do so on occasion. Only a few people answered that they frequently bought VC in NBA 2K and had no issues with the practice, or qualms about doing so again in the future.

There were also comments that expand upon the issue, but even just by looking at the numbers, I believe that despite a small sample size, they provide a good cross-section of how basketball gamers feel about VC. There’s staunch opposition to the practice, but the grindy nature of MyCAREER in particular has led to gamers spending real money on virtual coin on occasion; or at the very least, strongly considering it. There are gamers who are happy to spend above and beyond the purchase price of the game, but most have distaste for microtransactions, even if they have previously or still do engage in the practice. If nothing else, partaking doesn’t necessarily indicate approval. 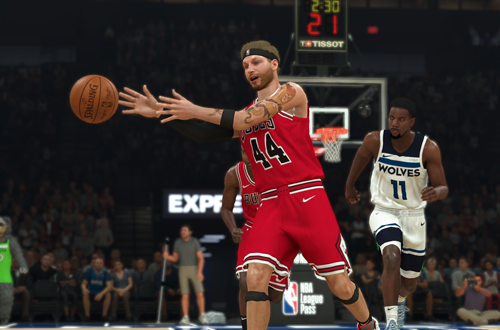 Generally speaking, gamers committed to an offline experience seem to be far more likely to completely abstain from microtransactions, and take a hardline stance against them. At the same time, there are gamers who are willing to spend a little – especially when VC is on sale – to skip some of the grind and ensure that their MyPLAYER is at least competent, online and offline. Online play clearly adds more pressure to upgrade faster, as well as outfit your player in attire that is more likely to identify you as an experienced Park player. As TGsoGood noted, experiencing a corrupted save after spending money on VC to upgrade can be enough to turn you off doing so ever again.

In our Forum topic, Pdub raised a point about the different ages of gamers when it comes to buying VC, and how that plays into how acceptable one finds the idea of doing so. As Pdub noted, by and large, younger gamers have more time to weather the grind year after year, and with less disposable income, are more likely to grind rather than buy. Conversely, older gamers who don’t have the time or patience for the grind, but do have the money to skip it through purchasing Virtual Currency, may instead see microtransactions as a way of getting quicker satisfaction and being more efficient with their free time. From 2K’s perspective, microtransactions are smart business.

The comments that I received on top of the poll results, in my view, really illuminate how our feelings towards Virtual Currency and recurrent revenue mechanics aren’t as straightforward as one might expect. Again, few people are enthusiastic advocates, but plenty of us have bought VC, or been tempted. Even if we don’t necessarily like or condone it, we’ll still justify a purchase here or there, or spend with gritted teeth. Of course, a lot of people are very much against an in-game currency that can also be purchased with real money, but it’s much easier to avoid when you have no interest in the modes that utilise it, or are willing to take the time to grind for it the long way. 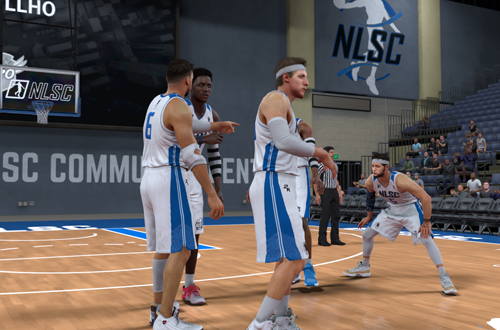 Now that we have that snapshot of the community’s broad opinions on the matter, what’s my take? Well, I think the differing opinions are understandable, and as someone who has previously given in and paid to speed up my progress so that my MyPLAYER is more viable online, I understand the motivation behind reluctantly engaging in microtransactions, or at least feeling very tempted to. There is value in offering a shortcut to gamers who are short on time but flush with disposable income. Spending real money is optional and in that sense unnecessary, and to that end, there’s the issue of self-control and personal responsibility. The industry is a business, too.

However, there are issues with NBA 2K’s recurrent revenue mechanics that need to be acknowledged, and based on some of the points that these polls have raised, I believe they’re worth mentioning again. While buying VC can be seen as a shortcut for those who can afford it, recurrent revenue mechanics are intended to cast as wide a net as possible. As Jim Sterling has pointed out, any gameplay experience that you can pay to skip clearly isn’t as fun as it could and should be, and in that sense, is a solution to a problem that the developers themselves have created. Jim has also discussed a few other major issues with microtransactions that are often carelessly excused by gamers.

Cosmetic items are optional in theory, but when they become status symbols, and a rudimentary form of matchmaking in Park play, their exorbitant prices suddenly become a problem. As I’ve noted before, we see this in other games as well. Kids have been bullied and shunned over not using premium skins in Fortnite, and the pressure to spend is absolutely by design. The inability to be competitive online encourages the “grind or pay” ultimatum; the “stop hitting yourself” approach that Chase talked about in his article over on Operation Sports. That’s not even getting into the whole loot box mechanics of MyTEAM, which also utilise Virtual Currency as a payment option. 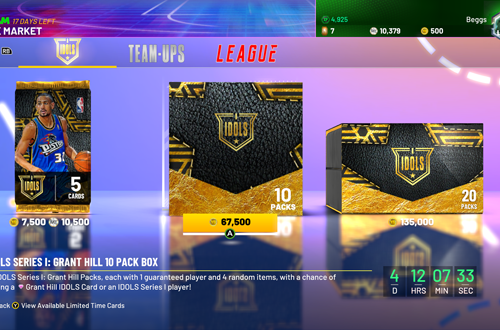 It should also be noted that for all the talk that microtransactions are necessary for games to be profitable, Jim Sterling has debunked that argument on many occasions. Furthermore, the profits from microtransactions mostly go into the pockets of the executives. They don’t go to the hardworking developers, nor are they invested back into the game to fund improvements to server quality and the like. There are a few bad faith arguments that are made about VC and the grind in NBA 2K – in his post, Rodzilla91 mentioned one that he encountered on Reddit – but there’s no denying that they’re predatory, problematic, and video games could definitely work without them.

The complicated and even contradictory feelings that we have about VC are still reasonable, but I also believe we mustn’t be complacent and lose sight of the issues with recurrent revenue mechanics. When progression is something we can happily take a shortcut on, it’s a sign that the experience isn’t actually all that fun. When the ability to enjoy a game and not feel disadvantaged in online play hinges on that choice between grinding and paying, our enjoyment is not being prioritised. I’d suggest that most of us are aware of this, as evidenced by our feelings towards VC, but we also know that it’s an uphill battle. Whether we like it or not, this is gaming in 2020.

Will that change? Probably not without some massive changes to the industry as a whole, though we have seen individual titles change course due to gamer backlash. EA felt it with Battlefront, and even 2K had to pump the brakes after the controversy with NBA 2K18‘s haircuts. Even then though, a handful of gamers tried to justify the approach, demonstrating that attitudes towards Virtual Currency aren’t universally negative. It’s safe to say that most of us don’t support microtransactions though, even if we sometimes partake. I’d like to think if 2K does ever push their luck too far, we’ll take a stand. As a new generation looms, it’s something we need to be prepared for.