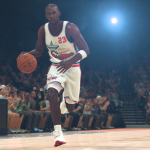 We’re at midcourt, and the ball is about to go up…it’s Monday Tip-Off! Start your week here at the NLSC with a feature that’s dedicated to opinions, commentary, and other fun stuff related to NBA Live, NBA 2K, and other basketball video games. This week, I’m tipping things off with my initial impressions of NBA 2K20.

If you’re an avid basketball gamer, then you know that NBA 2K20 was released last week, and have probably been playing it over the weekend. That’s what I spent quite a few hours doing, on both PC and PlayStation 4. I must admit that while I did remain optimistic throughout the preview season, I wasn’t all that hyped for NBA 2K20. It may be that I’m getting old and have gone through too many preview seasons and launches, but for all the hoopla on social media about 2K Day, I wasn’t that pumped. Looking forward to checking out the new game, sure, but as I said, not overly hyped.

With this seemingly being the last release before a new generation launches, I’d say that my expectations were quite low. I expected some news bells and whistles, and I liked a few of the things I read during the preview season, but I’ve grown a tad cynical when it comes to developer blogs. As such, I wasn’t expecting a huge jump from NBA 2K19. After a weekend with NBA 2K20, my impressions are that it was wise to set the bar at that level. I’d like to spend more time with the game and see what happens as far as any early updates before I deliver a full review, but to tip this week off, I will share my impressions of NBA 2K20 so far.

There are a couple of big changes to the gameplay this year, namely the updated motion engine, and revised sprint control. A lot of gamers have compared the feel of the dribbling controls and player movement to NBA Live, and I’d agree that it’s apt. The players feel heavier, which is a positive in some respects, but it’s brought back a feeling of running in mud; an issue that has plagued more than a few NBA 2K titles in the past. It’s harder to make slight movements by feathering the left stick, which leads to some exaggerated movements and a clunky feel to the controls. It’s better once you get used to it, but right now, it still feels a bit off to me. Something’s not quite right. 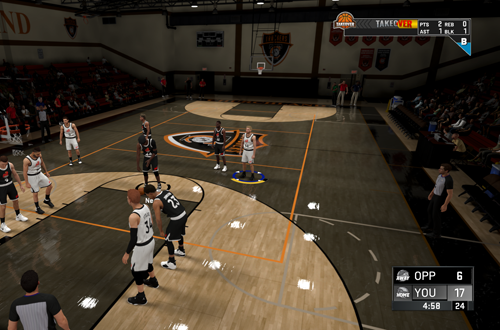 Sliding and skating are still very much present in this updated motion engine. Players still slide and snap into position without proper foot planting. Obviously this isn’t aesthetically pleasing or realistic, but it also affects gameplay as players are able to elude AI defenders who don’t recognise that their man is still moving because their feet aren’t, thus they pull up short as the sliding continues to create space. Dribbling doesn’t feel as responsive as it should, which reminds me of recent NBA Live games and the first few NBA 2K games that adopted right stick dribbling controls. It also feels like CPU players are a few steps quicker, which brings us to issues with sprint.

Sprinting is now a more finite resource, which means you can’t just hold down sprint most of the game and never suffer any drawbacks. I like the idea in theory, and it is implemented fairly well, but at present it’s a little too restrictive. The need to conserve sprint makes it difficult to run back on defense, as well as harder to get out on the break. Because the CPU doesn’t seem to suffer the same penalties, this really affects the transition game, which is obviously a big part of NBA basketball. I think it needs to be tweaked, but not too much. I understand the need to balance online play and make sprinting less cheesy, but currently it runs out and tires players too quickly.

Something that I do like is the new aggressiveness of the CPU. Even on easier levels, the AI is looking to take advantage of mismatches and opportunities. If you give an opponent enough space to drive or leave them wide open, they’re going to try to make you pay. They won’t always be able to finish nor will they get a Green release on all their open shots, but you will be punished for lackadaisical defense. Speaking of the AI having the ability to Green their shots rather than performing according to real field goal percentage, I’d say it’s been effective in making them more of a threat, and keeping us honest on D. It doesn’t feel too overpowered or unbalanced so far. 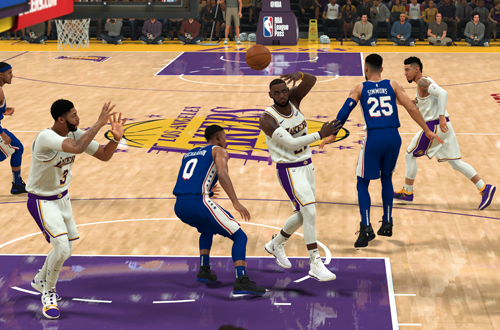 This new aggressiveness and effectiveness can really be felt when you’re going up against a star player. I was playing a MyTEAM Challenge against the new Lakers squad, and trying to defend LeBron James with Kelly Oubre Jr. As you’d expect, it wasn’t easy, and virtual LeBron was looking to take advantage of any and every defensive error that I made. Of course, he was helped out somewhat by my AI teammates as they still don’t rotate as well as they should. AI opponents tend to be smarter on defense, sending double teams more readily (though perhaps a bit too readily at times). Overall the AI has been toughened up, which is an improvement.

I played through the MyCAREER story on PlayStation 4, and will likely do so on PC as well. As I’ve said countless times before, I have a love-hate relationship with the story-driven approach, but this year’s tale is quite decent and well-produced. It does take some interesting turns and changes up the gameplay scenarios with a few pick-up games, invitational games, Summer League play, and even the Draft Combine. The Combine does drag a bit, and the ratio of gameplay to cutscenes still isn’t favourable, but it’s alright. It does provide an opportunity to earn a bit of VC and make progress towards unlocking additional attribute points and Badges, much like in NBA 2K19.

With that being said, it didn’t change my mind about sticking with MyTEAM and MyLEAGUE this year. It looks like the story continues into your first season, which I’m not a fan of. While the grind looks like it has indeed been re-worked so as not to be as painful as it was the last couple of years, there’s still a lot of work, and I’m over it at this point. I’m also not a fan of the pie chart approach, as it feels like we have the restrictions of MyPLAYER Archetypes, just with different framing. I’ve also been hit by the bug where your player’s name is wiped, with no guaranteed fix as yet. It just seems like a good year to move away from MyCAREER and the connected modes. 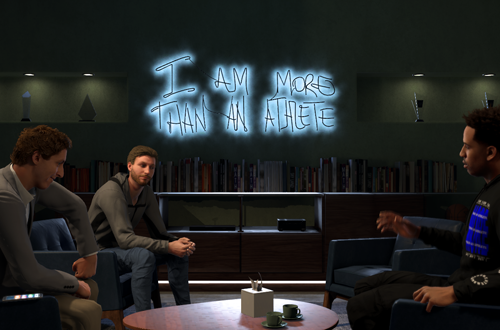 It’s a shame, as it’s now possible to play a team Pro-Am game with either three or five players. I’m not sure it’s the best compromise, and it leads me to believe that there isn’t any deep matchmaking in NBA 2K20; something that was sorely needed. I’d be more annoyed if I hadn’t come to be so burned out and disenchanted with MyCAREER and its connected online modes, but it’s unfortunate for gamers who are still interested in those experiences. I haven’t started a MyLEAGUE game yet, but I’ve made a small dent in MyTEAM on both platforms. I like the earlier access to the Auction House, and general approach to the mode. Hopefully, it should keep me entertained this year.

The 5v5 gameplay – that is, the traditional experience where you control all five of the players – feels fresher and more appealing after years of mostly playing MyCAREER. There are legacy issues with cheesy AI steals, rebounding feeling a bit canned, and our old friend, “press steal to foul”. I wasn’t expecting too much improvement there however, and while the legacy issues are annoying, the game is hardly unplayable. A few adjustments wouldn’t go astray, but I can also appreciate the learning curve. I wasn’t expecting a complete overhaul, or all of the legacy issues to be resolved, so while they need to be pointed out, my expectations haven’t left me too disappointed.

I’m still getting used to the game and making up my mind, while also keeping in mind that it could well change in the near future. The #fix2k20 hashtag has been trending, so while there are a lot of positive impressions of NBA 2K20 in the community, it’s clear that not everyone is happy with it. Selfishly, my hope is that the developers don’t cave in and listen to the gamers who are championing changes that would make the game more unrealistic, or throw away the good ideas that just need to be tweaked in order to be as good as intended. Some technical issues also need to be addressed as soon as possible, so that they don’t get in the way of the experience on the sticks. 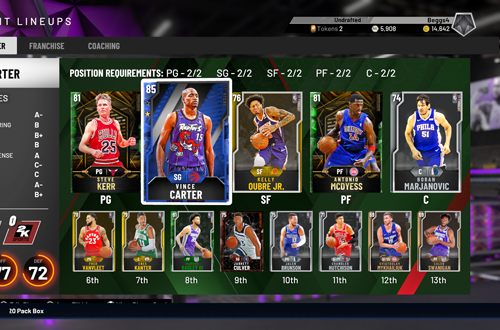 In a way, it’s hard to sum up my initial impressions of NBA 2K20. I’m not incredibly disappointed, but I’m also not blown away. I’m pleasantly surprised in some areas, but underwhelmed in others. I can’t place myself in either camp when it comes to popular opinions about the game; right now, I couldn’t agree that it’s the worst or the best 2K game in years. It’s introduced a learning curve with its updated motion engine, but the tech has new flaws and legacy issues alike. NBA 2K20 has some good ideas, but some of them need tweaking to be properly executed. I think I’ll end up enjoying it, but that also depends on any potential changes. For now, the jury’s still out.

The on court gameplay in PlayNow or MyLeague is in my opinion way better than in MyTeam. It field totaly different

Interesting. It felt pretty much the same for me, save for the difference that fantasy lineups make to the on-court experience. Either way, MyTEAM and MyLEAGUE hold more appeal to me than MyCAREER this year.