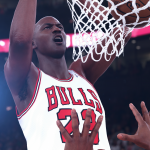 We’re at midcourt, and the ball is about to go up…it’s Monday Tip-Off! Start your week here at the NLSC with a feature that’s dedicated to opinions, commentary, and other fun stuff related to NBA Live, NBA 2K, and other basketball video games. This week, I’m tipping things off with a handful of screenshots from a game between the ’98 Chicago Bulls and ’97 Miami Heat in NBA 2K18.

Today, I turned 33. It’s funny to think that I’ve now been running the NLSC for around half my life! As I’ve said in previous articles, it’s hard to say just how long I’ll keep doing this, but I’m not intending on giving it up anytime soon. I still have a great deal of passion for basketball video games, as well as creating content based on them. After all, I’ve been playing basketball games and watching the NBA for a long time now. It’s a little overwhelming to think that it’s been twenty years since I was getting ready to watch the 1998 season, the last year that the Chicago Bulls were champions. Unfortunately, I don’t think that they’ll be anywhere close to that this season!

It’s important that we keep moving forward, and as I said in Episode #226 of the NLSC Podcast, it’s my intention to try to enjoy this season a little more than I have in recent years. There’s nothing wrong with reminiscing from time to time however, and thanks to the historical content in NBA 2K18, I can indulge in that nostalgia on the virtual hardwood. For this week’s Tip-Off, I’d like to share some screenshots that I took during a game of NBA 2K18 PC, using the 1998 Chicago Bulls against the 1997 Miami Heat. It was a fun game to play, and I’m looking forward to using the historical squads a little more often this year. Without further ado, here are the screenshots! 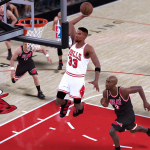 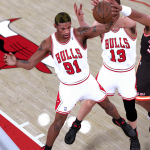 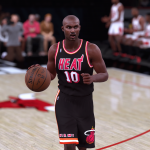 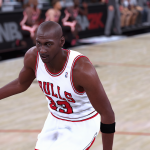 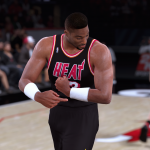 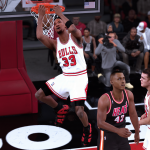 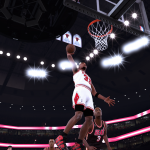 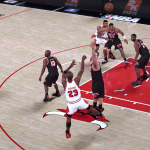 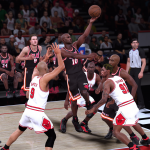 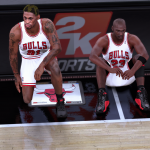 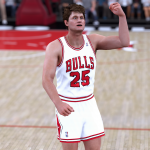 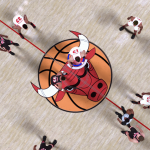 Remember, if you’ve got any NBA 2K18 screenshots of your own that you’d like to share, we’ve got a topic for that here in the NLSC Forum!

Great screens, I’m still playing 2k14 purely because of Rays90s mod. I just can’t commit to the next Gen graphics especially because of the poor retro cfs and stadiums (I’m addicted to 90s ball). I’m still crossing my fingers someone breaks through with something simular for 2k18 …I see some amazing work being done.

Thanks, glad you enjoyed them! Yeah, some of the historical faces really leave something to be desired.

Nice bit of nostalgia there, I remember at that time in the 90’s not wanting to see to many images of the Bulls and Heat because they stood in our (knicks) way so much but now when I see it in video games I find it kind of cool.

Understandable. The Bulls dominated broadcasts the same way the Cavaliers and Warriors do now. If you’re not a fan, and in particular if you are a fan of a rival team, it’s quite frustrating!