Monday Tip-Off: Time to Light the Fire on a New NBA Jam 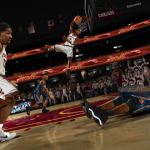 We’re at midcourt, and the ball is about to go up…it’s Monday Tip-Off! Start your week here at the NLSC with a feature that’s dedicated to opinions, commentary, and other fun stuff related to NBA Live, NBA 2K, and other basketball video games. This week, I’m tipping things off with a few thoughts on why it’s time EA Sports brought out another NBA Jam game.

Although I’m a long-time fan of sim-oriented basketball games, I’m also a big fan of NBA Jam from back in the day. It’s something that I’ve mentioned several times on the NLSC Podcast, and it’s likely quite evident from all the times that I’ve covered a topic related to NBA Jam in Wayback Wednesday features. When the possibility of a brand new entry in the series was seemingly hinted at earlier in the year, I compiled a list of things that I believe a new NBA Jam game should have. As much as a new NBA Street game would be great to have, I’m still partial to seeing another Jam title.

Not only do I believe there is still a market for the game, but it feels like the time is ripe to bring back NBA Jam. The success of the original NBA Playgrounds last year has rejuvenated interest in the genre, though it arguably never went out of vogue in the first place. More importantly, we now know that its sequel – freshly renamed NBA 2K Playgrounds 2 – will be published by 2K Sports. With NBA Playgrounds joining the “2K family“, I’d love to see EA Sports resurrect the classic arcade property that it owns the rights to. With 2K going all in on an arcade hoops title in addition to their long-running sim game, it’s time for EA to light the fire on a new NBA Jam.

I’ll not mince words here. One of the main reasons I’d like to see NBA Jam return is that the first NBA Playgrounds – while solid and showing potential – was not on par with any of the best NBA Jam titles to date. Conversely, NBA Jam: On Fire Edition is still one of the greatest the genre has produced. The familiar 2-on-2 arcade experience was there, only with smarter AI and less repetitive gameplay, as well as deep and engaging modes. Granted, we don’t know what Playgrounds 2 is going to be like yet, but an updated version of OFE could take the crown as the premiere arcade game in the eyes of anyone who doesn’t sneer at it just because it carries the EA Sports label. 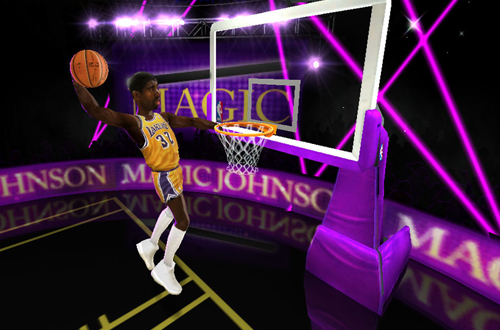 While EA Sports is still working towards regaining its footing in the sim market with NBA Live – and does seem poised to take some really positive steps with NBA Live 19 – the developer has produced some excellent arcade games. The NBA Street series has been well-received, with NBA Street Vol. 2 in particular being a beloved release. The 2010 reboot of NBA Jam was a fine game that was unfortunately affected by the failure of NBA Elite 11, disdain of the EA brand, and faithfulness to the original Jam not necessarily being a good idea in certain areas. With a game like On Fire Edition to its name, EA Sports is absolutely capable of going head-to-head in arcade hoops.

Furthermore, it may be necessary that we have another developer willing to compete in terms of arcade NBA games. While Saber Interactive is still developing NBA 2K Playgrounds 2, as the publisher, 2K is no doubt going to have an influence. Their partnership may result in some great additions to Playgrounds 2, including various Legends and features that are made possible by Take-Two’s resources. However, it also means that there’s a good chance that things will be done the “2K way”. Recent trends suggest that could include anything from intrusive microtransactions to pre-order exclusive content.

With all due respect to the 2K team at Visual Concepts and the Playgrounds team at Saber Interactive, having 2K dominate the market in terms of both arcade and sim hoops games is an unappealing prospect. For all the great and innovative things that NBA 2K has done in bringing us some great sim basketball action, we’re seeing what dominance of the market has meant for us gamers. NBA 2K’s comfortable position has allowed the company to get away with practices that are lacking in goodwill, such as gouging gamers with mechanics that aggressively push microtransactions, as well as deceptive marketing. They need competition to keep them on the right path. 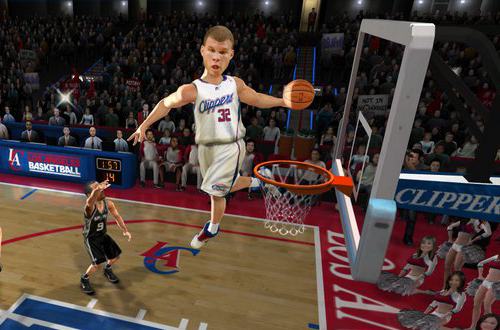 NBA Live 19 will hopefully be a further step towards basketball gamers having two viable choices in terms of sim-oriented, 5-on-5 titles, but with Saber joining forces with 2K, we need to have alternatives with the arcade games as well. One of the most appealing aspects of NBA Playgrounds was that a third developer, independent of EA or 2K, was throwing their hat into the ring with a new basketball game. Yes, Saber is still the developer, but 2K’s influence is going to be a factor moving forward. Look at the WWE 2K games. For that matter, consider what EA did with the smaller studios it was originally only publishing for, and eventually acquired. It’s cause for concern.

If we’re lucky, those concerns will be little more than cynicism and paranoia, and NBA 2K Playgrounds 2 won’t adopt the elements of NBA 2K that are becoming quite problematic and infuriating. If the Playgrounds series does start to go down that path, then having an alternative that avoids those pitfalls would be most welcome. Even if we don’t have to worry about microtransactions and the like, the fact remains that the game is being developed by the same people who made the first one. Again, NBA Playgrounds was solid in many respects, but it also had unfulfilled potential, broken promises, and disappointment in key areas of its modes and gameplay.

To be blunt, it was an inferior game to NBA Jam: On Fire Edition, a game that came out in 2011. In fact, if EA Sports were to polish up OFE for modern systems, update its rosters, and maybe add a few new wrinkles to the Road Trip campaign mode, it would easily be a deeper and more enjoyable game than the first NBA Playgrounds. Indeed, it may also be enough to top NBA 2K Playgrounds 2, without having to add a whole lot of new content or innovate much in terms of gameplay mechanics. Porting OFE’s engine to new hardware is likely easier said than done, but the point is that EA wouldn’t have to start from scratch. They’ve already made a great NBA Jam title. 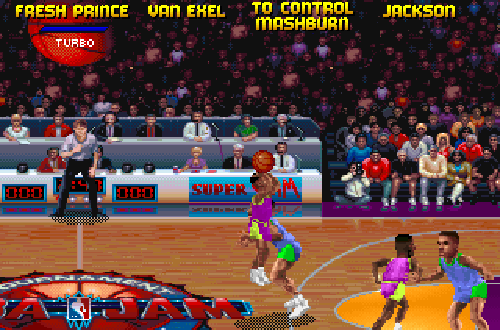 Putting aside any worst case scenarios, there’s also the fact that NBA Jam is a classic brand; an iconic name in basketball gaming with a distinguishable style that shaped arcade hoops. The original game is celebrating its 25th Anniversary this year, and while not every game bearing the Jam moniker has been a classic – especially after Acclaim wrested it away from Midway back in the mid 90s – there are outstanding releases in its lineage. Even if NBA 2K Playgrounds 2 does turn out to be a great game and 2K’s involvement only means good things, it still takes its own approach to the genre. There’s room in the market for NBA Jam’s approach, Fire and all.

I realise that a lot of people would like to see NBA Street return, and I’m in favour of that as well. Occasionally I’ll see younger gamers wondering what the fuss is all about when it comes to NBA Jam, especially if they’ve grown up with NBA Street. The fact of the matter is, if not for NBA Jam, there probably wouldn’t be an NBA Street series, or NBA Playgrounds. At the very least, it introduced many elements that are staples of the genre: relaxed rules, fast-paced gameplay, secret characters, and of course, power-ups. NBA Jam’s net-scorching “On Fire” ability is easily the most iconic of all basketball game power-ups, thanks in no small part to Tim Kitzrow’s famous call.

Since elements of NBA Street are also making their way into NBA Live as part of its connected experiences, and NBA Playgrounds obviously has a street vibe, I believe NBA Jam would be a better choice for EA to bring back. It would stand out from the aesthetic of NBA Live’s The Streets, NBA 2K’s Playground, and of course, NBA 2K Playgrounds 2. The NBA Jam style has paved the way for numerous imitators and successors over the years, and the series has given gamers countless hours of fun. The old games are great, but there’s room for a new title. Arcade basketball gaming is heating up again, and a new NBA Jam game would be the shot to set it On Fire.