Monday Tip-Off: Are Some Basketball Games Too Old To Mod? 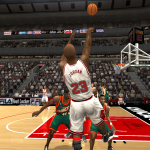 As our regular File Additions bulletins no doubt indicate, we mod basketball games both new and old in our community. I’ve discussed the appeal of modding older games in a previous article, likening it to the pastime of retro gaming itself. It’s fun to dust off an old favourite, not only to enjoy its familiar modes and gameplay, but also to tinker with it. There’s a lot of creative satisfaction in breathing new life into old games, and a certain novelty in seeing current NBA players in a title from many years ago. I would never discourage retro modding, much as I would never discourage retro gaming.

At the same time, modding older titles can present certain challenges and drawbacks. As a basketball game gets older, it can become more difficult to mod, both in terms of performing the required actions and justifying the time spent doing so. Hardware and software moves on, and so do basketball gamers themselves. Even though it’s still fun to tinker and do some cool things with your favourites, it may feel like less and less of a worthwhile exercise as the years go by. I’m currently working on some updates for old games, but there are obviously limits as to what I’d be willing to sink time into. At some point, we do have to ask ourselves: are some basketball games simply too old to mod?

Before we consider whether it’s worth creating a mod for an old game, there’s the matter of whether or not it’s actually feasible. We do still have most of the necessary tools for older games in our Downloads section and finding free alternatives to Photoshop isn’t difficult with paint.net and GIMP being readily available, but a handful of game-specific tools have been lost over time. Certain tools aren’t compatible with newer versions of Windows, either. Any DOS-based utilities can be run using DOSBox, but a 16-bit Windows application such as Brien’s editor for NBA Live 95 can’t be run in any 64-bit version of Windows. Whether it’s a matter of compatibility or availability, creating a mod for an old game may not be possible. 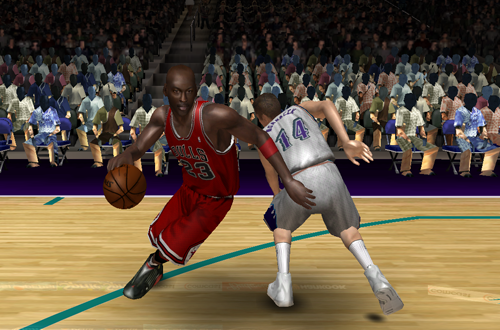 A lot of older games can still be modded and played on newer systems though, and as I said, it’s something that people in our community still enjoy doing. However, even if creating a mod for an older game is feasible, there’s still the question of whether or not it’s worthwhile. Every so often we’ll get a post in the Forum asking if anyone still plays an old favourite, and if so, whether or not there’s interest in modding it. The answer varies from game to game, and as the years go by, even the best releases from previous generations start collecting dust on the shelf (figuratively and literally). Additionally, feelings of nostalgia may lead to an initial outpouring of enthusiasm for new mods for old games, but the interest is somewhat fleeting.

Even though the popularity of certain games does endure through the years – either because there are people who preferred the simpler times, or they feel let down by recent releases – generally speaking, most basketball gamers are playing one of the newer titles. A smaller audience for older games means less people who are going to be interested in mods for them. Therefore, when it comes to big projects, it means a lot of work for a mod that not many people may end up downloading. That doesn’t mean that it’s a pointless exercise, but given the time and effort involved, you have to weigh up whether or not you can justify it. The question is will you feel satisfied and fulfilled, creating content for a smaller audience?

To that end, it’s difficult to provide a definitive and universal answer. For a lot of people, the completion of a mod is its own reward, and just knowing that a few people enjoy it is enough to make it feel all worthwhile. When I created the Definitive NBA Live 95 and Definitive NBA Live 96 mods, I knew they wouldn’t get a lot of downloads – just a handful from retro gamers who felt inclined to check them out – but they were fairly straightforward to make and I got a kick out of working on those games again. On the other hand, when I was feeling a bit nostalgic for NBA Live 2003 and considered creating a retro season mod for it, I considered what would be involved and quickly realised that the demand didn’t warrant the supply. 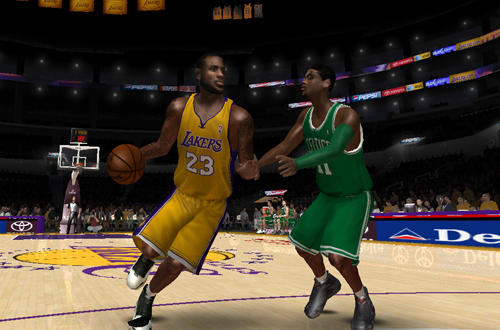 With that in mind, I would say that while no game that can still be modded is absolutely too old to mod, there are some games where a large effort is extremely difficult to justify. To use an entertainment metaphor here, if the game is more than ten years old, you do have to realise that you’re likely going to be playing to less than a full house. Extending the metaphor even further, if you’re talking about a game that can’t easily be run on the latest operating system, you’re probably going to be playing to a couple of people sitting at the bar and the staff on shift. There’s nothing wrong with getting on stage and enjoying the experience, but if you want a bigger crowd, you’ll need a different venue (or in this case, a newer game).

In terms of the overall focus of the modding community, I would suggest that dedicating most of our efforts to the newest game and a handful of regularly played older titles is the wisest approach. If mods can easily be converted between games – such as rosters for NBA Live 2005 through NBA Live 08, or the art files for various NBA 2K titles from the same generation – then there’s merit in expanding those efforts a little. Conversely, it wouldn’t be wise to focus a lot of our efforts on games that aren’t really being played or modded much anymore. Again, that’s not to say we absolutely shouldn’t mod those games, just that they’re not ideal candidates for comprehensive, time-consuming projects, nor community focus.

If you are going to mod an old game, take a look at the activity in the NLSC Forum. Are people still talking about and modding it? When was the last post? When was the last mod release? How popular was the game at its peak, and how has that popularity endured through the years? The answers to those questions should help you to make an informed decision on whether you can justify giving up your free time and putting in the work to make a mod a reality. If it’s fairly straightforward and you can make use of readily available assets – either from your own previous work, or work that’s been provided for you – then it may be more viable. Smaller projects that are relatively quick to produce can also satisfy a creative itch. 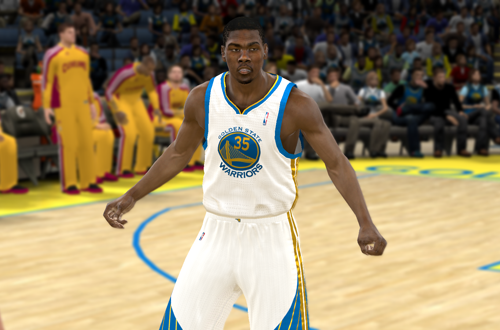 On the flip side, you might find that more people than you thought are still interested in playing those older games, especially when some fresh new mods are released. Just as it’s fun to play with old players and rosters with new mechanics and graphics, a lot of gamers enjoy being able to use current rosters with old school gameplay and a simpler aesthetic. Years of developing mods have given us the skills and knowhow to take old games and make them look shiny and new, so if you’ve got the free time and the enthusiasm, an older game may be the perfect canvas for your art. There’s no harm in doing a little bit of preliminary work, and then putting out a few feelers to gauge and stir up some interest!

Are some games too old to mod? Not necessarily, though some are certainly less than ideal choices. I can attest to it being fun to go back and create new mods for favourites, so it’s not my intention to dampen anyone’s enthusiasm here. It can feel rather unfulfilling when the audience has dwindled though, so be sure to think about the game you’re choosing to mod, and the amount of time that it’s going to take. If the satisfaction of creating an awesome mod and putting it out there no matter how many downloads it gets is sufficient, then by all means, mod whatever game you like! However, if you want to be part of a more active contingent of the modding community, then you’ll definitely need to choose a little more discriminately.