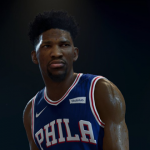 We’re at midcourt, and the ball is about to go up…it’s Monday Tip-Off! Start your week here at the NLSC with a feature that’s dedicated to opinions, commentary, and other fun stuff related to NBA Live, NBA 2K, and other basketball video games. This week, I’m tipping things off with a few thoughts on what has to happen with the NBA content in NBA Live 19, from gameplay to game modes.

The NBA Live 19 demo will be out later this week, and I for one am excited. While NBA Live 18 took many steps in the right direction, there was still a certain amount of roughness and room for improvement. From everything we’ve seen and heard so far, it seems that NBA Live 19 has made another pleasing leap forward. While I do expect that there will still be ways in which the game can get even better in the future, it’s shaping up to be a good year for NBA Live as it continues to make its way back to being a viable alternative for sim basketball gamers.

To that end, however, there is an area that is of some concern: the NBA content. So far, the previews have mostly focused on The One, with a particular emphasis on The Streets World Tour. While this is a tremendous hook for NBA Live 19 and has clearly led to some positive buzz, many of us are a little concerned about the NBA side of the game. Although NBA Live does need to have its own appeal and approach, there are certain aspects where it needs to go head to head with NBA 2K, namely in terms of being a realistic and enjoyable NBA sim. From modes to gameplay, a lot of us are hoping that NBA Live 19 is as good on the NBA hardwood as it is in The Streets.

Let’s start out with the gameplay. I have had a lot of fun with NBA Live 18, but as I said, there clearly was room for improvement as far as the on-court experience was concerned. Judging by the gameplay footage we’ve seen, as well as the impressions from gamers who’ve had hands-on experience with NBA Live 19, Real Player Motion has greatly enhanced animation quality and responsiveness on the sticks. Needless to say, this comes as fantastic news for the game in general, and should go a long way in making this year’s game fun and addicting to play. Of course, there’s more to a quality NBA sim than slick animations and the ability to pull off jaw-dropping moves. 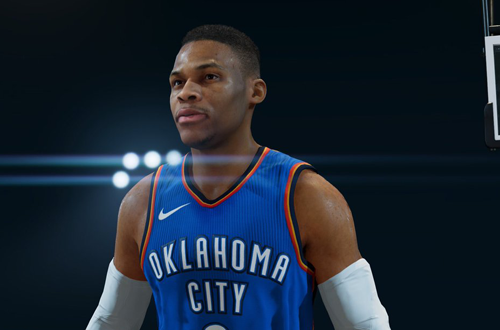 One of the key aspects of appealing to the demographic that is interested in both NBA Live and NBA 2K is to provide gameplay that mimics the real NBA. That means real NBA strategies and distinctive team styles, deep coaching options, and realistic player abilities and performances. It’s important that the Golden State Warriors in NBA Live 19 play like their real life counterparts. It’s vital that shot distribution is true to life, with the right players taking the most shots and being the most difficult to shut down. A sim title needs to play a good game of NBA-style basketball, rewarding gamers for making smart plays at both ends and ensuring that CPU players have a brain.

Just to be clear, it’s not as though those elements were completely absent in NBA Live 18, but it’s an area where NBA Live 19 can definitely do a lot better. Teams tended to play the same way last year, and in general, there weren’t enough three-point or free throw attempts; at least with the default sliders. There were also moments where the AI broke down and couldn’t improvise, leading to players dribbling out the shot clock for a violation or wild shot after everyone stood around watching them. Player skills and tendencies were decent, as was shot selection, but there could definitely be more polish there. After all, NBA gameplay is just as important as The Streets experience.

Of course, while gameplay is extremely important, modes are also vital in terms of the NBA experience in NBA Live 19. I’ve been seeing a lot of people expressing a desire to hear something – anything – about Franchise mode in this year’s game, and I share their sentiments. As popular as career modes are these days, franchise modes still need to be deep and engaging. A lot of basketball gamers are still interested in playing out their GM fantasies and playing through a more traditional multi-season mode in which they control an entire team rather than a single player. An NBA sim needs to have a selection of deep modes, so I hope that there is some good news in that regard. 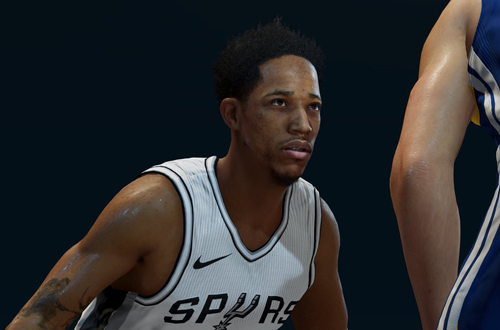 It wouldn’t be fair to expect the same amount of depth as MyLEAGUE or MyGM in NBA 2K19, so I would definitely recommend we don’t set our expectations that high. However, glancing at some of the improvements that have been made to the franchise modes in Madden and NHL this year, I can’t help but feel envious. It has been stated that all of the modes in NBA Live 19 have received some attention this year, so I’m hoping that even though Franchise isn’t the focus, it will have received some overdue additions and enhancements. It’s absolutely something that needs to stick around and be built upon moving forward, because franchise modes are still relevant.

The same goes for Ultimate Team. While not an NBA experience in the same vein as Franchise mode, instead being all about fantasy lineups and challenges, it’s still an appealing mode featuring an aesthetic and gameplay that is closer to the NBA than The Streets. Ultimate Team has been fun, and my mode of choice with Franchise not being deep enough for my liking, but there’s plenty that can be done with it in terms of new features and content. Seeing what’s planned for MyTEAM in NBA 2K19, I believe that Ultimate Team needs to be receiving new content about as often as new LIVE Events are pushed through for The One in order to remain fresh.

Speaking of The One, it obviously isn’t just about The Streets, either. There’s an NBA career to be played through (if you wish), and it also needs to be engaging in terms of gamers feeling like they’re living the life of an NBA player. That means having all the stats screens of Franchise mode, as well as features such as the ability to request a trade. The action on the virtual hardwood needs to be robust as well, with the same NBA strategies and realistic depiction of the sport that we’d ideally see in all of the other NBA-oriented modes. Arguably, realistic strategies and teammate intelligence are even more crucial in player-locked gameplay, since we have less control overall. 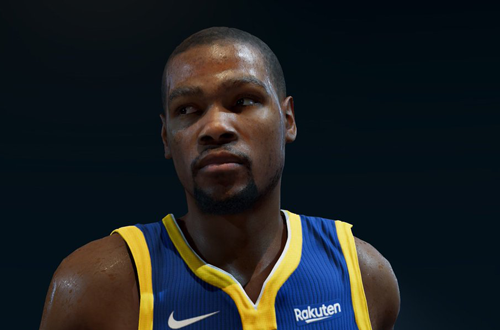 A common complaint I’ve heard regarding the overall vibe and approach to NBA Live in recent years is that there isn’t a big enough focus on the NBA, so it’s important that NBA Live 19 starts taking steps to beef up the traditional experiences on offer. Again, The Streets is a great hook and career modes are very popular these days, so it makes sense to place a certain amount of emphasis on those areas. Those experiences aren’t for everyone though, which is where NBA 2K has a great advantage in its variety of deep modes. To win back the crowd, to properly go head to head with NBA 2K on all fronts, the NBA experience in NBA Live 19 needs to at least be very solid.

With NBA 2K making some missteps in terms of aggressive microtransactions, and even a few slip-ups with its gameplay last year, the door is still open for NBA Live to win back the audience. To do that, it needs to appeal to the varied tastes of basketball gamers: the online and team-up gamers, the franchise gamers, the gamers who prefer the card collecting/team building modes, and gamers who want to play a career as an NBA player. There’s only so much that can be done within one production cycle, but my hope is that NBA Live 19 will have a robust NBA experience, from strong sim-oriented gameplay to engaging modes. If so, it’ll be another big step for EA’s game.

I wish they bring back the legends pool!!!

I wouldn’t rate it as the top priority ahead of gameplay and sprucing up Franchise mode, but it definitely would be good to get some historical content outside of Ultimate Team.

NBA Live is or a street-ball sim, or a basketball arcade, given a look at their points of emphasis. 🙂 Back in Live 05, 08, I remind PC LAN network matches, where the basketball nature presented. I hope on sim now too.

P.S. Andrew, excellent article. I have had a blast to read through it 1,5 times with so many synonyms used (no term is pasted twice) and the broad fly of thoughts.
P.P.S. KD is like a human one-like! 🙂

Glad it came off well! I just hope they don’t forget about the NBA side of things. It’s important to provide a deep experience across the board.