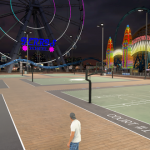 We’re at midcourt, and the ball is about to go up…it’s Monday Tip-Off! Start your week here at the NLSC with a feature that’s dedicated to opinions, commentary, and other fun stuff related to NBA Live, NBA 2K, and other basketball video games. This week, I’m tipping things off by firing up NBA 2K17 and NBA 2K18 to see if anyone is still playing them online.

Unless 2K plans on extending their support for NBA 2K17 beyond the 27 months the company pledged following the controversy surrounding NBA 2K14, the game’s servers will be shut off at the end of this year. That gives anyone who is still playing the 2016 release a couple of months to get as much out of it as they can before online support finishes. Anyone still playing NBA 2K18 will have a little longer, as its servers aren’t due to be shut down until the end of 2019. This approach essentially affords each game two seasons worth of online support, plus three months.

While that won’t appease everyone, it’s a reasonable assumption that most gamers will have moved on to a new release in that time. Indeed, we can assume that a bulk of the fanbase has already moved on to NBA 2K19, but how many people are holding out and still playing NBA 2K18? For that matter, how many people have stuck with NBA 2K17 for the past couple of years, or picked it up again? I recently booted up both games on PlayStation 4 to see if I’d find many people still active in MyPARK and Pro-Am Walk-On, rather than hooping it up in NBA 2K19. The results were certainly interesting, at least on the Australasian servers.

I began with NBA 2K17, which required temporarily clearing some hard drive space and reinstalling the game (I’ve yet to invest in an external drive for additional storage for my PS4). After the game finished installing and the final patch had downloaded, I made the mistake of restoring my NBA 2K17 files from the cloud. This overwrote my MyCAREER save with an earlier version, which took me from early on in my second season back to midway through my first (and from 95 Overall back to 92). Although I was unlikely to return to it, I’m still kicking myself for my carelessness! In any event, I still had a working MyCAREER save with intact Park Rep, which was all I needed. 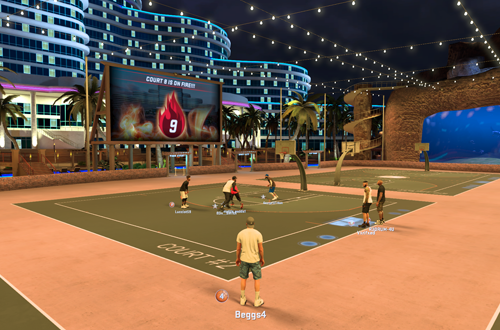 Loading into my affiliated MyPARK – Sunset Beach – I was surprised to see a decent amount of activity. There were several empty courts, yes, but more than a couple of games were taking place, and other gamers were lining up because they wanted next. I remembered returning to NBA 2K17’s MyPARK last year and only seeing one game in progress, with no one else waiting around to play. At the time, I assumed that most gamers must have moved on to NBA 2K18, at least as far as the online modes were concerned. As it turns out, there are definitely still people playing NBA 2K17, with a respectable number of them online in the early evening Australian time.

With my Park Rep still intact despite my blunder with the save file – it seems that that data is tied to our PSN accounts rather than the save, fortunately – I was able to travel to Rivet City and Old Town. I’m not sure if it was simply the luck of the draw as far as the server I loaded into, or perhaps it’s because I’m a visitor rather than affiliated with either of those parks, but they were completely deserted. Looking around, they were both hauntingly empty and quiet. I encountered the same thing when I checked them out last year as well. If I do ever want to get a game of MyPARK in NBA 2K17 before the servers are shut off, it seems that Sunset is the place to go.

Before I left the mode, I entered Pro-Am Walk-On to see if there was any activity there. Unsurprisingly, I was the only player in the gym, shooting around alone. I stuck around for a little while just to see if anyone else would show up, and wasn’t shocked when no one did. Having satisfied my curiosity regarding NBA 2K17, I left the Walk-On arena, and the game. Given that there is still some activity on the Australasian servers, I’m guessing that there are people still playing on both the North American and European servers as well. Clearly there are folks who still prefer NBA 2K17, though they won’t be able to play it online for very much longer. 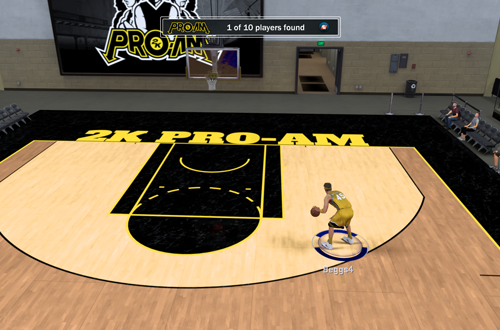 Next, I decided to see how active things were online in NBA 2K18. I had loaded into the game’s MyCAREER mode fairly recently to get a few screenshots, so I wasn’t surprised to see a bunch of people milling around the Allen Iverson statue when I spawned there. I thought it might be a little quieter given that the consensus is that NBA 2K19 is the superior game and the release we should’ve received last year (a point of view I’d generally agree with), but not everyone has moved on just yet. Not only that, but judging by some of the MyPLAYERs I saw rated in the 60s and 70s, it’s not just MyCAREER veterans grinding for 99 Overall, but newly created players, too.

Seeing The Neighborhood bustling, I headed over to the subway to scope out The Playground. Once again, not every single court was in use, but it was considerably busy with multiple games and people lined up on Got Next waiting for their turn. Considering that I’d encountered Playground servers that were virtually empty towards the end of my time playing NBA 2K18, I wasn’t expecting to see that much activity following the release of NBA 2K19; especially given the more favourable reception of this year’s game. Their reasons for not playing NBA 2K19 no doubt vary, but quite a few people are still trying to get the most out of NBA 2K18 online.

After I’d finished looking around The Playground, I headed over to the Walk-On arena. As with NBA 2K17, I was the only one there, and no one showed up while I stuck around and took a few shots. I thought that the NBA 2K League might have encouraged a few folks to keep playing Walk-On at least, but recalling my own experiences with random teammates, it’s probably safe to assume that anyone who’s enthusiastic about Pro-Am is in the Jordan Rec Center or on a squad in NBA 2K19. To that end, it would appear that MyPARK and The Playground remain the online modes of choice for gamers still playing NBA 2K17 and NBA 2K18. 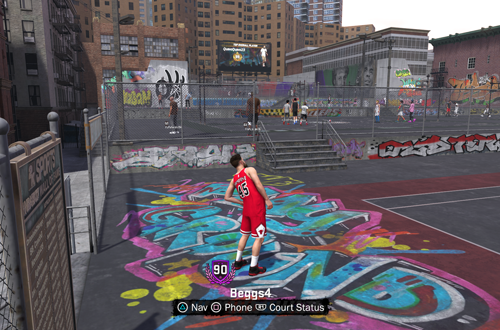 Basketball gamers sticking with or returning to an old favourite because they don’t want to buy the latest game, or don’t like it as much as the previous release, is not a new phenomenon. As the work of our modding community often demonstrates, there’s a contingent of gamers that prefers an old favourite over the newest game. However, with the popularity of online gaming on the current generation, not to mention the tendency for a majority of the fanbase to move on to the latest release, I am a little surprised to see so much activity in NBA 2K17 and NBA 2K18’s online modes. I wonder how many of them will be moving on to NBA 2K19 at some point.

Given the backlash and disappointment with last year’s game, perhaps more gamers than usual are holding out on getting NBA 2K19, at least for now. For those who have chosen to stick with NBA 2K17, though, they’ll need to make a decision soon: find enjoyment in the offline modes, move on to NBA 2K18 for the next year, or make the jump to NBA 2K19. It seems highly unlikely that 2K will extend the online support for NBA 2K17 past the end of 2018, so the clock is ticking. With that being said, with over two years of playing the game under their belts, they’ve obviously been getting a lot of out it. Hopefully, they’ve been more careful with their save files than I was.

I’ve considered jumping back to 2K18’s Playground briefly because I have better builds I spent considerable VC on in that game (pure sharp, sharpshooting slash and sharpshooting shot); before paying anymore for 2K19 VC, I was gonna use it as a testing ground to see if it was worth it.

I can only speak for the Australasian servers, but I’m guessing you’ll be able to get some games if you jump back on NBA 2K18 (at least on console). I just wish I hadn’t carelessly restored my MyCAREER save from the cloud and lost all that progress/record of my accomplishments in NBA 2K17.

It’s unfair that they closed the server. They makING bad games so you have to download a patch. For a strange reason the Magic and King disappeared from my NBA 2k12 for ps3. Guess what? I can’t longer download again because they shutdown the servers…

It’s unfortunate (especially when it comes to the official rosters for older titles), but the older games get, the harder it is to justify the resources to keep the servers running.