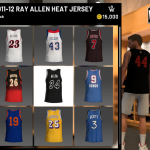 We’re at midcourt, and the ball is about to go up…it’s Monday Tip-Off! Start your week here at the NLSC with a feature that’s dedicated to opinions, commentary, and other fun stuff related to NBA Live, NBA 2K, and other basketball video games. This week, I’m tipping things off with another look at the in-universe value of VC in NBA 2K20’s MyCAREER.

Didn’t I already examine the in-universe value of VC this year? I did, but since then, one of the patches quietly nerfed salaries and some of the incentive payouts. To that end, I’m interested to see how the in-universe value of VC has been affected by the new base salaries. Since the prices of items haven’t changed at all, their in-universe value will of course still look ridiculous regardless. For accuracy’s sake though, I thought that I’d go back and redo the calculations in order to determine the current figures. Presumably, no further nerfs or buffs are in the pipeline.

Once again, you may wonder what the point of all this is. After all, the dollar amounts don’t have any practical use or bearing on the experience, and the comparison of item prices to per-game salaries already speaks for itself. I maintain that it underscores that discrepancy however, and is useful information to know when someone excuses the need to purchase basic items as being a measure of realism. Yes, clothes in the real world aren’t free, but by the same token, a basic t-shirt doesn’t cost more than an NBA player’s single game earnings; even a player on a minimum contract. With that being said, let’s see how the in-universe value has changed following the VC nerfs.

First of all, here’s a refresher on the maths and the sources behind these calculations. The base amount of VC earned for each MyCAREER game is clearly displayed as your player’s salary. On the Contract tab in your player card, an equivalent dollar value is listed so that your player can appropriately count against the salary cap; after all, your AI teammates aren’t paid in VC! Dividing the dollar amount of your contract by 82 provides an approximate in-universe value for your per-game VC earnings. I know that you can play more than 82 games in a year with the Playoffs, but close enough. Divide that figure by your VC salary, and you now have the value of 1 VC. 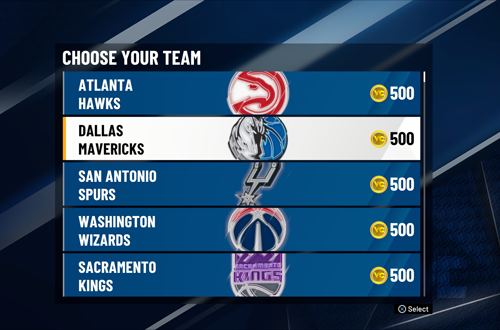 From there, it’s easy enough to put an in-universe dollar amount on any item in The Neighborhood’s stores, simply by multiplying the value of 1 VC by the price tag. To recap my calculations made prior to the nerf, skipping the story and starting with a salary of 750 VC equated to a $910,000 contract, or $11,097.56 per game. That meant 1 VC was equivalent to about $14.80, rounded up. If you played through the story, moved up in the Draft and earned a 1000 VC per game contract, then the resulting $2.06 million contract meant an in-universe value of $25.12 for every 1 VC. Under these exchange rates, a premium throwback jersey ranged from $370,000 to $628,000.

So, what’s changed in the update? Well, 750 VC is now the top salary that you can earn by playing through the MyCAREER story, while 500 VC is the base salary across the board if you skip it. The dollar amounts under the Contract tab remain the same, so we can easily calculate that a 500 VC contract now equates to about $22.20 per 1 VC, while a 750 VC contract is around $33.50 per 1 VC. That aforementioned premium throwback jersey with its price tag of 25,000 VC is therefore now worth between $562,500 and $837,500 in-universe, depending on the exchange rate. In other words, in-universe price tags have become even more ridiculous!

More to the point, while the base salaries have been nerfed, the price tags on clothing and other items in The Neighborhood remain the same. That means there’s less VC to divide up between attribute updates – which also aren’t any cheaper than they were before – and various accessories for your player. Granted, you don’t need to buy your player fancy clothes, but if you want to get games in The Playground, not having an outlandish outfit is often a deterrent. MyREP is arguably more important now as far as evaluating potential teammates, but fashion still makes you stand out, for better or worse. Or hey, maybe you just want some accessories for NBA and Pro-Am games. 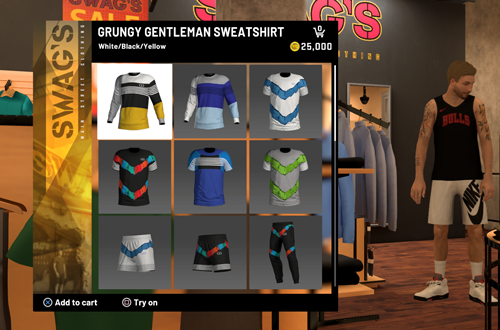 It may sound cynical, but it’s basically another push towards buying VC. As I said when I discussed the nerfs back in October, it’s possible that the developers have evaluated how quickly gamers were reaching 99 Overall, and tried to balance the rate of progression. It’s understandable if so, but not very fair to late adopters or anyone who has to start over with a new player. The lack of transparency stings just as much as the nerf, too. All that aside though, it’s difficult not to think that the nerf has been done to encourage more microtransactions by increasing a grind that had originally been made less tedious compared to recent years. It undid a measure of goodwill.

What this amounts to is that the base salary for a MyCAREER game if you skip the story is less than the cost of a plain black t-shirt at Swag’s. It’s also barely enough to upgrade more than one attribute, and as your ratings increase it won’t even be enough for a one level upgrade. The VC bonuses for stats, Teammate Grade, and performance incentives do help out of course, as does grinding other means of earning VC, from the Daily Spin and Daily Pick ‘Em to MyCOURT shootaround tasks and endorsement events. Still, it’s hardly a fair or realistic economy even if you play through the story to get 750 VC per game, and the in-universe dollar value is tremendously unrealistic.

Speaking of endorsement events, I realised that I’ve never bothered calculating their in-universe value. A single event can provide a generous lump sum that’ll help out with upgrades and other purchases, and while it’s still less than a premium throwback jersey, those fees are equivalent to playing a handful of games. My deals with Beats (4925 VC), Jordan (5250 VC), Gatorade (4900 VC) and 2K Sports (4425 VC) would allow me to earn over $100,000 in-universe for a single appearance under the current exchange rate. The Daily Bonus tasks offer up to 5000 VC, or $167,500. The top prizes of 2000 VC and 4000 VC on the Daily Spin are good money, in-universe. 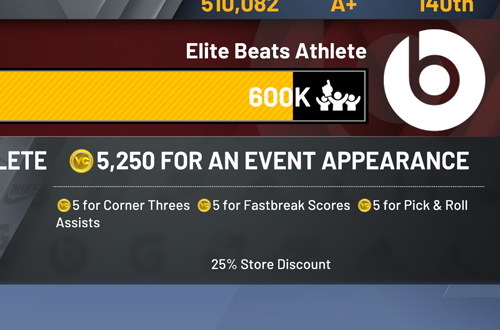 While it’s possible to think more positively of the in-universe value of VC in these terms, the “generosity” of these potential bonuses pales in comparison to the general expense in MyCAREER and its connected modes. Again, the discrepancy between price tags and earnings is already painfully apparent, but working out what they equate to in dollars highlights just how unrealistic they are. Dismiss it as geeky and a pointless exercise if you will, but if you’re going to defend shopping in MyCAREER as injecting realism into the experience, it’s absolutely worth noting that the value of VC and the subsequent price tags in The Neighborhood are in no way realistic.

And so, that’s the way it goes. The little bit of goodwill that 2K earned at launch is now gone, courtesy of a sneaky nerf. MyCAREER is back to where it was last year as far as VC earnings and their in-universe value, and I don’t anticipate the situation changing significantly in NBA 2K21. It may be slightly better or worse, both in terms of VC and its in-universe value, and it may even remain consistent throughout the entire year, but I highly doubt it’ll ever be fair or realistic. And of course, there’s the perennial issue of starting over from scratch, so all the hard work and grinding from the previous year goes straight out the window as the process begins anew once again.

For a lot of gamers, that’s just the way things are now. Get with the times, grandpa, or go play something else! Well, you’ve got a point, and this is one of the reasons that I feel comfortable in leaving behind MyCAREER and spending time with other modes instead. However, I don’t think enthusiasts of MyCAREER and its connected modes should have to put up with the situation, and it does us no favours if we justify these practices. If nothing else, if you’re going to sneer at the complaints regarding VC, consider the implications of the price tags, along with the in-universe value. The whole “realism” argument doesn’t hold any weight once you crunch the numbers.