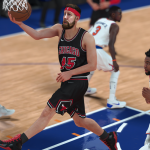 We’re at midcourt, and the ball is about to go up…it’s Monday Tip-Off! Start your week here at the NLSC with a feature that’s dedicated to opinions, commentary, and other fun stuff related to NBA Live, NBA 2K, and other basketball video games. This week, I’m tipping things off by revisiting my issue with dunking back in NBA 2K18’s MyCAREER.

From the first iteration of MyPLAYER Archetypes to NBA 2K20’s pie charts, player builds have been a contentious aspect of MyCAREER and its connected modes. The approach is intended to balance the game and allow us to create the type of player that best suits us, but in reality, it’s proven to be very restrictive. Only a handful of builds are viable – especially when it comes to online play – and those tend to be noticeably overpowered. Conversely, a lot of the builds that aren’t as viable are often outright broken, and not enjoyable to play with.

I encountered a very strange issue with dunking back in NBA 2K18, playing as a Sharpshooting Playmaker. Despite increasing my ratings, equipping the appropriate animations, and being very familiar with the advanced shooting controls, I was rarely able to get my player to dunk. Hearing that there might be an issue with tendencies for point guards created in The Prelude, I contacted 2K Support. Predictably, they were no help whatsoever. I’ve since made a few observations when creating similar builds in NBA 2K19 and NBA 2K20, and so this week, I’m briefly revisiting NBA 2K18’s MyCAREER to see if I can actually resolve my dunking issue.

In NBA 2K18, it was extremely rare for my player to attempt a dunk, except when wide open on the break. If any defenders were in the vicinity I was laying it up, even if there was plenty of room to sky for the jam. Conversely, I was able to throw it down often in NBA 2K19, and having levelled up a MyPLAYER while waiting for the season to begin and the rosters to be updated for a MyLEAGUE game, I’ve been able to do the same in NBA 2K20. This got me thinking that there may have been something that I overlooked, some solution that I didn’t try a couple of years ago. I wanted to see if my observations in NBA 2K19 and NBA 2K20 could be helpful. 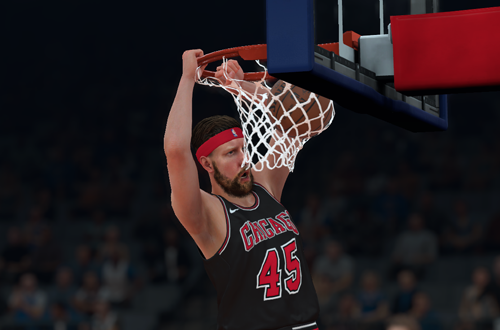 What I’ve since noticed about trying to dunk with a 6’3″ shooting playmaker build is that it’s important to both reach a certain level in dunking ratings – both driving and standing – and equipping the right animations. Needless to say, the higher your dunk ratings, not only are you more adept at throwing it down, but more likely to attempt to slam it home as well. Once you’re above a rating of 60 for driving dunks, it’s easier to get dunks on the break and in the halfcourt. Ensuring that you have Under the Basket dunk packages assigned – something that usually requires a standing dunk rating of around 40 – will allow you to trigger dunks closer to the basket, and dunk more often.

Thinking that I may have discovered the root of the problem, I fired up NBA 2K18. I actually loaded up my MyCAREER save earlier this year in order to get screenshots for a feature, but I hadn’t actually played a game since early 2018. Checking on my player’s ratings, I immediately saw that his dunking attributes shouldn’t have been a problem. With a driving dunk of 61, standing dunk of 48, and contact dunk of 59, his ratings should’ve been sufficient to attempt to slam more often. I also checked the animations I’d assigned, and two Under the Basket packages were equipped. It was looking like I wouldn’t be able to solve my dunking issue after all.

Since I wouldn’t know for sure until I played a game – I was always able to dunk on cue and break out all the fancy dunk packages in MyCOURT – I proceeded to the next game on the schedule. Despite my best efforts, and everything seeming to be in order considering my experiences with similar builds in NBA 2K19 and NBA 2K20, the inability to dunk was soon apparent. I managed to get one dunk in the open court after getting a steal, but that was it. No matter how much space I had, stamina I had left, and contrary to every factor that suggested I should at least get a couple more slams, my drives only produced layup after layup. I can only conclude that it’s indeed a bug. 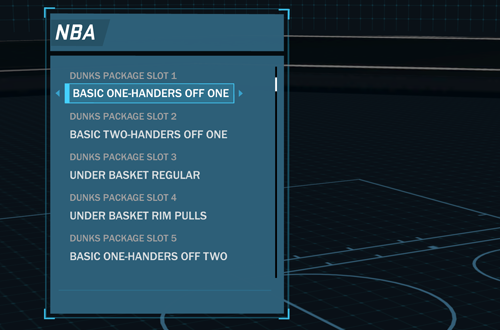 This discovery left me with mixed feelings. On one hand, I was disappointed as I was sure that I’d discovered the secret to fixing that dunking issue, based on what I’d noted trying to get similar builds to dunk regularly in subsequent games. On the other hand, I was happy to confirm that it wasn’t a problem with the animations I’d equipped, or simply not knowing the ratings and controls. It brought a sense of closure, as I have wanted to revisit NBA 2K18 and try to resolve my dunking issue since I experienced more pleasing results in NBA 2K19. I wanted to make sure that it wasn’t just me and that it was a bug or flaw in the Archetype’s tendencies, and it appears that’s the case.

Of course, it highlights how sloppy and broken NBA 2K18 was. The fact that my dunking ratings with that Archetype were sufficient to unlock dunk packages such as windmills, cradle dunks, and a few other fancy slams, yet couldn’t actually pull them off anywhere except MyCOURT, points to a very flawed design. It was even more disappointing after the less restrictive approach to dunk packages in NBA 2K17, as my Playmaker in that game was quite the aerial wizard. You might suggest that toning that down was more realistic, but given the amount of unrealistic and broken aspects of Archetypes in NBA 2K18, it wouldn’t make much sense to draw the line there.

Since I’ve dusted off NBA 2K18, I should also comment on how well it holds up apart from the dunking issue; especially since a lot of gamers who are unhappy with NBA 2K20 have made comparisons between the two. Something you’ll notice right away is how much faster NBA 2K18 is, and in that regard, NBA 2K20’s toned down speed is more realistic. The balance between the speed of the user and AI-controlled players is probably better in NBA 2K18, though. NBA 2K20 is far superior in terms of physics, however. I’d forgotten just how much clipping there was in NBA 2K18, and having played it again, I do have a greater appreciation for the subsequent improvements. 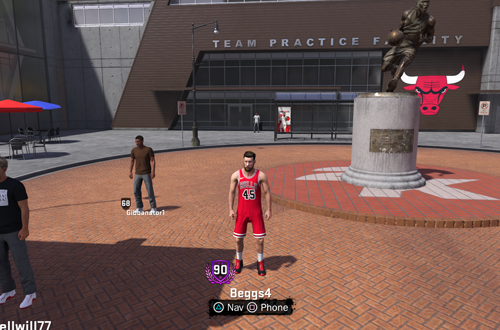 What surprised me was the number of people who are still playing NBA 2K18, at least on the Australasian servers. I expected to load into a deserted Neighborhood, but that wasn’t the case. It wasn’t exactly bustling as it was when NBA 2K18 was new, but there were more than a couple of players standing around. I didn’t venture over to The Playground to see if any games were going on, and I doubt I’d be able to get a walk-on game going, but there are still people playing MyCAREER and grinding up their players. I knew quite a few people had stuck with NBA 2K19 from going back and retiring my player, but I didn’t expect to see so much activity in NBA 2K18.

In any case, having confirmed the situation with my dunking issue, I’ve once again put NBA 2K18 aside. It’s obviously quite feasible to return to older titles as long as you’re only interested in single player experiences that don’t require connectivity – as it stands, NBA 2K18’s servers will be shut down at the end of this year – but apart from getting screenshots or footage for features, I have no need or desire to play it. On top of confirming the dunking issue, dusting off NBA 2K18 has shown me that while I may have my complaints about NBA 2K20, it’s the superior game. That goes beyond being able to dunk more often, but I’d be lying if I said that didn’t help just a little bit.