Monday Tip-Off: That One Change Every Year 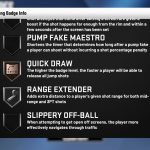 We’re at midcourt, and the ball is about to go up…it’s Monday Tip-Off! Start your week here at the NLSC with a feature that’s dedicated to opinions, commentary, and other fun stuff related to NBA Live, NBA 2K, and other basketball video games. This week, I’m tipping things off with some thoughts on how every year, there seems to be at least one change in basketball video games that many of us dislike.

It’s fair to say that we want to see change in basketball video games year-to-year; for the better, ideally! As much as we criticise the parts of games we don’t like, we have seen quite a few positive changes that have improved the overall on-court experience. Basketball games have come a long way, and it’s clear that some of our feedback has been taken into consideration by the developers. It always comes as welcome news when a major frustration is addressed in a new game, and the new approach allows us to enjoy it a lot more than its predecessor.

And then, there are the changes we don’t want to see. Everything was fine and the way we liked it, and suddenly, it’s drastically different. Sometimes it’s a matter of getting used to the change, but other times, it’s a pointless switch from something that was working and didn’t need to be touched. Whether it’s a major gameplay mechanic, a menu option, or something content-related, it’s a rare game that doesn’t have at least one noticeable change that won’t sit well with many of us. It may not completely ruin a game, and it may not be important to absolutely everyone, but it’s significant enough for a number of us to be bothered by the difference to the previous year’s release.

It’s particularly frustrating when it feels as though one issue has been resolved and a new one created, as if there needed to be a trade-off. Cynical as it may be, you can be forgiven for thinking that it’s done intentionally to ensure that there’s something to fix in the next game. For the record, I don’t subscribe to that theory as even if all of the legacy issues in NBA Live and NBA 2K were fixed in their very next iterations, there would still be things they could do to enhance the games and provide a hook to sell copies of their sequels. Nevertheless, I’m all too familiar with the pain of wishing that a game still did something the same way that its predecessor did. 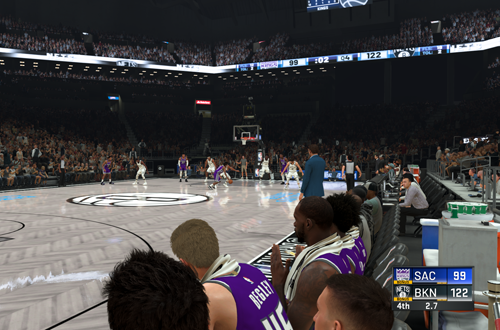 I can name a few examples from NBA 2K20, specifically in MyCAREER, though it has admittedly benefited from some changes this year. I like the change to Badges as it has simplified and slightly reduced the grind, though the Quick Draw Badge for shooting speed was a mistake. There were also some good changes to the Daily Prize Wheel, including being able to choose cosmetic prizes, and a global timer reset every 24 hours. However, the new MyREP system is much worse for basic rewards such as unlocking MyCOURT customisation and NBA animations. For some reason, the team records screen was removed, though other useful stats screens were also added.

Perhaps the most puzzling change in MyCAREER is the need to watch the final few seconds of the second and fourth quarters play out if you’re on the bench for them, and have simmed to your next appearance or the end of the game. I can’t imagine that anyone asked for that change, as it defeats the purpose of skipping passive gameplay. Even the simulation option is now press-and-hold to skip, rather than a single button press as in previous years. There was no need to implement a change that slowed the game down like that. While it doesn’t completely undermine some of the good ideas that were added in NBA 2K20, it’s a change that leaves you wondering “Why?”

MyTEAM offers up some examples as well. The Auction House is easier to unlock this year, which was a welcome change. However, I preferred last year’s approach of historical collections to the way retro player cards are distributed in NBA 2K20. I’m also not a fan of the ridiculously overpowered cards that have no regard for the actual player’s abilities, be it role players that are Diamond level or better, or the “glitched” and Out of Position cards that have unrealistic maxed-out ratings and Badges. I like and appreciate the daily and weekly login rewards, though some of the rewards on offer haven’t had the best value, especially once Auction House prices began to soar. 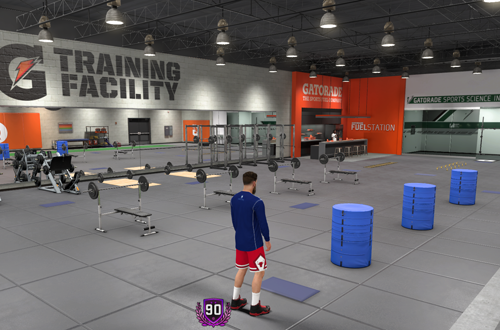 Going back through every basketball game I own, there are probably very few titles that don’t have at least one change that I wish hadn’t been made. Off the top of my head, the new restrictions in team Pro-Am introduced in NBA 2K19, three shooting buttons and the rotations menu in NBA Live 07, restrictions on team customisation in NBA 2K17’s team Pro-Am, the workout boost system that debuted in NBA 2K18’s MyCAREER, the removal of the “complete trade” dialogue box in NBA Live 2001‘s Franchise mode, and some of the other alterations to controller configurations and mechanics that have often occurred annually, are all examples that come to mind.

That brings us to the question of why some things are changed, especially when the phrase “if it ain’t broke, don’t fix it” comes to mind. We can only speculate in some cases, but I would suggest that something Mortal Kombat creator Ed Boon once said does shed some light on why games of all genres look to reinvent themselves and add unnecessary changes. There’s pressure for new games to try out new ideas, to not be stale and to have hooks that draw gamers in. In that regard, we share the blame here. We claim to want the same old thing (perhaps only better), but then complain that games are lazy re-skins and minor upgrades when they don’t feature major changes.

The pressure also comes from executives, of course, as they’re concerned with profits, not the nuts and bolts of the gameplay experience. In the best case scenario, it results in a few failed experiments, and maybe one or two changes that end up being altered again in subsequent releases. In the worst case scenario, we see a situation like NBA Elite 11, where the demand for a complete overhaul ends up destroying the product and causing far more damage in the long run. These days, I’d also file the presence of increasingly intrusive recurrent revenue mechanics under the heading of changes that undermine the additions and improvements that been made elsewhere in the game. 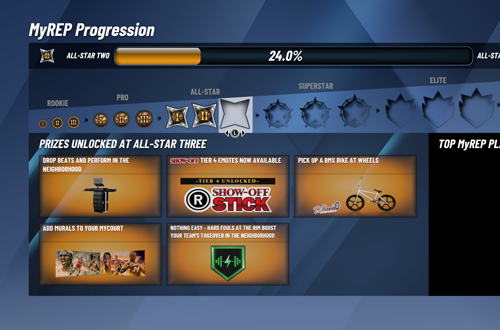 As I noted however, it doesn’t even need to be sinister or gamebreaking to leave us feeling frustrated and disappointed. Again, we may be able to get used to the change in time, but it still gnaws at us, detracts slightly from the overall experience. It’s even worse if it isn’t balanced out with something that we did want to see happen. At least with some of the examples I’ve given, the undesirable change was accompanied by ideas I was glad to see. The trade-off isn’t ideal, but it’s preferable to feeling like a mode you enjoy has been ruined in every way possible, either by multiple changes or a change to the one aspect that was crucial to you being able to have fun with it.

You wish that you could meet with the developers and insist that they leave a specific feature alone, to never change it because it’s perfect the way it is. Of course, it may only be perfect in your eyes. We all have different preferences, needless to say, and the one change that bugs you might be welcomed by other gamers with open arms. If you’re in the minority as far as preferring an aspect of the game to be a certain way, then there was probably a significant amount of pressure and perhaps a good reason for the change you dislike. Ideally, basketball gamers should cater to everyone as much as they can, but that’s easier said than done and hard decisions have to be made.

Looking ahead to NBA 2K21, last week’s developer blog has hinted at a few changes that may well prove to be unpopular. The new shooting and dribbling controls on the Pro Stick will be an adjustment, particularly the right stick targeting system. Time will tell how successful the approach turns out to be, especially if other legacy issues still cause us frustration. On the other hand, the aforementioned Quick Draw Badge has been done away with, making shot speed part of the Jumpshot Creator once again. That stands as an example of how an unpopular change needn’t be permanent, though we’re still left to wonder why it was previously implemented in the first place. 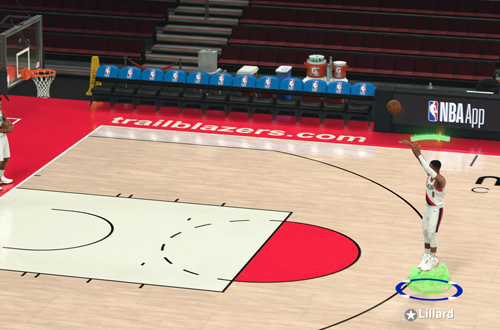 Ultimately, we need to accept that there’s probably always going to be one change every year that we disagree with. It’s frustrating because it makes it far less likely that we’ll ever get what we each envision to be the perfect basketball game, but depending on the reasons for the undesirable change, there may be a possibility that next year’s game will give us the best of both worlds. To that end, we need to be ready to speak our minds when developers seek feedback, but also adapt to change as necessary. As long as an undesirable change or two is inevitable, it’s something we’ll need to power through as best we can, until such time as our basketball gaming habits also shift.