Monday Tip-Off: The Problem with MyREP 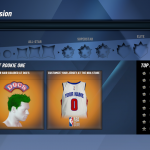 We’re at midcourt, and the ball is about to go up…it’s Monday Tip-Off! Start your week here at the NLSC with a feature that’s dedicated to opinions, commentary, and other fun stuff related to NBA Live, NBA 2K, and other basketball video games. This week, I’m tipping things off with a look at MyREP in NBA 2K20, and how it’s a symptom of a bigger problem.

I have to say that it’s been refreshing to shift my focus away from MyCAREER in NBA 2K20. I’ve been enjoying MyTEAM, and once we get closer to the start of the season and receive updated rosters, I’m ready to get stuck into MyLEAGUE as well. With that being said, I have spent a little time in MyCAREER so far. In the interest of providing a comprehensive review, as well as satisfying my own interest, I wanted to check it out. If nothing else, it’s a means of farming some extra VC which I can then spend on MyTEAM packs, rather than shell out real money on loot box mechanics.

A noteworthy change in MyCAREER this year is the revamping of the rewards. The Road to 99 has more or less been done away with, replaced by the concept of MyREP. Instead of increasing your Overall Rating to unlock new content and bonuses, it’s all about increasing your rep through Playground and Pro-Am games. While the idea has merit, and I had my own complaints about the Road to 99, I’m not sure that this is the right direction for MyCAREER. Indeed, it’s thrust a few problematic design choices into focus, and unless some adjustments can be made in a patch, it’ll be a misstep for MyCAREER and the new MyREP system.

The big problem with MyREP is that it cannot be earned in NBA games. This would be fine if it were only connected to content and rewards related to The Neighborhood, but that isn’t the case. Unlocking features such as NBA intro animations, MyCOURT customisation, and the Gym Rat Badge – previously achieved through hitting certain Overall Ratings on the Road to 99 – now require levelling up your MyREP. As such, if you’re only interested in the NBA side of MyCAREER, there’s no way of attaining them. Granted, many gamers do have an interest in playing both the NBA and online experiences in MyCAREER, but if you don’t, it’s an undesirable situation. 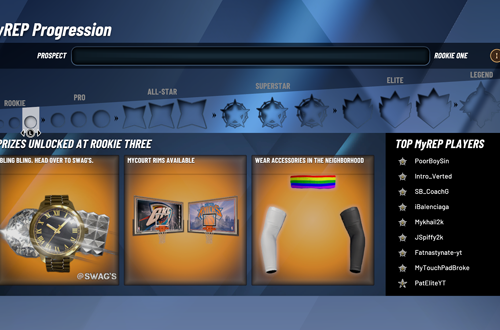 To say this is a major oversight and a bad design choice is an understatement. I would suggest that a couple of those features shouldn’t have to be unlocked, instead being rewards for playing through the story and getting to the NBA. If they are going to be unlockables, they should be unlocked via a method available to everyone. This was my concern when first I heard about the MyREP system, as it reminded me of the frustration of having to play MyPARK to level past 95 Overall in NBA 2K17, and how much I disagreed with that approach. Although the Road to 99 had its issues, it was better for gamers who only wanted to stick to one MyCAREER experience.

Furthermore, while cordoning off NBA-related perks behind a rep system that is only affected by non-NBA gameplay is the main problem here, there are issues with the Neighborhood rewards as well. For example, you need to reach Rookie Three level before you can wear accessories in The Neighborhood. Granted, that’s not too bad, but it’s taking something that was readily accessible in the previous game and making it something you have to earn. Animations such as flashy passes that were tied to ratings last year are now also behind the MyREP gate. While it’s at least more appropriate than locking gamers out of NBA-related content, it’s still a gatekeeping measure.

That’s not to say that there shouldn’t be rewards for elite players, or that those rewards must be easily accessible. The MyREP system is intended to reward the best on the sticks and the most dedicated gamers, and if you look at the Legend, Elite, and even Superstar level perks, for the most part they are suitable bragging rights rewards. At the same time, while the game should reward its top tier players, it shouldn’t actively punish everyone else, and that’s what happens when previously accessible content is placed out of reach. When unlocking that content requires playing a mode where there isn’t any proper matchmaking, it becomes even more problematic, and elitist. 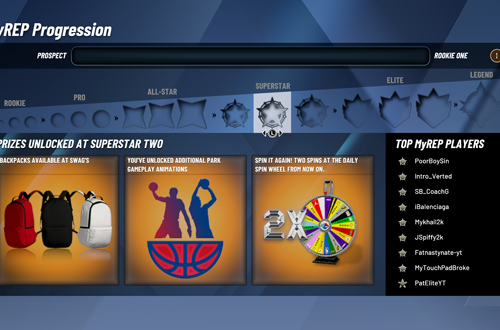 Ideally, this is a situation that can be patched so that no matter what your preference in MyCAREER – NBA only, Playground only, Pro-Am only, or a mix of the three – you can unlock lower tier rewards at a reasonable pace, and aim for the big rewards if you’re good enough. However, even if a patch can resolve these issues in NBA 2K20, the situation exemplifies bigger problems that continue to plague the design choices and overall approach to NBA 2K. It goes back to the points raised in an excellent thread over on the NBA 2K subreddit back in 2018, after NBA 2K18 raised several red flags regarding an elitist and anti-consumer/anti-player retention mindset.

The first problem is giving us a taste of great content and features, and then forcing us to unlock them in future games. Examples include importing custom images for use in Pro-Am team customisation, accessing the Auction House and team branding features in MyTEAM, animations for MyCAREER and its connected modes, customisation of your MyCOURT, the ability to wear accessories in Park games, the user requirements in NBA 2K19’s Pro-Am, and tattoo placement, just to name a few. Other things, like earning VC for achieving certain accolades a set number of times, have been quietly removed. Good features are falling victim to removal and gatekeeping.

Now, you may be moved to point out that content that is still in the game can still be earned, and trot out that old excuse, “get good”. Putting aside the asinine nature of that attitude – and the aforementioned point about rewarding the top players rather than punishing everyone else – that brings us to the next big problem: matchmaking, or rather the lack thereof. Playing against other gamers of your skill level is how you “get good” and rank up. Without proper matchmaking, online play isn’t enjoyable, or indeed viable. If the only way to raise your MyREP is by playing online, and online play isn’t accessible to everyone, then conceptually speaking, that is a big problem. 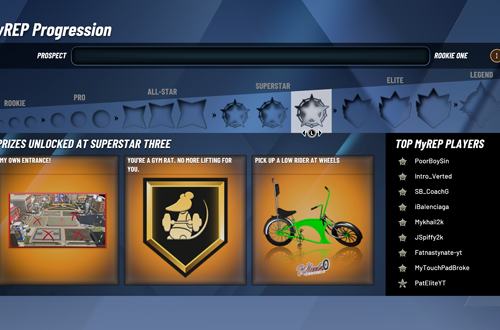 While we’re on the issue of matchmaking, it’s not just about skill level and being able to hang with the competition, but actually getting into a game in the first place. The way The Playground works, there’s a lot of backing out and standing around, because gamers are reluctant to play with people who are rated lower, or are inexperienced, or have too many losses, or whatever. Since newbies and intermediate gamers are always thrown in there with the elite players, that snobbery is inevitable. If you can’t even get a game – regardless of whether it’s a fair matchup – then you can’t get any experience to learn and improve, and you don’t get many opportunities to earn MyREP.

Finally, there’s the connected experience. In theory, connecting MyCAREER, The Playground, and Pro-Am is a good idea. It means we only have to grind up one player if we’re happy with our build, and that player can be used in any of the connected modes. In practice, it means conflicts between two different experiences. Preserving the quality of online and offline gameplay without adversely affecting the other is a challenge that 2K is still figuring out. Offline gamers are restricted by measures meant to balance online play, while online gamers have to play an offline story to get to The Neighborhood. Idle timeouts mean that you can’t just hang out in the mode, either.

And of course, there are the issues with the MyREP rewards. Hopefully the situation can be addressed in a patch, but again, it’s a symptom of bigger issues with the design choices that are being made for NBA 2K. We get a taste of features or content, and then have to jump through hoops to get them back. Consider the initial requirements for unlocking the Auction House last year. Consider bicycles in The Neighborhood: free for everyone at 90 Overall in NBA 2K18, a requirement of 91 Overall and a cost of 100,000 VC in NBA 2K19. Instead of devising new and exciting rewards for elite gamers, basics we should immediately have access to are being repurposed instead. 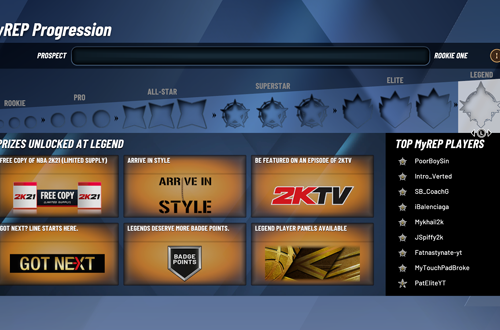 Addressing these issues is vital if MyCAREER and a rewards system like MyREP are going to be as fair and effective as they can and should be. First and foremost, there needs to be an end to the gatekeeping of features that were previously accessible to everyone. If that means better rewards need to be devised for elite gamers, so be it. Secondly, proper matchmaking needs to be introduced, so that online play is both welcoming and viable if it’s a key part of the MyREP system. Thirdly, there needs to be some separation of the offline and online experiences so that both are viable and don’t water down the other. Any rewards must be available no matter what you play.

Although these issues aren’t as likely to affect me this year, I’d still like to see them resolved moving forward so that everyone can have the best experience possible. I’m all for providing incentives and bonuses for elite players, but not an elitist approach to modes and content. Sadly, the latter has been the trend in recent years, and that’s the real problem with a system like MyREP. NBA 2K isn’t the only game doing it these days, and it’s a bad trend. Call me an old head and tell me to dust off a game from 2005 if you like, but that’s a childish argument. Consider what staples you may lose if your MyREP doesn’t make the grade, and then you just might see the problem.