Monday Tip-Off: Too Much at Stake to Experiment 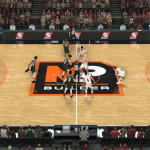 We’re at midcourt, and the ball is about to go up…it’s Monday Tip-Off! Start your week here at the NLSC with a feature that’s dedicated to opinions, commentary, and other fun stuff related to NBA Live, NBA 2K, and other basketball video games. This week, I’m tipping things off with a few thoughts on how we’re less inclined to mess around in basketball video games these days, because there’s too much at stake to experiment.

During our discussion of franchise gaming in Episode #303 of the NLSC Podcast, I mentioned how franchise modes are a throwback to the days when we were freer to experiment with basketball video games. It’s something that I’ve thought about a lot since getting into MyCAREER and the online scene in recent years. As much fun as I’ve had with those modes, I’m aware of how careful I’ve had to be in order to enjoy myself. A wrong choice can easily torpedo a saved game, wasting hours of grinding with undesirably dire consequences.

Of course, you could argue that that’s part of the challenge now; a key component of an evolved experience. You have to think about your decisions and choose wisely, and if you don’t and suffer because of it, then it’s on you for not playing the game properly. I understand that, and there’s merit in having to commit to a choice, as well as fun in an experience that’s curated to some extent. However, if the consequences are actively discouraging us from experimenting and seeing everything that a game has to offer, that’s rather unfortunate. We still have that freedom to experiment in a mode like MyLEAGUE, but in MyCAREER, there’s simply too much at stake.

To give you an example of what I’m talking about, consider making a trade request in MyCAREER. As in the real NBA, it’s a way of leaving your current team without having to wait for free agency, and just as it can rejuvenate a career, it can freshen up the gaming experience. The problem is that if you choose to explore that option in MyCAREER, you need to commit to it. Again, that’s part of the experience, and it makes sense that it’s something you need to consider carefully, just as a real player would before attempting to force a trade. And, just as in real life, it may turn out that the grass is always greener, with a trade putting you in a worse situation than before. 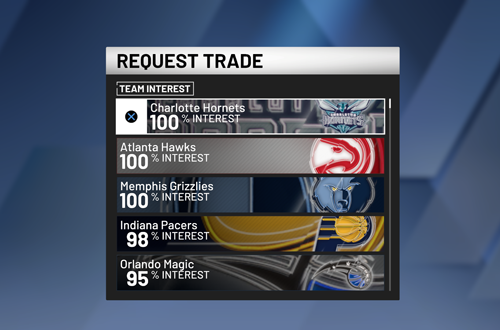 Thanks to autosave – a by-product of the online components of MyCAREER – you’re stuck with any bad decisions that you make, or undesirable situation that arises from simply wanting to see how something works. I understand the reasoning from both a technical and conceptual standpoint, but at the end of the day, it is just a video game. When we can’t undo a bad decision or safely experiment, we’re encouraged to be overly cautious. This can stand in the way of fun and interesting experiences. It’s no longer possible to explore a trade demand or choose a certain path without making a full commitment to it. It’s part of the challenge, yes, but it can be very restrictive.

It leads to a homogenised experience. Forget asking for trades; if you’re playing MyCAREER and its connected modes, you need to make the right choice for your build and Badges. Sure, the new MyPLAYER Builder does allow you to experiment before starting a new game, but it’s really only a brief glimpse of how it’s going to work, in a single game against the CPU. You can’t re-spec or start over without losing a ton of progress, and possibly money that you’ve spent on VC. To have the best possible experience, you need to make all the right choices, or at least, make very few wrong ones. There’s a very small margin for error, and no room to mess around.

The same goes for The One in NBA Live, as well as Ultimate Team and MyTEAM to some extent. Every decision is permanent, you can’t see what it would be like if you chose one path, then backtrack and take another. You might argue that it would be too easy if you could do so and I concede that point, but by not allowing for any kind of safe experimentation, most gamers are going to choose the same optimal path. There’s no taking the scenic route, because if you want your player to be viable – especially if you’re playing online – you need the quickest path to an improved player, not the most interesting. Even in a single player game, you can’t afford to lose all of your progress. 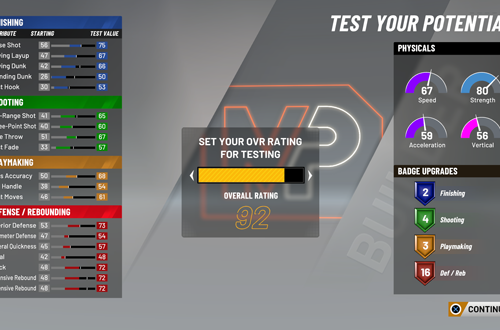 And so, you pick the build that’s been identified as the best choice. You don’t demand a trade, just to see what will happen and who you’ll get traded for. It isn’t possible to save, see what happens, and then restore if it’s a complete disaster. There’s too much at stake to risk experimenting with your main player. Perhaps you’ll create a second player in order to run some experiments, but then you’ve got to grind them up so that they’re viable to play with. You can’t afford to be curious, or to not be careful. There’s no way of branching your experience with a save you’re keeping in your back pocket, because you’re committing to every decision and leaving a “What If” on the table.

Yes, this is realistic to a certain extent, but even pencils have erasers, as Lenny has pointed out in a few old episodes of The Simpsons. Furthermore, as far as realism in MyCAREER is concerned, I’m compelled to point out that the in-universe value of VC is proof enough that the mode already takes plenty of liberties with reality. If nothing else, it’s a shame that we don’t have a proper offline version of MyCAREER that encourages us to experiment and go crazy, because we can keep and restore from an earlier save file to undo any mess that we make. It’s another example of how the connected experience has expanded the game, but also made it far more restrictive.

That’s the beauty of franchise gaming: you don’t have those stakes. You’re free to undo your errors if you mess up too badly. If you want to try out a few scenarios before committing to one, you can keep aside a save file as a backup. If you want to start a second game to run an experiment, you don’t need to do nearly as much prep, and you certainly don’t need to grind to make the new save viable. You don’t have to worry about anyone else’s experience but your own, and so there’s no need for the game to restrict you in the name of fairness and balance. You can create all kinds of scenarios, and impose your own rules as far as committing to any decisions you make. 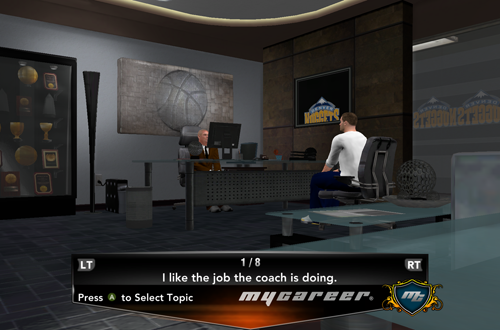 I realise that this may be coming off like some kind of propaganda piece for franchise gaming, but that isn’t my intention. Sure, as we said on the Podcast, franchise modes are still worth checking out, especially if you’re weary of MyCAREER and the online scene. However, I want to highlight how unfortunate it is that while franchise modes still facilitate and even encourage us to experiment, other modes don’t offer the same amount of freedom. It’s a real shame because MyCAREER used to allow for it, when we could save our game in additional slots so that we could see what happened if we asked for a trade, suggested that the coach be fired, or did something else risky.

We can still do those things of course, and having to proceed with the consequences of our decisions does give risky choices some semblance of weight. That’s a good idea in theory and can add to the fun, but it can also discourage us from taking risks. In turn, that prevents us from seeing some interesting content and outcomes, because it’s so easy to derail a save, and so crucial that we don’t. Sometimes it feels like we’re forced to find the “right” way to play, rather than one that we personally feel is more fun. We take the path that feels the safest, the wisest – the one least likely to ruin our game – and so we end up feeling like the protagonist in Robert Frost’s famous poem.

I’d love it if modern basketball games would afford us the opportunity to take the road less travelled by. If we didn’t have to invest so much time into MyCAREER, if there were more flexibility in being able to create a viable player for online play, then we’d have the freedom to experiment and explore every nook and cranny of the mode. We could each forge our own path and take a different journey, and enjoy that journey along the way rather than avoiding all detours. We could be mad scientists, inventing fun new scenarios without destroying the prototype. As it stands, there’s simply too much at stake for us to experiment and take chances that could be so fulfilling.