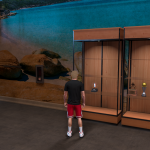 We’re at midcourt, and the ball is about to go up…it’s Monday Tip-Off! Start your week here at the NLSC with a feature that’s dedicated to opinions, commentary, and other fun stuff related to NBA Live, NBA 2K, and other basketball video games. This week, I’m tipping things off with some thoughts on sticking with or returning to NBA 2K20 after NBA 2K21 is released, in order to take care of unfinished business.

As I’m writing this, I haven’t pre-ordered NBA 2K21. That may change by the time you’re reading it, because I do intend to buy the Current Gen version of the game. In fact, I’m leaning towards getting the Mamba Forever Edition, in order to save money on the PlayStation 5 release later this year. The only reason I haven’t pre-ordered as yet is because there’s still time to do so, and it doesn’t matter whether you pre-order several weeks or just a few days in advance. They’re not going to run out of copies, and I’ll receive the bonuses either way.

Of course, with the release of NBA 2K21 looming, the clock is ticking on NBA 2K20. In fact, as this article is going live, we’re on the cusp of NBA 2K21’s demo being released. That means pretty soon, we’ll all be turning our attention away from NBA 2K20…or will we? The game has already received content beyond the usual cut-off, thanks to the NBA’s hiatus and restart; a situation that also means that NBA 2K21 will be released with this season’s rosters, and before the 2020 Playoffs are even over no less. With that in mind, I could definitely see myself sticking with NBA 2K20 a little while longer, or at least going back to it after trying out its successor.

I have my criticisms and gripes when it comes to NBA 2K20, but all in all, I can say that I’ve enjoyed the game. I’m still playing it as NBA 2K21’s release approaches, which is something I can’t say for absolutely every basketball game I’ve played (NBA 2K18 comes to mind here). The continual stream of content has helped, as has trying out a new position and build in MyCAREER. Yes, despite wanting to step away from MyCAREER and its connected modes, I was ultimately drawn back in. Having maxed out my point guard build on route to a championship, and levelled up my centre to a 90 Overall with a full complement of Badges, I feel quite fulfilled in MyCAREER. 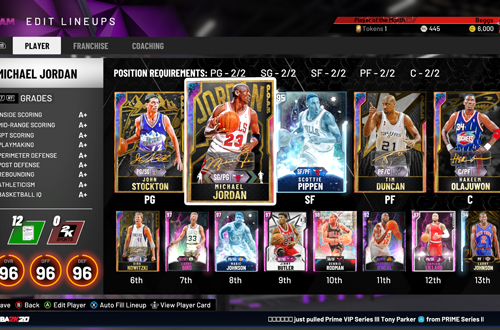 I’ve also been able to spend more time with MyTEAM on both PC and PlayStation 4 this year. Thanks to the last Locker Code, I was able to turn 750 Tokens into enough MT to pick up a GOAT Michael Jordan card, and a few others that I’d coveted. While I haven’t finished Domination or hit an absurdly high level in Triple Threat Offline, it’s been nice to branch out into something else as much as I have, and collect some great cards without spending any money. I’d have definitely gone further in MyTEAM if not for the hours spent in MyCAREER, and I’d still be open to playing it a little more. Normally that’d be unlikely this late in the year, but maybe not on this occasion.

Indeed, I could see myself playing games of NBA 2K20 at least until the Next Gen version of NBA 2K21 is released; perhaps not every day, but it’s an experience that I could go back to. I said the same thing about NBA 2K19 of course and never did, but this year, the situation is a little different. As I mentioned, NBA 2K21 isn’t going to launch with updated 2021 season rosters, because the 2020 season will still be going. Who knows what kind of content it will receive, to say nothing of whether I’ll like the new shooting controls. I have less incentive to create a player and feel that not doing so will help avoid playing MyCAREER, so I may not get hooked on NBA 2K21.

It really depends on how MyTEAM is handled on Current Gen. As you may already know, progress from the Current Gen version of NBA 2K21 will carry over to the Next Gen version, provided you remain with the same console family. The VC wallet will also be shared between generations, so my plan was to save VC for a potential MyPLAYER on Next Gen, and focus on making progress in MyTEAM on Current Gen. If the content is lacking – as it may well do, given the unique situation with this year’s release – I may be inclined to keep playing NBA 2K20, at least for a few weeks until MyTEAM in NBA 2K21 Current Gen begins to receive substantial updates. 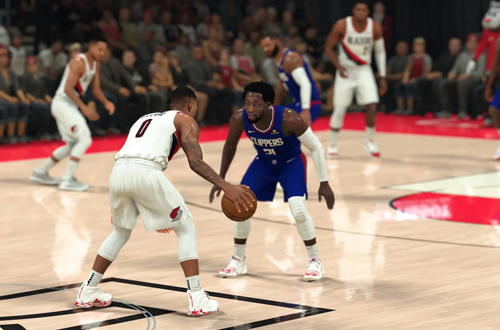 Then again, I may find that I prefer the mechanics of NBA 2K21. As I said in Episode #336 of the NLSC Podcast, I’m definitely sceptical after reading about them in the gameplay blog, but I’m reserving judgement until I’ve had hands-on experience with the demo and full game. The fact that the game will have to launch with 2020 rosters as the Playoffs are still underway in real life is arguably the bigger issue, as it’ll make it harder to start a satisfying MyLEAGUE game; something I’ve wanted to do for years now. Mind you, since progress in those saves won’t be cross-generation, it might be for the best if I waited until Next Gen to get a start on MyLEAGUE anyway.

Since I do plan on upgrading to a PlayStation 5, I can see my copy of the PS4 version falling by the wayside. I’ll be double-dipping on PC so I may finally get involved in some modding this year, but my PS4 copy is more about facilitating my plans for the PS5 version: possibly making some progress in MyTEAM, getting a stack of VC that I’ll save for Next Gen, and getting said Next Gen version at the best possible price. Given the circumstances and potential disappointment with Current Gen, after I’ve played NBA 2K21 enough to have an informed opinion and write up a review, I may well end up going back to NBA 2K20 until NBA 2K21 is updated, or Next Gen drops.

Should I feel compelled to do that, I’ve got enough unfinished business to keep me entertained until I feel like putting NBA 2K20 aside in favour of its successor. As I said, while I’ve amassed a good selection of cards in MyTEAM, there’s still much that I can do as far as Challenges, Domination, and Triple Threat Offline. There are also Trophies and Steam Achievements that I can aim for, which might also tempt me to play a streamlined MyCAREER game on PC, with five minute quarters. As long as I can get online games, I can grind for the next MyREP level and continue to hone my skills playing as a big man, should the NLSC squad ever get the band back together. 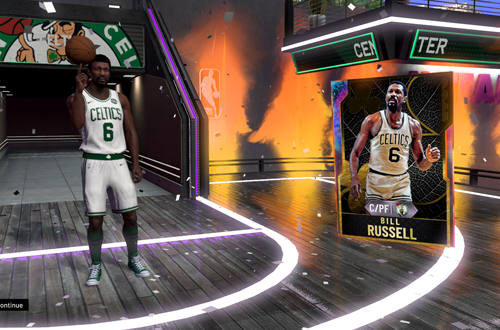 The point is that I have enough unfinished business in NBA 2K20 to make sticking with it viable, should I choose to do so. I feel accomplished and satisfied – as though I’ve gotten my money’s worth, if you will – but at the same time, there’s something there for me if I want to keep playing it or decide I’ll return to it after trying out NBA 2K21. Admittedly, that’s something I haven’t really done with NBA 2K, outside of dusting off games for Wayback Wednesday features. I’ve always moved on to the next game, or on a few occasions, spent time with NBA Live instead. Even when I put NBA 2K18 on the shelf, I didn’t go back and play NBA 2K17, as much as I loved it.

This is a stark contrast to what I did with NBA Live several years back. I stuck with NBA Live 06 PC for a long time, mostly because it’s the last great all-around release in the series, and I still have a Dynasty game that’s been a lot of fun to revisit. I’ve also gone back and spent significant time with earlier releases when I wasn’t enjoying the latest game in the series. Generally speaking, either the latest NBA 2K title has felt like enough of an improvement for me to stick with it, or I’ve felt too “done” with its predecessor to regularly play it again. My increased interest in online is also a factor here. Fewer online players stick with older titles, so it’s harder to get games in them.

Once again though, we’re in a rather unusual situation when it comes to NBA 2K21 Current Gen. Between unavoidably launching without 2021 season content and being set to be outmoded by a Next Gen version in a matter of months, it’s a title that’s somewhat in limbo. It depends on how polished it is and how the new controls pan out, but it doesn’t carry the same appeal and incentive to upgrade that a new release normally would. In turn, there’s more incentive than usual to spend a little longer with last year’s game. Picking up some desirable cards in MyTEAM this late in the year has left me with a desire to try squeezing some more enjoyment out of NBA 2K20. 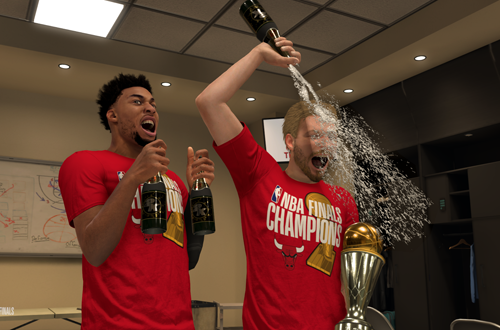 At the same time, the depth of NBA 2K20 and the fun I’ve had with it – aside from a certain amount of frustration online, but that’s the nature of the beast – means that if I do move on, I won’t feel too many regrets about unfinished business. I’d suggest that it’s impossible to accomplish absolutely everything in multiple modes in the span of one year, and even though my plans changed when MyCAREER drew me back in, my time with the game has felt fulfilling. I feel like I’m in a position where I can just as happily put it aside or pick it up again, depending on how NBA 2K21 pans out. In either case, I expect I’ll have no trouble getting my basketball gaming fix.