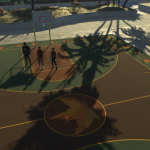 We’re at midcourt, and the ball is about to go up…it’s Monday Tip-Off! Start your week here at the NLSC with a feature that’s dedicated to opinions, commentary, and other fun stuff related to NBA Live, NBA 2K, and other basketball video games. This week, I’m tipping things off with some thoughts on a word that I’m seeing a lot of basketball gamers using at the moment: unplayable.

In last week’s Friday Five, I talked about the tell-tale signs that allow us to spot a shill in the basketball gaming community, and by extension, why shills are such a pain. I stand by that, but it’s important that we look at both sides of the coin, so to speak. Shills and fanboys pollute the discourse, but so do haters. Even if we aren’t being outright haters, we can make ourselves look bad through exaggerated criticism, especially when we allow our frustration with an issue to get the better of us. This is when we’ll opt for clichéd buzzwords (usually snarky ones).

When we’re disgusted with a game, we want to express ourselves in the strongest possible manner. Words like “dreadful” pack so much more of a punch than just plain “bad”; at least until they’re overused. A good example of a popular word that lost its critical value through overuse is “cartoonish“, though it was often poorly defined to begin with. A word that I’ve seen used a lot lately is “unplayable”. It’s a strong word, in this context implying a complete lack of quality and enjoyment. There are times when it’s appropriate to describe a game as unplayable, but it’s a word we need to be careful about using. After all, used indiscriminately, it’ll lose impact and credibility.

What prompted this article – in addition to providing a counterpoint to my own piece about shilling – is that I’ve seen a lot of people describe NBA 2K21 – both Current Gen and Next Gen – as being unplayable. Obviously, no one is suggesting that neither version of the game is literally unplayable – as far as I’m aware, there are no bugs that completely prevent us from loading into gameplay – but in the context of quality being a barrier to playing and enjoying the experience, it’s a fair statement to make. Or is it? It’s a highly subjective statement, and both our expectations and standards will vary depending on our preferred game mode, style of play, and level of frustration. 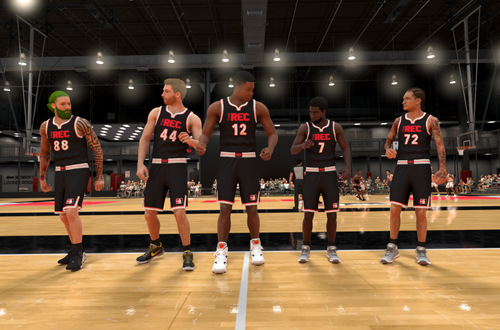 I can’t comment on the Next Gen version of NBA 2K21 yet, but I have been playing the Current Gen version on both PC and PlayStation 4 since it was launched. While I am disappointed in the game and would describe it as a subpar release in many ways, I wouldn’t say that it’s unplayable. I’ve enjoyed it less than I did NBA 2K19 and NBA 2K20, but I’ve still managed to have some fun with it. It’s flawed, it was clearly an afterthought, and it shouldn’t have been a full-priced release. It’s not a game that I’d recommend buying, but if it’s already in your collection, I do believe that it’s possible to squeeze some enjoyment out of it. I’ll stop short of saying that it’s unplayable.

The main reason I hesitate to call NBA 2K21 Current Gen unplayable is because even though I wouldn’t recommend it, it’s far from the worst basketball game ever made. I’ve played a lot of hoops games and built up a fairly extensive collection, and let me tell you, there have been some truly terrible, barely functional games that are far more deserving of the label “unplayable”. Beginning with well-known, mainstream Triple-A releases, a game like NBA Live 14 is, at the very least, pretty close to unplayable due to its roughness. There are some truly broken games like Jammit – stay tuned for that Wayback Wednesday feature – which can’t even be enjoyed ironically.

Considering the overall quality and depth of NBA 2K21 Current Gen, and comparing it to other titles I’ve experienced, I would say that it’s at least playable, even if it isn’t consistently enjoyable, or up to our expectations across the board. That’s still hardly a ringing endorsement, of course, but it’s nevertheless several tiers above “unplayable”. Once again, I haven’t been able to play NBA 2K21 Next Gen as yet, but from what I’ve seen and heard, there are people who are enjoying the gameplay and some of the modes enough to say that it has some merit and redeeming qualities, which prevents it from being unplayable. With that being said, as I noted, this is a subjective matter. 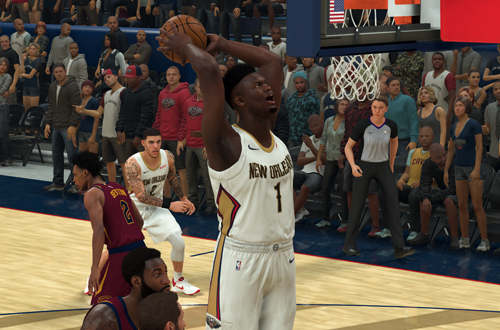 NBA 2K’s gameplay experience differs from mode to mode. Even if the mechanics are essentially the same, there are other variables depending on the scenario that each mode provides. In single player gameplay, where only one player on the court will be user-controlled at any given time, the quality of AI is a major factor. This also differs between modes like Play Now, MyLEAGUE/MyGM, and MyTEAM, where you can switch between players if desired, and the player-locked gameplay of MyCAREER. The online team play modes are affected by server performance and build imbalance. You’ve also got to rely on other users being good teammates and sporting opponents.

On top of that, we all have our own threshold for tolerating issues, as well as other circumstances that make “unplayable” a fitting description. For example, if you’re in a region that isn’t being supported by reliable servers with a decent ping, to you, online modes are probably unplayable. If the restrictions in team Pro-Am or the general atmosphere and style of play in The Rec are unappealing to you, then it may be an appropriate description. If – despite your best efforts to give a game a fair chance – you simply can’t enjoy your favourite mode or the gameplay as a whole, then in your eyes, the game in question is unplayable, since it fails to inspire any desire to play it.

Perhaps then, it would be better to qualify such statements as personal opinions. “I find the game unplayable because I don’t like the feel”, or “To me, the lack of balance in builds makes MyCAREER’s connected modes unplayable”. Granted, that’s what a lot of gamers are meaning to say, but it can imply an objective declaration on behalf of the entire community. Indeed, some gamers will present their opinions as if they speak for everyone, and their view is the universal truth. It’s why we have people who declare that “nobody plays MyCAREER/MyTEAM/MyLEAGUE/whatever mode I don’t play”, even when they all have a target audience that enjoys them (or wants to). 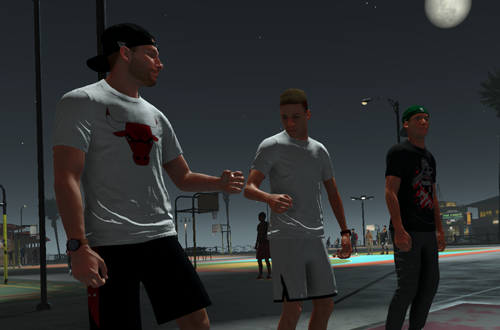 This is where “unplayable” not only becomes too strong of a word – again, implying a complete lack of quality and enjoyment – but also a word that’s too generic. Sure, it emphasises that we’re really not enjoying a game, but at a certain point, it becomes a more forceful way of saying “this game is bad”, without actually explaining why. This doesn’t really offer any useful or constructive feedback to the developers. It’s more polite than saying “this sucks”, but no more descriptive. To that end, like “cartoonish” before it, the lack of detail makes it a buzzword that expresses our displeasure and disappointment, but doesn’t actually get to the heart of our complaints and concerns.

Now, that’s not to say that when we see someone break out the word, we should shut it down and dismiss their point of view out of hand. Rather, when we use the word “unplayable”, or see someone else use it, it should be the start of the conversation; not the end. We should say why and how the experience we seek from a basketball game is – to our minds, at least – lacking. There’s no guarantee that the developers will do anything about it, and not everyone may share your view that a certain aspect or design choice renders a game or mode completely impossible to enjoy. If you do feel that way however, you need to go into detail about your complaints and pet peeves.

Unplayable is a strong word, but if we overuse it and refuse to follow up on it with actual details, then it will lose its strength and impact. It’ll just become yet another generic buzzword that we trot out whenever we’re unhappy. It’s also important to keep things in perspective, reserving such a strong term for games and modes that are truly in bad shape, and virtually impossible for us to play and enjoy. As a euphemism and conversation starter, the term has merit, but only if there’s further analysis. If that’s the case, then we shouldn’t have knee-jerk reactions where we cry “hater” or “whiner” to shut someone down. Elaborating is the key, as those words will be the strongest of all.