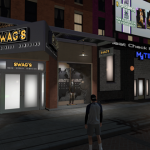 We’re at midcourt, and the ball is about to go up…it’s Monday Tip-Off! Start your week here at the NLSC with a feature that’s dedicated to opinions, commentary, and other fun stuff related to NBA Live, NBA 2K, and other basketball video games. This week, I’m tipping things off with a look at the in-universe value of VC in NBA 2K19’s Neighborhood.

Last year, I calculated the in-universe value of Virtual Currency in NBA 2K18’s new open world, The Neighborhood. I noted that most consumables and clothing cost as much as a single game’s base salary for your MyPLAYER (if not more), which was already stretching reality. Converting VC to real dollars via the salary that’s listed on our MyPLAYER’s bio card determined that 1 VC was equivalent to around $29. This meant that in-universe, a basic t-shirt cost over $17,000, while a headband would set you back a whopping $29,000. That’s some serious sales tax!

In NBA 2K19, VC rewards were increased slightly. It’s possible to negotiate a higher first year salary upon completing The Prelude, incentive-based bonuses come along quite early in your career, and there are other ways of earning some extra VC. The catch is that upgrades are still quite expensive, as are clothing items. In other words, it’s been more of a case of inflation rather than parity. With that in mind, I thought it would be interesting to make the same conversions and determine the in-universe value of Virtual Currency in NBA 2K19 as well. Are the prices just as ridiculous when you put a real dollar value on them this year?

To put it bluntly: yes. Let’s start out with the calculation itself. As mentioned, we know our base salary from negotiating it at the end of The Prelude – it also pops up at the conclusion of every NBA game in MyCAREER, in case you forget it – and we can see it represented as a real dollar amount on our MyPLAYER’s bio card. We simply divide that dollar amount by 82 to get our single game salary in dollars. From there, it’s just a matter of dividing that number by the amount of VC we receive per game as our base salary, and we have the dollar value of 1 VC. That allows us to calculate the in-universe cost of anything that we spend Virtual Currency on. 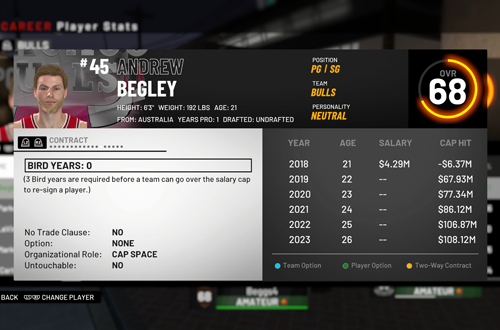 As I noted, the rookie salary of $1.18 million in NBA 2K18 allowed me to calculate that 1 VC was equal to around $29 last year, resulting in exorbitant prices. In my NBA 2K19 MyCAREER on PlayStation 4, I opted for less VC per game in exchange for a 2x MyPOINTS bonus. It wasn’t a savvy negotiation, but the point is that I ended up with the same 500 VC base salary as last year. The thing is, according to my bio card, it now equates to a salary of $4.29 million. If we run those same calculations, that’s a salary of $52,317 per game. As such, 1 VC equals $104.63 (let’s round it up to $105), which is more than three and a half times last year’s value!

The prices of most basic items remain around the same as last year. A simple t-shirt still costs 600 VC, for example. Now that we know the in-universe value, however, we also know that it carries a price tag of around $63,000. And that’s just a plain t-shirt in the colour of your choice! At 1000 VC, headbands now cost $105,000 (and must be purchased separately for NBA, Pro-Am, and Playground). A pair of Nikes can cost upwards of 4500 VC, or $472,500 (and we’re not even talking about the rare Nike Mags once sported by Marty McFly). There is a little more parity between the prices and our earnings in NBA 2K19, but the in-universe value is definitely sillier.

However, we do need to double-check something here. Since we can negotiate a different base salary, it’s worth checking to make sure that the value is consistent. For comparison, I also have a MyCAREER game on PC in which I accepted an offer of 1000 VC per game. Glancing at my bio card in that game, the real dollar amount is higher: $25.23 million, to be exact. This works out to be $307,683 per game. When we divide that by 1000 – the salary per game in Virtual Currency – we obviously get $308 (rounded up). This means that VC doesn’t have a consistent value or conversion rate this year, except that 1 VC always equals a lot more than one in-universe dollar. 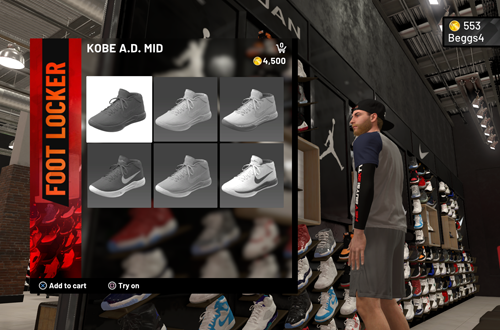 Of course, this still means that in-universe prices are insane. The price tags simply get even more ludicrous the higher your salary. With a salary where 1 VC is equivalent to $308, that same t-shirt is now $184,800. Headbands will now set you back $308,000, and those top shelf Nikes will cost $1,386,000! I did wonder if the salaries were also random or if they just scaled differently, so I started some new games. This confirmed that while the value of 1 VC differs according to the base salary, the dollar amount is the same. In other words, 500 VC will always be $4.29 million and 1000 VC will be $25.23 million per year, and the value relative to each salary remains consistent.

Working out the in-universe price tags may seem like a pointless exercise since those figures don’t ever come into play; it’s all about Virtual Currency, and whether or not you have enough of that to buy the upgrades and items you want. However, it does further underscore the disparity between earnings and prices, and the lack of realism in The Neighborhood. Even if you want to ignore the calculations, the fact remains that rather basic items have prices that are unrealistic compared to what is meant to be an NBA salary. It may not be quite as bad as last year depending on your salary, but it’s still unrealistic. Consider the in-universe dollar value, and it looks even worse.

Needless to say, the prices of items and upgrades alike are meant to push gamers in the direction of spending real money on Virtual Currency. Fortunately, the conversion rate isn’t quite so bad there, though the value still isn’t great, and it shouldn’t have to come to that just to enjoy the game. Even if you forego all cosmetic items and stick to ratings upgrades, VC doesn’t stretch as far as it did just a couple of games ago. We shouldn’t have to manage it so miserly, especially when NBA Live demonstrates that separate in-game currencies for upgrades and clothing is feasible. Also, what exactly happened to all the clothes you had in The Prelude? All in the wash, I guess!

Going back to what I said last year, another issue here is that NBA players get a lot of free things. Teams supply shoes and accessories, so not only do we have clothing that is outrageously priced, more of it should be free anyway. If a player is sponsored by a brand like Nike, Under Amour, or adidas, they’re going to get free shoes and apparel in order to be walking billboards. You do eventually get reimbursed if you have to buy shoes in order to fulfil your contractual obligations, but it’s still very unrealistic. Once again, it meddles with your budgeting, with the aim of encouraging you to buy some VC in order to pick up shoes so that you don’t lose your endorsement deal.

Fortunately, while it is silly that we apparently discarded almost our entire wardrobe after the events of The Prelude, and that we have to buy things that NBA players are handed for free, 2K has gone for some goodwill here. The daily prize wheel can help out here, if you’re lucky. While Virtual Currency, MyPOINTS, or even MyTEAM tokens may seem like the best prizes, being gifted items from Swags, Foot Locker, and the NBA Store can be greatly beneficial. I lucked into some accessories for NBA games, as well as a pair of Jordan shoes. Even if you don’t win any Virtual Currency with your daily spin, you might get some items that allow you to save what you have.

The tricky part of this whole situation is that Virtual Currency has to represent a value both in-universe and on a meta level. Because we earn it playing MyCAREER and the connected experiences, it represents a salary. However, the CPU players aren’t getting paid in VC, so it also has to have a real dollar amount so that your team can have its payroll calculated for trades and free agency. At the same time, it’s a currency that we gamers utilise to buy in-game items, and those prices are affected by its status as a source of recurrent revenue for 2K. This makes it hard for VC to have a consistent value, leading to these discrepancies in the context of MyCAREER’s game world. 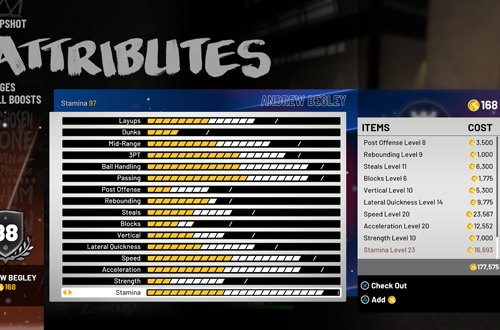 Sadly, I don’t think the situation with Virtual Currency is going to get any better. The price of upgrades and clothing will likely remain the same, and the in-universe value is going to look incredibly unrealistic. NBA 2K19 is still a bit pushy with prominent “Get VC” buttons, and it encourages microtransactions with the slow grind from 60 However, there’s a tad more goodwill than there was last year. We at least have a few methods of saving and earning some extra VC. The Neighborhood is certainly an expensive place to live though, and it seems the cost only goes up – in-universe, at least – the more that we make. Here’s hoping that AI is saving for his retirement!