Monday Tip-Off: What I Learned From Basketball Gaming in 2021 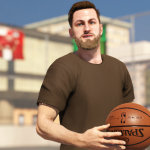 We’re at midcourt, and the ball is about to go up…it’s Monday Tip-Off! Start your week here at the NLSC with a feature that’s dedicated to opinions, commentary, and other fun stuff related to NBA Live, NBA 2K, and other basketball video games. This week, I’m tipping things off with a look back at what I learned from my basketball gaming in 2021, and what it means for my forays onto the virtual hardwood in 2022.

It’s the start of a New Year, which means plenty of resolutions all around. They’re not for everyone, but I understand the appeal of a clean slate and definitive start date. I admire and support any self-improvement efforts, and with the difficulties of the past couple of years in particular, a desire for a fresh start is more than understandable. Whether you’re committing to some new endeavour, or continuing something that you started last year, I wish you success and satisfaction. I also thank you for joining us here at the NLSC for another year of basketball gaming!

Speaking of which, 2021 turned out to be something of an illuminating year for me as far as my basketball gaming habits. I made some changes to my routine, both going back to my roots and trying out some new experiences. It involved breaking out of what had become a comfortable rut, in order to seek more fulfilment and enjoyment out of the games that I was playing. It wasn’t easy to break habits that carried a certain level of comfort and familiarity, but admitting that it was nevertheless a rut that I was very weary of finally prompted an overdue change. As such, I’m anticipating further good times on the virtual hardwood in 2022, while avoiding modes I’m done with.

My burnout in MyCAREER was not a new development in 2021. I discussed it way back in August 2018 ahead of NBA 2K19’s release, along with my desire to return to franchise gaming. I’d expressed those thoughts in previous articles too, as well as on the NLSC Podcast. And yet, NBA 2K19 came out, and I played through MyCAREER as enthusiastically as ever, getting a MyPLAYER to the Hall of Fame at long last. At that point, I was sure I’d found the closure I sought. But then came NBA 2K20, and though I dabbled with MyTEAM, I ended up creating two players and spent several hours in MyCAREER and its connected modes. So much for burnout and breaks! 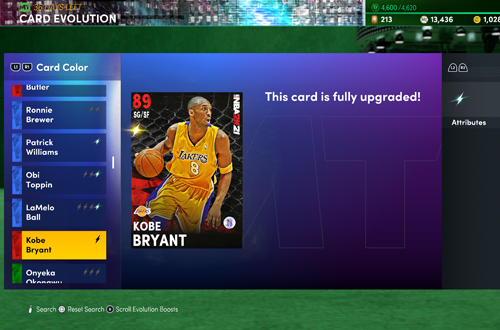 I did finally break the habit in 2021, though I played through four years of college in NBA 2K21 Next Gen first. It was a change of pace, and I felt the story had some of the best writing of any MyCAREER tale to date. I realise that’s somewhat damning it with faint praise, but I did enjoy it. Once I reached the NBA though, I was done. The prospect of grinding all over again, chasing the same goals as a rookie one more time, was simply unappealing. I occasionally ventured into the online scene, if only so that I could comment on it, but I wasn’t compelled to stick around as before. As for Current Gen, I had no desire to finish what I’d started while waiting for the Next Gen launch.

MyTEAM proved to be a fresher experience on the sticks, yet the routine of grinding for rewards and progress was too familiar. As with MyCAREER, I was logging on every day even if I wasn’t in the mood to play, just so that I could take advantage of a daily reward. While I’m all for these daily bonuses and encourage anyone who is on the grind to make use of them, after years of eking out every last bit of VC, XP, and anything else I could obtain without paying for in MyCAREER, I couldn’t stomach it any more. Basketball gaming had felt too much like work, and I wouldn’t even have anything to show for it (or revisit) once the servers were shut down after 27 months.

Obviously I could just play those modes more casually, and not worry about building a player for the online scene, or accumulating Season rewards; in other words, just playing virtual basketball, and enjoying the challenge and experience. That’s easier said than done. As I’ve previously discussed, grinding is addictive by design. Once you’re on that grind, you’re compelled to keep striving for goals and rewards, even when it feels like work. Beyond that, I haven’t really enjoyed the gameplay in NBA 2K21 or NBA 2K22. That’s not to say that it’s terrible or that I haven’t had any fun with either game. However, I’ve felt more frustrated than hooked by either of them. 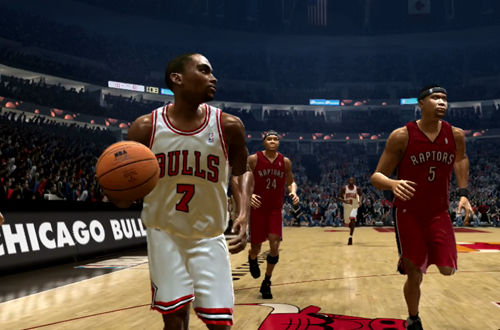 The reasons for that are worthy of an article of their own, but the short version is that a combination of questionable design choices and persistent legacy issues have led to some major 2K fatigue. Again, I have specific observations that I’ll save for another time, but it frustrates me to see prominent voices in the community ignore or gloss over issues that have been in the game for multiple generations. Even worse, they shut down valid criticism of issues – new and old – by suggesting that anyone with those views is “spoiled”, “entitled”, or “whining”. It’s not that NBA 2K isn’t still a fine game in many respects, but I’m unimpressed by legacy issues and certain gameplay ideas.

Thankfully, my basketball gaming habits in 2021 were no longer reliant on me being hooked on the most recent release. As I documented in several Wayback Wednesday articles and spoke at length about on the NLSC Podcast, at different points of 2021, I had retro basketball gaming kicks with NBA Live 06 for Xbox 360, NBA Live 10, and NBA 2K14. Before the year was out, I was also enjoying revisiting NBA 2K17, as well as trying out a variety of games with Dee4Three over Parsec. Although I used to stick with my old favourites if I didn’t like the newest release, or returned to them for a change of pace, it’s something that I haven’t done as frequently in recent years.

That was partly due to legitimately having a good time with NBA 2K19 and NBA 2K20, but also because my primary mode of choice – MyCAREER – required me to be grinding basically from the moment I installed the games. I slid right back into that comfortable rut, and made it work. Any breaks that I took to make another game part of my regular rotation would cut into time I had to dedicate to earning VC and Badge XP so that my MyPLAYER was viable to play with online. Freeing myself of those obligations – indeed, realising how much work and obligation it was – allowed me to enjoy other basketball titles, and not worry about having to constantly make progress. 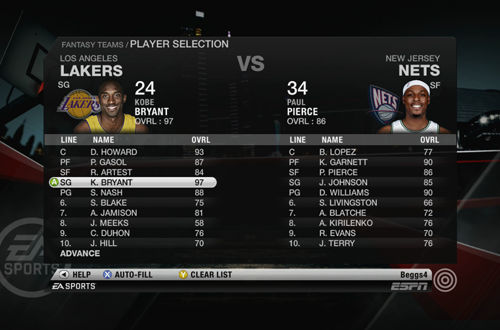 Ironically, having a tremendous amount of fun with MyCAREER in NBA 2K14 helped me to eschew the mode in newer games. Burned out as I was on the whole MyCAREER experience, I enjoyed the journey in an older title, and am open to continuing that save whenever the mood strikes. It confirmed just how much the mode had changed, shifting from a focus on a fun basketball gaming experience in 2013, to a means of generating as much recurrent revenue as possible in 2021. I was even able to produce figures that demonstrate just how impactful the pushier approach to those mechanics has been on the quality of the mode; even if some didn’t want to hear it.

Revisiting the first MyGM mode in NBA 2K14 also rekindled my enthusiasm for franchise gaming, but funnily enough, it was perhaps the Play Now games that had the most profound impact on my basketball gaming in 2021. The same could be said of my extended retro kicks with NBA Live 06 and NBA Live 10, and the games of NBA 2K17 that I played. Although I love deep modes that I can spend hours upon hours playing through, not every session on the virtual hardwood needs to result in some kind of tangible progress. That mindset comes from modes where excessive grinding is essential to having fun (or a close approximation, as the case may be).

Sure, I’m still interested in playing through NBA seasons, be it a single season with Dee in NBA Live 06 over Parsec, or a solo franchise in another title. I probably will still dabble with MyTEAM from time to time, and dust off old MyCAREER saves in games where that’s possible. On top of that however, I’ve also rediscovered the joys of once-off exhibition games. That includes playing with the default retro teams in NBA 2K titles, editing those teams with default assets to create some new match-ups, or setting up makeshift retro showdowns in NBA Live 10’s Fantasy Teams mode with Dee over Parsec. Those are just a few things that I’d like to continue doing in 2022! 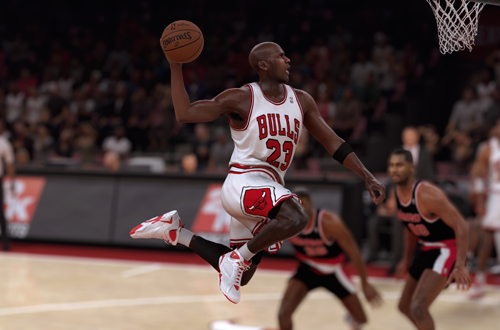 Prior to NBA 2K22’s release, I had visions of creating guides with tips and tricks on how to best grind in MyCAREER and MyTEAM, as well as suggestions for sliders. Depending on how much time I spend with NBA 2K22, I may still do the latter, but I can’t see myself doing the former outside of some vague tips. I can no longer bring myself to endure the grind, and I don’t feel good about encouraging others to do so, either. I’ll continue to advocate, share my experiences both positive and negative, and cover the news. Apart from that, I’m more inclined to share tips on how to get our old favourites to run, and how to get the most out of playing them all these years later.

The notion of “grinding year after year isn’t very fun” wasn’t exactly a mind-blowing revelation, as I’m sure it isn’t to you. My real lesson in 2021 was realising how deeply and comfortably I was in a rut with my basketball gaming habits. I realised how that comfort led to making the best of a situation rather than seeking out a more desirable one. In turn, I rediscovered the joys of basketball gaming experiences that I hadn’t really been able to partake in while I was preoccupied with grinding from scratch in MyCAREER on an annual basis. Perhaps most importantly, I’m more comfortable with the prospect of leaving content untouched, than I am staying in a familiar rut.

I doubt that I’m done with NBA 2K22, but if I’m not feeling it, I’ll be readily dipping into my collection throughout 2022. Indeed, I’ll be doing that anyway! Gaining a new appreciation for my retro kicks in 2021 has inspired me to give other games a second look, as well as try out new things in old favourites. I’m also eager to enjoy more co-op and competitive sessions over Parsec, and ease back into some modding at long last. There’s so much more you can do on the virtual hardwood when you’re not stuck in a rut. I look forward to many fun hours of basketball gaming in 2022, and sharing those experiences with all of you through the content that I create here at the NLSC.