Monday Tip-Off: Who Is Anderson Murray? 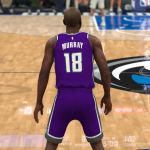 We’re at midcourt, and the ball is about to go up…it’s Monday Tip-Off! Start your week here at the NLSC with a feature that’s dedicated to opinions, commentary, and other fun stuff related to NBA Live, NBA 2K, and other basketball video games. This week, I’m tipping things off with some reflections on Anderson Murray.

Who is Anderson Murray? That is the title of today’s article, and it’s also a question that you’ll see popping up on Reddit and Operation Sports if you Google the name. The Anderson Murray in question is a player that appears in NBA 2K20, albeit only in MyCAREER. I feel confident in saying that thanks to basketball gamers, he’s ended up playing for every team in the league. Don’t look for him in the record books next to Chucky Brown, Joe Smith, and Jim Jackson, however. Don’t search for him over on Basketball Reference, either. You won’t find him listed there.

No doubt there are actually people in the world called Anderson Murray, but none of them are currently playing in the NBA. And yet, there he is on the roster of every team. It seems that everyone has a different story when it comes to Murray. For some NBA 2K20 gamers, he’s an annoyance; a player that’s guaranteed to turn in subpar performances and someone they can’t wait to be rid of. For other gamers, however, he’s a reliable teammate who’s frequently helpful in padding assist numbers. His number and jersey may vary, but there’s one constant. Gamers wonder who Anderson Murray is, and just what he’s doing appearing as our teammate in MyCAREER.

Let’s begin with the short, boring answer. Anderson Murray is a fictional character that appears in MyCAREER, on whichever team you play for. For what it’s worth, his nickname is Sarge, and being somewhat older than Che, is meant to be something of a mentor in the locker room. His ratings aren’t spectacular and he doesn’t level up with Che, so he’s not like Justice Young. Although he has made his way into the starting lineup for some people, he generally comes off the bench. He’s usually not portrayed as a star or even a prominent role player like Corey Harris and Marcus Young in NBA 2K19, though he does get a healthy amount of playing time out of the gate. 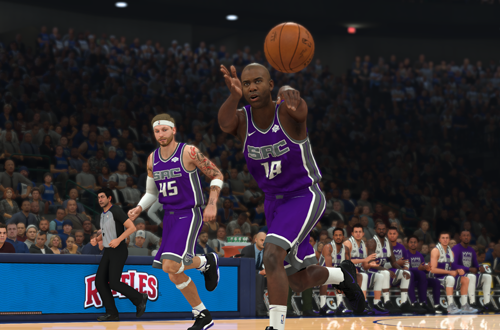 What makes Anderson Murray different from some other fictional players that have found their way into MyCAREER’s post-Prelude gameplay experience is that he’ll still show up even if you skip the story. If you skipped The Prelude in NBA 2K19, Marcus Young and Corey Harris were nowhere to be found. Needless to say, this contributes to the confusion that gamers feel when Murray suddenly appears with them on an NBA roster. Furthermore, while the aforementioned Young and Harris enjoyed prominent roles in NBA 2K19’s story, Murray is a bit player in NBA 2K20’s tale. He has very few lines, to the point where some wonder if his scenes were cut.

His role is basically that of a generic teammate that can have a few scenes with Che once you reach the NBA, no matter which team you end up on. Those scenes aren’t particularly exciting or memorable – if indeed you’d personally say that about any of the scenes in most MyCAREER stories – and are limited to things like congratulating Che on becoming a starter or having a good game, and advising him to handle himself better after giving an arrogant response in a post-game interview. He saves 2K from having to use a real player on each team for those cutscenes, and given what happened the last time they tried that, it’s a good call on their part (though far less funny).

I’ll have to admit that he blends in quite well, to the point where I overlooked the fact that he was fictional until playing MyCAREER with a second build. As I’ve said in previous articles, having not maintained a bevy of current roster updates in recent years, I haven’t had the same familiarity with deep bench journeymen that I once did. That’s starting to change now that I’ve been working on the NBA 2K11 rosters and finished adding all the necessary players. Amusingly, until I noticed his absence from the roster listings, I figured he must’ve been someone the Bulls signed during training camp and later got picked up by the Kings, allowing me to be his teammate twice! 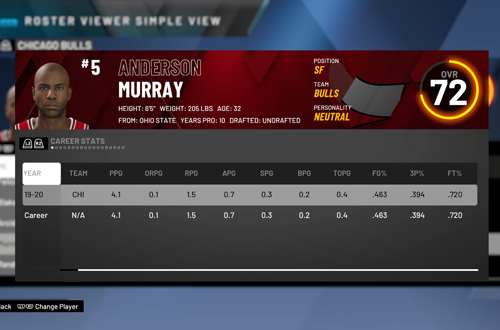 Upon seeing that he wasn’t in fact a Two Way or G League player, or someone who’s currently riding the bench in the NBA, I realised what was going on and asked the same question that so many others have posed: who is Anderson Murray? I generally don’t choose the arrogant answers in the post-game interviews, and have also skipped a lot of the cutscenes this year (as well as the entire story for both of my main builds), so I couldn’t recall seeing him in any other context except gameplay. After Googling him, I found that I wasn’t alone in wondering about this fictional character, though it seems as though he’s been much more of a headache for other MyCAREER gamers.

Again, I’ve created two players in NBA 2K20’s MyCAREER. The first was my usual playmaking point guard that I maxed out in the first season, won the championship with, and put aside. The second is my big man that I created on a lark, but now enjoy playing with online. I haven’t played nearly as much of the NBA season with the big man build, but in neither that save playing for the Kings, nor my original save playing for the Bulls, has Murray been much of a nuisance. He gets a few minutes, but he’s yet to cost me a game, or push anyone significant out of the rotation. Looking around at other gamers’ experiences though, it seems like I may have been lucky there.

There are stories of Murray leapfrogging actual NBA players to crack the starting lineup. Regular starters and key rotation players have even been relegated to the G League thanks to his presence on the team as a post-Prelude extra with a speaking role. With that being said, I’m not alone in being lucky enough to not have my team’s rotation (and thus the gameplay experience) ruined by Anderson Murray appearing on the team, but he’s been a source of frustration for quite a few people since NBA 2K20 launched. He seems to stand out as being a non-factor, a surprising source of assists, or a complete nuisance that ends up ruining the game by replacing a rotation player. 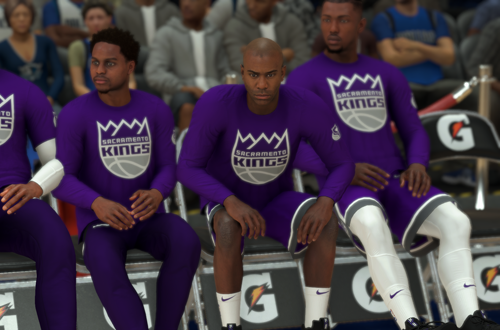 To that end, it seems that one of the first things people have done when they unlock the ability to adjust their team’s lineup is to remove him from the rotation, since we can’t request any of our own teammates be traded. Of course, we can request a trade for ourselves, and it seems that’s a solution that some people have chosen to escape him. There’s a chance he won’t be on the team past the first season, though he did stick around into the second year of my save with the Bulls. In that save, he averaged eleven minutes per game in my rookie year, being relegated to the inactive list due to his rating in Year 2. In my Kings save, he’s averaging just seven minutes per game.

Perhaps the funniest, or at least weirdest, aspect of this 6’5″, 205-pound small forward is that despite being 31 and a ten year pro – again, he’s meant to be a veteran mentor for Che – he has a Potential attribute of 97. As such, he’s actually improved from a 71 Overall to a 72 Overall in my Bulls save! In theory, if you simulated several seasons and he stuck around long enough, he could end up with some decent ratings. It might even be worth testing out, though there’s a good chance that he won’t stick around long enough for it to become a problem. All things considered, it’s the least of the issues with Anderson Murray being a constant teammate in MyCAREER this year.

I can understand why he’s there, as he does serve a purpose as far as the post-Prelude cutscenes are concerned. However, it’s odd that he still shows up when you skip the story entirely; again, doing that in NBA 2K19 removed all fictional players from the continuity of that save. As I said, due to his rare appearances and the ease of missing them, some gamers have been led to speculate that he’s a leftover from content that was ultimately cut from NBA 2K20’s MyCAREER story. That may well also be true, as it does seem a waste of time and money getting Nic Few – who has starred in TV shows and films, and was also Eddie Findlay in L.A. Noire – to voice and portray him. 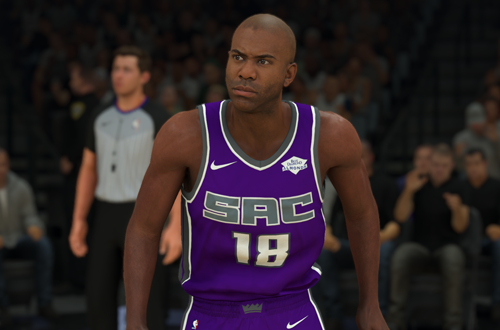 Anderson Murray also exemplifies a recurring problem with MyCAREER stories. A mode like MyCAREER already takes liberties with reality by allowing us to insert our avatar into the virtual NBA, but the presence of other fictional players can be a step too far. They displace real players – sometimes prominent ones – from the rotation, and don’t add enough to the experience to justify doing so. Justice Young at least provided a new gameplay gimmick, and Jackson Ellis was a fresh idea at the time. The pointlessness of Anderson Murray is arguably proof that the concept has run its course, and it’s time for a change to the NBA side of the MyCAREER experience.

On the other hand, I have to admit that he does blend in well. I didn’t think much of it when he showed up in my first save, figuring it was a training camp signee that I just wasn’t familiar with. Perhaps that’s what 2K was banking on to some extent, and if so, the approach wasn’t completely ineffective! All things considered though, while these fictional players can add some “flavour” content, it would probably be for the best if they weren’t featured. It’d certainly be preferable if they disappeared should you skip the story, especially when they mess up rotations. With that in mind, who is Anderson Murray? Someone it seems that most gamers would rather not have to ask about!