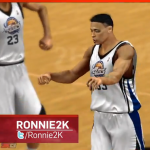 In one of the most information-packed Developer Insight videos yet, 2K Sports reveals all the new features and improvements in the revamped MyPLAYER, which as a mode is now rebranded as MyCAREER. The video confirms that NBA 2K12’s Rookie Showcase is back as the only pre-Draft game, but for the first time you can be drafted at #1. It also showcases how you’ll be able to select your own clothing for Blacktop games and the “GM sitdowns”, during which the conversation can take certain tones depending on how you present your request, and what your GM thinks of you. The press conferences will feature 600 different topics of Q&As, and whatever you do off the court will also affect how you’re perceived by the fans, as well as the commentary team, which will make relevant comments during the game. You’ll also be able to sign with either Nike or Air Jordan for endorsements. The in-game currency, VC, is seamlessly integrated into MyCAREER to allow you to purchase anything from attributes, signature skills and animations (such as pre-game rituals), to additional clothing for your player.

Watch the video here, and make sure to continue reading for the full scoop on all the information revealed in it.

The video also revealed some additional information regarding the way signature skills are implemented in 2K13. Not only do most of the Signature Skills have three levels, which will affect how effective each one is used by any player and add to the differentiation between players with the same skills, but they will feature rating requirements. An example shown in the video is that although Floor General requires an Offensive Awareness rating of at least 85. Also revealed in the video are the 2 MyCAREER-exclusive signature skills, which are Gatorade Prime Pack (which will prevent your player from getting any fatigue during the first quarter) and On Court Coach (which will force your teammates to give you the ball whenever you call for a pass).

The faux social media feature was also showcased, in which personas in the game representing current and historic NBA players as well as reporters and celebrities will contact you via a Twitter-like social feed to give you their opinion on both your actions on and off the court. The newly implemented Fan Count will be also be affected by both kinds of actions, including your game performances, endorsement deals and press conference comments.

As far as gameplay goes, 2K seems to yet again respond to the community feedback during 2K12’s lifespan, and NBA 2K13 will feature improved Teammate AI. The game will try to recognize what your player’s style is like and what you’re trying to do, and your teammates will react accordingly. No longer will you see teammates standing next to you while you’re dribbling, nor raising their hands to ask for a pass while you’re next to them. Many of your on-the-court actions will give you instantaneous Coach Feedback, which in addition to the teammate grade, will give you an indication on whether you’re doing the right things as far as what your coach and teammates are looking for from your game.

The whole MyCAREER experience has been tied together, and 2K has tried to make sure that every new addition and how you use it will affect your whole experience in one way or the other.

One, or maybe even two more videos are expected to hit this week, which should make it one of the most packed weeks as far as NBA 2K13 news go. We’ll continue to keep you updated, but until then, make sure to join the discussion in the Forum, and give us your opinion about this video in the comment section below.

“You’ll also be able to sign with either Nike or Adidas for endorsements. ”
*Correction: Nike and Jordan Brand