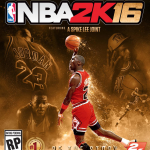 TrueAchievements has posted a complete list of achievements for NBA 2K16, which in turn has revealed some interesting new tidbits about this year’s game that have yet to be announced. Here’s a quick list of some of the most noteworthy items:

NBA 2K16 is now available to order digitally on Steam, the PlayStation Network, and Xbox Live. In addition to the pre-order bonuses for this year’s game, pre-ordering NBA 2K16 will also net you 35,000 VC to use in NBA 2K15 (assuming you have it). Interestingly, it now appears that the Special Edition featuring Michael Jordan is also available for PC users, too.

As always, feel free to add your thoughts in the comments section below, and join in the discussion in the NBA 2K16 section of the NLSC Forum. Thanks to keeks and jmmontoro for the heads up!