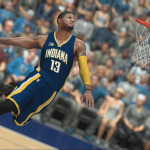 I missed posting a bulletin over the weekend, but the Xbox One version of NBA 2K17 has now received Patch 1.04. As always, the update will come through automatically as long as your console is connected to the Internet.

The Xbox One patch contains the same fixes as the updates for the PC and PlayStation 4 versions of NBA 2K17, mainly addressing some situational bugs. If you need a refresher on the notes for Patch 1.04, you can check them out below, as well as here in the NLSC Wiki.

If you have any impressions of Patch 1.04 that you’d like to share, feel free to do so in the comments section below, as well as in this thread in the NBA 2K17 section of the Forum. We also invite you to post any bug reports here, and general feedback on gameplay and game modes here. Additionally, we’ll be opening up our official NBA 2K18 Wishlist thread very soon, so stay tuned.