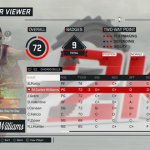 That’s disappointing to hear. I don’t have the Badge myself, so I was unable to test it out.