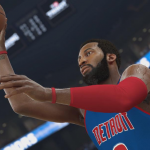 2K has released another new NBA 2K17 screenshot today, featuring Team 2K member Andre Drummond. Check it out below, as well as over in our screenshots gallery. If a couple more screenshots are heading our way in the near future, it seems a safe bet that they’ll feature the remaining members of Team 2K, Kevin Durant and Draymond Green.

IGN has also posted a preview of NBA 2K17, discussing the developers’ aim to improve authenticity in this year’s title. In additional to visual enhancements, it provides us with a few tidbits on gameplay. This year, we’ll reportedly have more control over the action, with less reliance on probability from stats. Fatigue has also been revamped to have a larger effect on player performance, while rebounding will involve more physicality and tipped balls.

The IGN preview also notes that due to the changes in the way Euroleague teams are selected, this year’s teams are all up to date, rather than being a year behind with their rosters. On top of that, we have confirmation that the 1992 Dream Team will be available as paid DLC, in addition to being a pre-order bonus. While that still may not sit well with a lot of basketball gamers, it is good news for anyone who plans on picking up the game later, and doesn’t mind shelling out a few bucks for the Dream Team. No word as yet on how much that DLC will cost.

Finally, a few gameplay videos have been coming out of Gamescom, which a couple of our members have been diligently sourcing and posting in the Forum. You can check them out below; thanks to Manni Live and PeacemanNOT for the heads up!

What are your thoughts on the latest developments with NBA 2K17? Have your say below in the comments, and join in the discussion taking place here in the NLSC Forum! 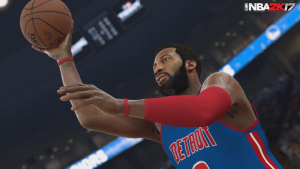