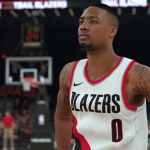 Steam’s store listing for the PC version of NBA 2K18 has revealed the system requirements for this year’s game. Not surprisingly, the required specs aren’t very different from last year, with the biggest change being a slightly better video card. The minimum and recommended requirements are as follows:

As you can see here, our community is already gearing up to do some great things with the PC version of NBA 2K18. Although the PC version misses out on content such as The Prelude, we do have the benefit of a talented and passionate modding community. Speaking of which, when the time comes, we encourage everyone to make good use of our upload facilities, to ensure that mods for NBA 2K18 don’t get lost as they unfortunately so often do on external hosts.

Thanks to Dommy73 for the heads up on the system requirements!