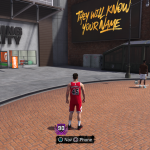 The NBA 2K18 servers are set to be shut down on January 18th, 2020. Once this occurs, online play and MyTEAM will no longer be available. MyCAREER and MyGM will still be playable, but only in their offline versions.

Unfortunately, 2K Support has indicated that there is no way to convert online saves to offline saves. This means that once the NBA 2K18 servers are shut down, any online MyCAREER and MyGM saves will become inaccessible, and you’ll need to start over. Previous games have allowed online saves to be converted into offline saves, making it a disappointing situation for anyone who likes to dust off old games from time to time.

Interestingly, the shutdown is occurring eighteen days later than usual. Following the controversy caused by the NBA 2K14 server shut down, 2K extended online support for all their titles to 27 months. This resulted in NBA 2K games receiving two seasons’ worth of support plus an additional three months, after which they were shut down on December 31st.

While NBA 2K18 wasn’t the most popular game in the series, it is one that some people still play and mod. I’d advise anyone still playing the game to wrap up any business in connected modes ASAP, including spending any leftover VC and aiming for Trophies/Achievements. Any custom rosters that you want should also be downloaded before the shutdown. Finally, content creators may also want to take the opportunity to get screenshots and footage of online modes and content while they’re still accessible.

Community Roster by Darth is a must have on this game with Duce’s GOAT sliders.
2K18 defense is the more realistic for the current era.

Definitely some great work there. I’ll have to download it while I can do so easily, just to have on hand.

Probably not based on my most recent session with it, but good to have the content nevertheless.