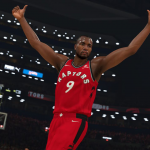 Following last week’s insight into MyGM and MyLEAGUE, the NBA 2K20 gameplay blog has been posted! NBA 2K Gameplay Director Mike Wang (aka Beluba) has provided an in-depth look at the improvements, additions, and changes to the on-court experience in this year’s release. As always, I encourage you to read the entire NBA 2K20 gameplay blog for the full scoop, but here’s an overview:

Once again, be sure to check out the full NBA 2K20 gameplay blog for more details. Got any thoughts? Feel free to share them in the comments below, as well as join in the discussion here in the NLSC Forum!