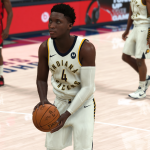 Patch 1.12 has come through for NBA 2K20 on PC, PlayStation 4, and Xbox One. As always, the patch should download automatically as long as you have an active Internet connection. If it doesn’t, try restarting your Steam client or console, or manually check for updates.

There are no official patch notes at this time, but several people have confirmed that an audio bug during free throws that was introduced by the previous update has now been fixed. In addition to that hotfix, the thread over on the official NBA 2K subreddit lists updates to the soundtrack and a fix for a MyTEAM exploit as being included in the patch.

If any official patch notes are released, I’ll be sure to post them. As noted over on Reddit though, it’s possible that we won’t get any detailed notes for what is mostly a small hotfix. In any case, feel free to share your NBA 2K20 Patch 1.12 impressions and discoveries in the comments below, as well as here in the Forum. You can also find a complete update history for NBA 2K20 here in our Wiki.