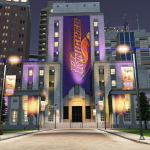 NBA 2K21 Next Gen is out now, and has just received Patch 1.01. The update is live for both PlayStation 5 and Xbox Series X/S, and should come through automatically as long as you’re online. If it doesn’t, try restarting your console or checking for the update manually.

Patch 1.01 for NBA 2K21 Next Gen is essentially the Day 1 patch, and includes several likeness updates for players and coaches. It also improves face scans using the mobile app, fixes and tunes gameplay, and resolves technical issues in MyCAREER, MyTEAM, MyNBA, The W, and The City.

See below for the full patch notes. Feel free to add your thoughts in the comments, as well as join in the discussion here in the Forum. I’ve also created an article in our Wiki to document the update history for NBA 2K21 Next Gen, which you can find here.