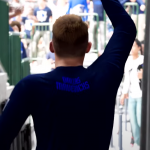 The gameplay reveal trailer for NBA 2K21 Next Gen has provided us with a glimpse of what to expect from the upcoming game. As you might expect, the trailer is mostly comprised of cinematic angles, but also features a few clips that show off more of the action. The NBA 2K21 Next Gen trailer has also been accompanied by a brief list of key features:

More details on NBA 2K21 Next Gen will be coming tomorrow in the form of three gameplay blogs. The blogs will outline the improvements to core gameplay, AI, player movement and the new “Impact Engine”, and changes to the MyPLAYER Builder. Over the coming weeks, we’ll also learn more about changes to MyCAREER, MyLEAGUE, MyGM, and the WNBA. It also appears that The Neighborhood has been revamped and renamed for the new generation.

Check out the NBA 2K21 Next Gen trailer below, share your thoughts in the comments, and feel free to jump into the discussion taking place here in our NBA 2K21 Forum! Tune in to the NLSC Podcast this weekend for our thoughts on the trailer, and all the info that will be revealed this week. NBA 2K21 is scheduled for release globally on Xbox Series X/S on November 10th, November 12th on PlayStation 5 in the US, Canada, Australia, New Zealand, Japan, Mexico, and South Korea, and November 19th on PS5 in all other regions.