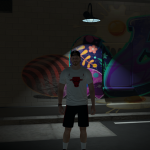 Patch 1.10 is now available for the PC, PlayStation 4, and Xbox One versions of NBA 2K21. As always, the update should come through automatically as long as your PC or console is online. If it doesn’t, try restarting your console or Steam client, or checking for updates manually.

Similar to the recent patch for NBA 2K21 Next Gen, the latest Current Gen patch includes player likeness updates and fixes for various issues in MyTEAM. Although the specific players aren’t mentioned in the notes, it’s a safe bet that they’re the same ones that were updated on Next Gen. It also adds new decorations to 2K Beach in MyCAREER, and prepares the mode for some upcoming events.

The full notes for Patch 1.10 for NBA 2K21 Current Gen can be found below, and a full update history for the game has been documented here in our Wiki. Initially the patch caused some issues with corrupted saves (at least on PC), but it appears that a hotfix has since resolved the issue. If you’re still encountering difficulties, feel free to discuss them and any other impressions of the patch in the comments below, as well as here in the Forum. You may also want to contact 2K Support regarding any issues with corrupted files or missing VC.