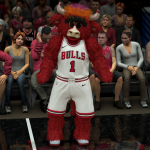 Bad news for anyone hoping that NBA 2K23 PC would be making the jump to next Next Gen: IGN has confirmed that the PC version will once again be a PlayStation 4/Xbox One port.

This isn’t surprising, but it is disappointing given that this will be the third consecutive year that the PC has missed out on a Next Gen port. While NBA 2K21 PC remaining a Current Gen port wasn’t unexpected given that it was released two months before the Next Gen consoles launched, there were hopes that the PC would be getting the PlayStation 5/Xbox Series X version of NBA 2K22. The precedent here was NBA 2K15 PC, which made the Next Gen jump the year after the PS4 and X1 launched.

Unfortunately, that precedent hasn’t been repeated with the ninth generation. NBA 2K isn’t alone here, as the PC version of WWE 2K22 was likewise a PS4/X1 port. Madden 22 PC was also ported from the Current/Prior Gen version. Although these are different series and Madden is obviously from another developer/publisher entirely, many gamers suggested that this was a red flag for NBA 2K on PC as well. Sadly, that prediction turned out to be correct.

If there is a silver lining to the announcement, it’s that there’ll likely once again be high compatibility with existing mods and modding tools. However, it naturally also means that NBA 2K23 PC will miss out on any enhancements to gameplay and modes that are exclusive to Next Gen. Your mileage will vary as to whether that’s a worthwhile trade-off.

In any case, we will be covering both the Current Gen/PC and Next Gen versions of NBA 2K23 when they’re released on September 9th. For now though, feel free to vent in the comments below, or here in the NLSC Forum!