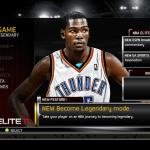 The NBA Elite 11 Demo is easily the most infamous demo in all of basketball gaming. Its poor reception was a major factor in the delay and eventual cancellation of the game just days before launch. As such, apart from those who managed to snag one of the copies that made it out into the wild, it’s the closest that most of us have come to owning NBA Elite 11.

At this point, the demo hasn’t been available through the Xbox Live Marketplace or PlayStation Store for some time. If you’re late to the party or deleted it from your console, it’s been about as tough to get a hold of as the full game itself. However, I have kept my copy of the NBA Elite 11 Demo for Xbox 360, and it is possible to share and copy to other consoles via USB.

To that end, you can find it here in the Demos section of our Downloads database! I’ve posted instructions on how to copy the files to your Xbox 360 below, as well as on the download page itself. It should not require any additional steps, nor should it be region locked. It’s around 838 MB in size, and can only be used on Xbox 360. Should we ever be able to locate the PlayStation 3 version, I’ll also add it to the database.

If you do decide to give it a try, feel free to share your thoughts in the comments below, as well as take the discussion to the NLSC Forum! After all, NBA Elite 11 certainly remains an interesting “What If” in the history of NBA Live. Thanks to SammoHung for prompting me to look into the situation and investigate whether this would be possible. Be it mods, demos, or information, we’re eager to preserve aspects of basketball gaming history whenever possible.

Thanks for doing this. I’ll be relaying this to the Lost Media Wiki since I knew some of them were interested in it.

Check out some of the videos on their article… it’s a riot.

Sounds good, thanks! Probably not as exciting for most people as the full version, but at least it’s something that isn’t other readily available.