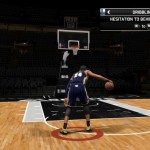 The big patch for NBA Live 14 is out now on both PlayStation 4 and Xbox One. It addresses a variety of issues from the lighting and textures to animations, control responsiveness and passing speeds. It also adds a new Shootaround mode, additional Hardwood Classics jerseys and the 2014 All-Star jerseys and court.

You can check out the full patch notes and some screenshots over on the official NBA Live 14 website, as well as below or after the jump. Feel free to share your impressions of the new title update in the comments below, as well as here in the NBA Live 14 section of the NLSC Forum. 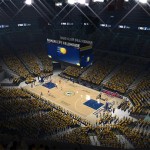 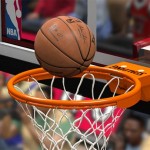 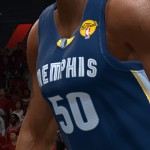 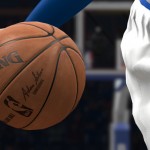 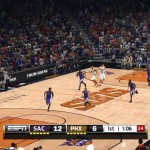 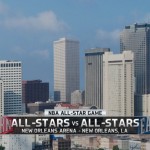 Just download the patch tonight……….don’t notice much of a difference other than the new all star court and jerseys. Gameplay is still horrible and not smooth at all, it reminds me of the 90s version of Live on the original Playstation where the gameplay was so “patchy”. The ball dribbling in the game so horrendous and isn’t “smooth” like it’s claimed to be. In order to do the ISO moves or whatever they are called in Live, you have to hold down the turbo button to make a move and get past the defender and half the time, another defender slides over from 10 feet away and stops you. I, along with many others I’m sure, had VERY HIGH hopes for the next generation version of Live especially when the initial trailer was released. But wow have I been disappointed, I sure it’s either too late to salvage Live 14 but they need to make vast improvements to Live 15 or they will lose a lot of business. Because I for am regret buying it and although I know they claim they were rushed to release, they should of pushed back the release date and got things right. In my opinion, the gameplay needs to go back to Live 10 and be smooth and make some improvements from there with lighting and player scans and such. As I’ve said before, bring back the “edit player”, bring back other key essentials that always made Live a success. I’m letting Love 14 slide, not fully willingly though, but if Live 15 isn’t “stepped up” then I’ll be done with Live in general and I’ve been playing for 20 years

Wow, this is sad to hear! I guess it is all about the money, customers come last. I’m glad I am stick with PC and NBA 2K11, the best basketball videogame ever.

My experiences with the game (and the patch so far) have been more positive, though there is still much work to be done. It looks like another in-game update came through today as well, though I’m not sure what it changed. I haven’t had the “pass back” issue in player lock games that I’ve played today, so that might have been resolved by a minor update.