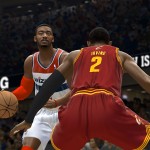 In a post over on the series’ official subreddit, the NBA Live development team has announced that online support for NBA Live 14 will be ending on November 1st, 2019. Until then, Ultimate Team and other online elements will continue to function as normal. The official announcement reads as follows:

The decisions to retire games are never easy. Our development team and operational staff have poured their hearts into this game, and have loved seeing our community play. It is hard to see it retired, but the number of players has dwindled to a point where it’s no longer feasible to continue the behind-the-scenes work involved with keeping NBA LIVE 14 up and running. We hope you have gotten many hours of enjoyment out of NBA LIVE 14 and we appreciate your ongoing patronage.

NBA Live 14 was released November 19th 2013, meaning that the game will have received online support for almost six years by the time the servers are shut down. This is definitely rare among annual sports titles, although EA Sports has provided extended online support for previous NBA Live titles, including roster updates for NBA Live 10 following the cancellation of NBA Elite 11. After the issues that followed the shutdown of NBA 2K14’s servers in 2015, 2K also extended their online support period for all of their games to 27 months. Barring any changes to that policy, the servers for NBA 2K18 are set to be shut down December 31st this year.

With fewer and fewer gamers regularly playing the older releases, we can very likely expect the servers for NBA Live 15 and NBA Live 16 to be shut down within the next couple of years. We’ll be sure to post any updates on those titles as further details are made available. In the meantime, if you’re a completionist and haven’t yet acquired the Trophies/Achievements related to Ultimate Team and other online features, you may want to start grinding ASAP!