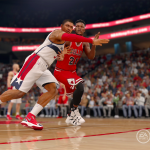 We got our first glimpse of NBA Live 16 gameplay during EA’s press conference at E3 2015, by way of the first official gameplay trailer, and some additional clips that were shown during Executive Producer Sean O’Brien’s presentation. You can check out the NBA Live 16 gameplay trailer below, as well as here on our YouTube channel. Suffice to say, the game is looking quite a lot better than last year.

While we still have much to learn about NBA Live 16’s gameplay and game modes, Sean did provide us with some interesting (and promising) tidbits. There are new pass and catch animations to improve the smoothness and responsiveness of the passing game, new dribbling moves that preserve momentum, physics based animations that have been in the pipeline for a couple of years, a new shooting meter/system, new signature animations, revamped off-ball movement AI, new moves, and enhanced pick and roll controls. A full breakdown can be found here on the official website.

Additionally, players will be able to scan their faces into the game via an app, GameFaceHD. While it remains to be seen just how well it will work for the end user, the demonstration certainly made it look easy. Sean also hinted at the new online game mode being teased by the #RiseTogether hashtag, which seemingly made an appearance at the end of the NBA Live 16 gameplay trailer. Finally, the release date for NBA Live 16 has been revealed as September 29th 2015, the same date as NBA 2K16.

Once again, you can check out the trailer below, along with some new screenshots. What are your thoughts on the NBA Live 16 gameplay trailer, screenshots, and other news? Sound off in the comments section below, and join in the discussion in the NBA Live 16 section of the Forum! 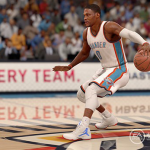 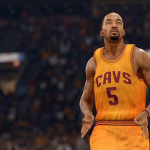 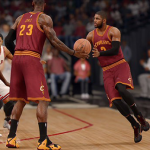 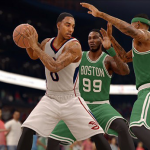 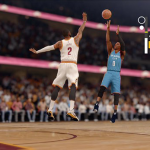