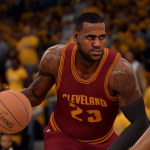 The NBA Live 16 servers will be shutting down on October 19th 2020 at 11 AM EST, as per a new in-game notification. Upon the shutdown, all online content such as Ultimate Team, Head 2 Head, and LIVE Pro-Am will no longer be available.

As usual, my advice would be to wrap up any unfinished business between now and the shutdown. This includes acquiring Trophies/Achievements that require online connectivity, LUT challenges, and if you’re a content creator, getting video and screenshots of features that will soon be unavailable.

EA Sports has been shutting down the servers for older NBA Live games over the past twelve months, as the number of gamers still playing them has continued to dwindle. As it stands, NBA Live 14, NBA Live 15, and now NBA Live 16 will have all had online support for over five years by the time their servers are shutdown. This is far longer than usual, and it remains to be seen if NBA Live 18 and NBA Live 19 will receive similar service. The cancellation of NBA Live 20 and NBA Live 21 may indeed result in the extension of their online support.

Thanks to Pavel for the heads up on the impending shutdown of the NBA Live 16 servers! Once again, be sure to complete any unfinished business ASAP, as October is only a couple of months away.