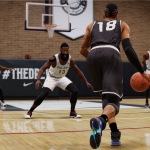 Confirming rumours from a few weeks ago, EA Sports has announced that the NBA Live 18 demo will be available on August 11th. Progress from the demo will once again carry over into the full version as it did with NBA Live 16, so presumably the companion app for face scanning will also be made available next week. That hasn’t been confirmed as yet though, nor are there any other further details on the demo right now.

We do have some new information about The Streets, however. As explained by the feature page over on the official website, The Streets incorporates the Pro-Am experience of The One, NBA Live 18’s brand new single player career mode. While the NBA portion of your career will take place in The League, you’ll also be able to head to The Streets to take part in LIVE Events challenges, play cooperative multiplayer games in LIVE Run, and build a legacy on the Pro-Am Tour.

Judging by the screenshots on the feature page, it appears as though reward crates have been implemented in NBA Live 18. These crates will be earned by completing the LIVE Events, which will consist of real-time challenges all year long. You can check out the screenshots below.

Hopefully, more details on The One, as well as Dynasty, Ultimate Team, and of course gameplay itself, are coming in the near future. With any luck, previews for NBA Live 18 and NBA 2K18 will be rolling out steadily over the next few weeks, and of course, we’ll be able to get our hands on the demo very soon. In the meantime, what do you make of The Streets? Will you be trying out the NBA Live 18 demo on PlayStation 4 or Xbox One? Have your say in the comments section below, and join in the discussion here in the NLSC Forum. 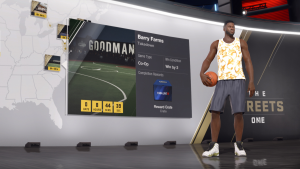 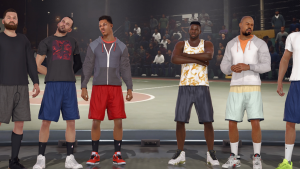 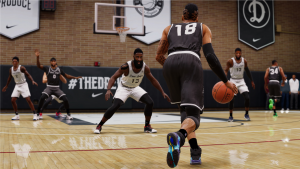 Tagged with: NBA Live 18 Preview The One The Streets

I’m guessing it will, and have seen mention of it, though I don’t have official confirmation at this time. I’d assume Cavs vs. Warriors is a safe bet if so.

Harden on the cover!?

Seems an official announcement can’t be far away.