Latest News & Features
Home | Details on The One in NBA Live 18; Trailers, Demo, Other News

Details on The One in NBA Live 18; Trailers, Demo, Other News 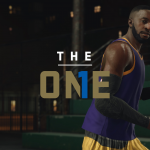 With EA Play 2017 upon us, EA Sports has taken the opportunity to officially announce The One, the new game mode that will be making its debut in NBA Live 18. The One is NBA Live’s new career mode, encompassing both the NBA and streetball. Rising up the ranks in both the league and on the streets earns ratings upgrades, gear, and other perks. You’re also able to hone your game by taking part in the Drew League, and challenge other gamers to online showdowns at authentic Pro-Am venues.

Your player will also be able to earn Traits, which appear to be similar to the Player Badges in NBA 2K’s MyCAREER. There are also several Playstyles for each position, which are similar to the MyPlayer Archetypes. Your choice of Playstyle determines primary and secondary skills, as well as Traits. Signature abilities and skills are also available to unlock for your player. LIVE Events will provide new challenges and rewards, with solo, co-op, and multiplayer gameplay.

A few videos featuring gameplay footage from The One (again taken from cinematic angles) and explanations of the concept and features have also been released; you can check those out below. We also have confirmation that an NBA Live 18 demo will be released in August. It will provide basketball gamers with an opportunity to get an early look at The One, with progress carrying over to the full game.

A preliminary features list can also be found over on the official NBA Live website. In addition to hyping up the enhancements to gameplay, it also mentions a Franchise experience (possibly confirming a return to the original Franchise Mode branding, before the rename to Dynasty Mode in NBA Live 2004 onward), and shows off the new designs for Ultimate Team cards.

Gamers have been getting their hands on NBA Live 18 at EA Play, and based on the impressions being shared on social media, the improvements to gameplay are quite pleasing. For some detailed impressions, be sure to follow TicoisTocory and ThaLiveKing on Twitter! More detailed impressions should be coming through in the near future, and we’re looking to set up a chat with ThaLiveKing to get more of his candid thoughts on the game.

Once again, check out the videos below, and feel free to leave your thoughts in the comments, as well as join in the discussion here in the NLSC Forum. Stay tuned to the NLSC throughout the NBA Live 18 preview season for more news, as in addition to posting details from around the web, we’ll be looking to arrange some developer interviews (and hopefully a few exclusives) as soon we possibly can.

NBA Live 18 The One Trailers

I don’t like the comments Erika made about roster management…

Yeah, it’s not encouraging. I’ve also heard that they’re “working hard on it”, so maybe it can still make the cut, or be added post-release, like the shootaround in NBA Live 14. Fingers crossed.

I could settle for a stripped down version of player editing/customization but to have nothing again all year would be a tough pill to slollow.