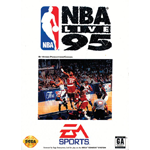 While it may not mean anything, it would appear that EA Sports are still trying to keep everyone aware of the NBA Live brand, suggesting that long awaited news on NBA Live 13 may at last be finally around the corner. It’s also worth noting that the official Facebook page for the NHL series also featured several old covers in between news for NHL 13.

It was also speculated a few weeks back that the reveal of the NBA Live 13 cover might follow the posting of the NBA Live 10 cover on Throwback Thursdays, which would place the announcement sometime next week. However, the timeframe for the cover announcement and the unveiling of more news and preview media for NBA Live 13 remains unconfirmed at this time.

Feel free to speculate in the comments below, as well as in the NBA Live 13 section of the Forum. For those who’d like to dust off their old copies of NBA Live 95 for PC, you’ll find that it works perfectly in DOSBox. We’ve also still got a collection of old updates for the game here in our Downloads section, along with the NBA Live Vintage section of the Forum for all your old school discussion needs.