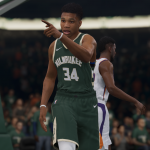 In case you missed it, an interview with EA Sports general manager Daryl Holt provided an update on NBA Live; sort of. He confirmed that they still plan on developing basketball games, while vaguely referring to “next-generation HD basketball projects”. For those who are unaware, in this case HD refers to console or PC releases, rather than mobile titles.

Holt went on to confirm that EA still has a licensing agreement with the NBA for mobile games, and are discussing their options regarding a HD release. In that respect, it isn’t much different to anything we’ve heard before. There are still no concrete plans or announcements regarding an NBA Live game in development, yet at the same time there’s no confirmation that the series is done.

As noted by the NBA Live Movement on Twitter, EA Sports also still owns the rights to NBA Jam. As such, the “next-generation HD basketball projects” – should they come to fruition – could just as easily be a new NBA Jam title, or possibly a new NBA Street. At this point, we don’t know much more than the fact that EA Sports apparently aren’t giving up on developing basketball video games…yet.

In this week’s Monday Tip-Off, I discussed how both the NBA Live series and basketball gamers deserved better than the missteps it’s made, as well as the lack of any update on the future of NBA Live since October 2019. Nevertheless, there is interest in seeing competition in the space, and we’ll continue to cover any announcements as they’re made. To that end though, it may be some time before we hear anything beyond whispers and speculation.