NBA Jam (also referred to as EA Sports NBA Jam to differentiate it from the original game by Midway and stylised as NBA JAM) is an EA Sports basketball video game released October 5th 2010 for the Nintendo Wii and November 17th 2010 for the Xbox 360 and Playstation 3.

It was announced on January 11th 2010 that EA Sports would be reviving the franchise previously developed by Acclaim/Midway during the 90s. The game was originally announced for the Nintendo Wii though on August 3rd 2010 EA Sports revealed that three modes of NBA Jam would be included with NBA Elite 11. Following NBA Elite 11's cancellation, EA announced that the Xbox 360 and Playstation 3 would be receiving a standalone release of NBA Jam with the same features as the Wii version, plus online support. A mobile version for the iPod, iPod Touch and iPad was released on February 9th, 2011. The game has also been released for Mac and Android devices.

NBA Jam was intended to be a faithful recreation of the gameplay of the original NBA Jam by Midway, with "new game modes, characters and gameplay depth". On May 13th 2010 it was confirmed that Tim Kitzrow, the original voice of NBA Jam, would be calling the action in the new game.

The game features classic elements of the NBA Jam series including two-on-two gameplay, Fire and tournament play. It also includes an arcade-style take on Dynasty Mode in the form of the Remix Tour and "boss battles" involving NBA Legends including Magic Johnson and Larry Bird. NBA Jam features old school cheats like Big Head Mode and over one hundred unlockables including hidden characters, teams, Privileges and other bonuses. Unlockables in NBA Jam are obtained via an Achievement-like system called Jam Challenges.

NBA Jam features arcade-style two-on-two gameplay in the same vein as the original NBA Jam games including an up-tempo style of play, superhuman jumping abilities, high flying dunks well above the rim and no personal fouls. Fire returns as a gameplay element/power-up and players can perform alley-oop, spin moves and crossovers, similar to NBA Hangtime. Team Fire, a feature in NBA Hangtime, is not present in the new NBA Jam.

On the Wii, the game makes use of the two face buttons to perform passes and crossovers, the back trigger on the Nunchuk as the turbo button and the motion controls for movement. Shooting is performed by flicking the Wii Remote, flicking once to begin the jumpshot then again to release the shot, simulating a shooting motion. The same method is used while holding turbo to perform dunks and layups. While on defense, swatting with the Wii Remote allows the player to block shots. Users may also opt for classic controls if they do not wish to use the Wii Remote.

The game also includes a counter to the shove move, one of the most popular methods of stealing the ball or stopping dunk and layup attempts in the original series. Defenders can still shove players with the ball but the offensive player now has the ability to roll away from the defender in an attempt to protect the ball and avoid a turnover.

NBA Jam features a classic tournament mode in which the user must square off against all 30 NBA teams, including one-on-one boss battles with NBA Legends including Larry Bird and Magic Johnson. It also features an alternate campaign mode called the Remix Tour that is twice as long and offers a different gameplay experience with halfcourt games, different rules, expanded boss battles and other challenges that offer a different spin on the Jam experience.

The following unlockable players are included in NBA Jam:

Beginning with the week that the new NBA Jam game was announced, the official website ran polls that allowed gamers to vote on the three players they would like to see included for each NBA team. Three teams were featured each week, with the polls being accompanied by a blog entry that detail the EA Sports team's picks for each of the current week's teams. Gilbert Arenas was noticeably absent from the Washington Wizards' poll; it was later confirmed that his legal problems and subsequent league suspension contributed to his absence. However, Gilbert Arenas was ultimately included in the game.

On May 13th 2010, EA Sports announced a Catchphrase Contest along with the confirmation that the original voice of NBA Jam, Tim Kitzrow, would be returning to call the action. Gamers were invited to submit their suggestions for catchphrases to be called by Kitzrow during different gameplay actions including dunks, assists, alley oops, blocks, three point shots, two point field goals, "on fire" shots, steals, shot clock violations, rebounds and missed shots. The top sixty four choices were then selected and subsequently presented to the community in a tournament format, with fan voting ultimately deciding the top four choices which were then coded into the game.

The winners were "Objection Sustained!", "No Shoot for you!", "Bangalanga Do-Dah!" and "And The Survey Said...DENIED!"

On February 9th 2010, gameinvestments.com reported a rumour that NBA Jam may be released on the Xbox Live Arcade and Playstation Network at a later date, rather than remaining a Wii exclusive. During the EA Sports' Season Preview Community Event, creative director Trey Smith did not deny the possibility of a release for other consoles when asked by a representative for Operation Sports but at the time gave no official confirmation nor timeframe for possible XBLA/PSN versions. This stance was later repeated in an interview with IGN.

EA Sports announced on August 3rd that NBA Elite 11 would come bundled with a code that allowed users to download three modes of NBA Jam: the Classic Campaign, exhibition play and online play. With the cancellation of NBA Elite 11, EA Sports subsequently announced that NBA Jam would be a standalone release on the Xbox 360 and Playstation 3. On October 20th, EA confirmed a North American release date of November 17th, 2010.

The Xbox 360 and Playstation 3 version of NBA Jam contains the same features as the Wii version such as the Remix Tour, in addition to supporting online play.

On February 7th 2011, EA Sports announced that NBA Jam would be made available for the iPhone and iPod Touch, releasing a brief gameplay teaser video along with three screenshots. The mobile version was released on February 9th and features exhibition play along with the Classic Campaign, as well as unlockable legends, exclusive special players and two different control schemes. A version for the iPad was later released on April 21st 2011.

A Mac App version of NBA Jam was released on December 15th, 2011 and can be purchased from the Mac App Store. It features exhibition play via Play Now mode as well as a single player Classic Campaign mode, traditional 2-on-2 NBA Jam gameplay, all 30 NBA teams and several NBA legends.

EA Sports released a version of NBA Jam for Android devices on March 15th, 2012. The game features classic NBA Jam 2-on-2 gameplay with all 30 NBA teams and an assortment of legends. It also features three modes of play including Play Now, a single player Classic Campaign and local multiplayer via WiFi or Bluetooth.

In response to a question about Gilbert Arenas' absence from the Player Picks polls, an EA Sports representative confirmed that Arenas' legal problems and subsequent league suspension were factors in excluding him from NBA Jam. It was also originally noted that the situation would be monitored and the possibility remained that Arenas could be added later via downloadable content. However, a further statement confirmed that no commitment had been made to update NBA Jam on the Wii, promptly dispelling the rumours. Gilbert Arenas was ultimately included in the game.

It was also rumoured that the three modes of NBA Jam originally intended to be included with NBA Elite 11 would later be expanded upon via downloadable content, allowing Xbox 360 and Playstation 3 users to take advantage of all the features of the Wii version. With the cancellation of NBA Elite 11 and the standalone release of NBA Jam for the 360 and PS3, any such plans have been scrapped.

IGN named NBA Jam the Best Sports Game at E3 in their E3 Awards. It currently has a score of 79 on Metacritic.

Fan reception to the game was mixed. While some gamers enjoyed the reboot for its reasonably faithful recreation of the original NBA Jam games, others criticised it for its lack of innovation and issues with online play. The price tag also proved to be a point of contention; as a stripped down version of the game was originally intended to ship with NBA Elite 11, many gamers felt that the regular price for the full version of the game was too much, leading to suggestions that the game should've been a cheaper, downloadable game. Its sequel, NBA Jam: On Fire Edition, would ultimately adopt this method of distribution. 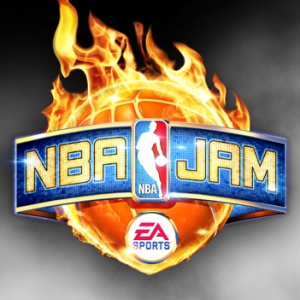