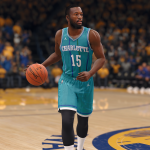 On the heels of my Monday Tip-Off article discussing rosters and roster editing in NBA Live, a new update has been pushed through for NBA Live 18. As with all roster updates, it will be downloaded automatically when you fire up the game on PlayStation 4 or Xbox One, provided of course that your console is connected to the Internet.

At a glance, it appears as though the rosters are quite up to date in terms of the latest transactions. Aaron Brooks is notably still missing from the Minnesota Timberwolves’ roster, however this is likely due to the fact that they currently have more than fifteen players. With any luck, issues like that will be resolved very soon. I haven’t had a chance to check everyone’s uniform number as yet, but looking at a few recently traded players, it appears that a few corrections have been made since the previous roster.

Speaking of uniforms, the latest update adds new classic uniforms for the Atlanta Hawks, Charlotte Hornets, Golden State Warriors, Indiana Pacers, Los Angeles Lakers, Miami Heat, Milwaukee Bucks, and Phoenix Suns. These classic uniforms will be worn for selected games during the 2018 season. No other retro jerseys are available in NBA Live 18 at this time.

As always, we’re looking to compile feedback about the rosters to send along to the development team, so feel free to add your thoughts in the comments section below, as well as here in the NLSC Forum. See below for some screenshots of all the new uniforms in-game. 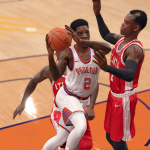 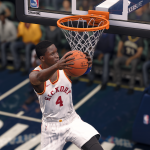 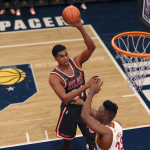 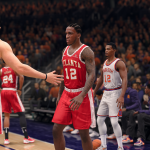 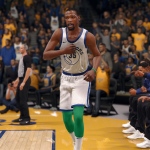 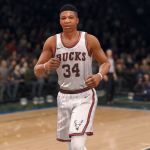 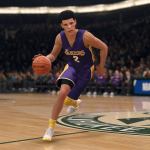 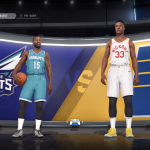 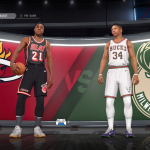 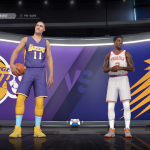 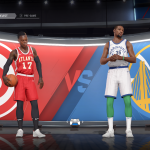 Weill l do enjoy seeing these jerseys in NBA LIVE l would love for the Live team to realize that taking things out of games and adding them back is a thing of the past and the consumer has become a bit more knowledge about what should be GOLD standards. Hopefully they patch in sleeve jerseys sooner better than later. Street Fighter and Marvel Vs Capcom franchises have suffered for taking things out of there game or locking them on a “dics” to be later DLC as proven disastrous to these said companies. This will also be the fate of 2K and there VC cannibalism.

Sleeved jerseys are gone because they are no longer going to be worn. They were an adidas thing, and now that Nike has the uniform contract, they’re history. That’s why they’re not in NBA Live 18 or NBA 2K18.

This Lakers retro isn’t a real one, they’ll have MPLS jersey (socks confirmed that). EA probably gave this purple uniform for a mistake. 🙂

It is looking that way,