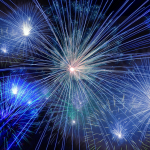 That sure went by fast, didn’t it? We find ourselves at the end of another year here at the NLSC. I’ve already reflected on the year that was in the December 23rd edition of The Friday Five, but as we get ready to ring in a new year, I thought that I’d offer up some final thoughts on the past twelve months.

Every year has its ups and downs, and we were seemingly dealt a big blow back in June when we had to seek out new hosting. At one point, it looked like we might have to either shut down or severely scale back our operations to suit cheaper alternatives. Fortunately, we were able to find a great new host and source the funding to keep us going, and we expect to be around for a while yet. A big thank you to everyone who has helped out in that regard; your contributions are very much appreciated!

Our modding community continued to do great work in 2016, whether it was for the latest game, or an old favourite. I think we hit the ground running when it came to NBA 2K17, and the community has been very proactive in working out methods and solutions, as well as churning out releases. We’ve also been able to add some new members to our Contributors group, and I thank them again for their hard work and the example they set.

In the world of basketball gaming, and real life basketball, it’s been an eventful year. We saw the Golden State Warriors break the Chicago Bulls’ twenty year old record of 72-10, only to become the first team to lose in the NBA Finals after going up 3-1. The Cleveland Cavaliers in turn became the first team to rally from a 3-1 deficit in the NBA Finals, with LeBron James, Kyrie Irving, and Kevin Love delivering the city their first major sports championship in 52 years. On the gaming front, EA Sports announced a delay for NBA Live 17, which has gamers both optimistic and sceptical. Meanwhile, Visual Concepts delivered a strong (but occasionally problematic) release in NBA 2K17. The preview season for 2K17 brought some unexpected drama, but also some exciting news of improvements and additions in this year’s game.

For all the challenges we faced, for all the ups and downs, I think we’ve come through them stronger and just as dedicated to our coverage of basketball video games, and commitment to bringing you interesting and entertaining original content. It’s something we aim to continue throughout 2017 and beyond.

Thank you for your support throughout 2016, more good stuff is on the way. For now, I’ll leave you with the traditional reminder of Lutz’s words of wisdom: Remember the safest order of things on New Year’s Eve: 1. Fireworks, 2. Drink, and not vice versa!

Happy New Year to all the NLSC staff, contributors and posters all the best !

Happy New Year all authors und user too! I have so little time to visit NLSC everyday, but can’t wait news about Live 17 (or will be it called 18?!) 🙂