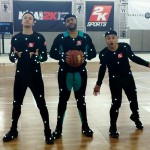 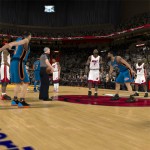 Another official roster update for NBA 2K12 has gone live today, with rosters accurate as of May 9th 2012. The update will come through automatically as long as your PC, Xbox 360 or PlayStation 3 is connected to the Internet and your game is up to date with the official patch. The new rosters can then be accessed by using the Reset Roster function under the Options menu.

PC users who would like to update their game manually can download this pack, which I’ve updated with the latest roster and online data files. As previously noted by the NBA 2K Insider, the Playoff roster updates do not contain any ratings adjustments, just updated rotations to reflect the latest injuries and lineups. 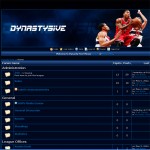 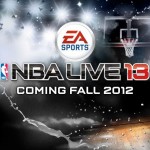 EA Sports have posted a behind the scenes video of Kyrie Irving and Ricky Rubio’s visits to the EA Tiburon studios during the 2012 All-Star Weekend in Orlando, where they met with the NBA Live 13 development team and had some hands-on time with the game. While the video doesn’t contain any gameplay footage, you can catch a quick glimpse of one of the developers working on Kyrie Irving’s cyberface.

Watch it below or catch it here on the NLSC YouTube channel if you can’t see the embedded video. Feel free to add your thoughts in the comments below and join in the discussion here in the NLSC Forum.

We’ve got a couple of new file additions for NBA 2K12 today: a new face update from Melo and Nick’s latest Fictional (make that “Nictional”) Draft Class. Check them out below. 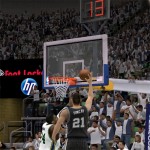 A new official roster update for NBA 2K12 has gone live this weekend after all, containing rosters accurate as of May 5th 2012. As always, you should receive the update automatically as long as your PC, Xbox 360 or PlayStation 3 is connected to the Internet and your game is up to date with the official patch, however you must use the Reset Roster function under the Options menu to load the new rosters after the game starts up. PC users who would like to update their game manually may use this pack, which includes the latest roster and online data files.

As per the NBA 2K Insider, roster updates during the Playoffs will only include changes to lineups, so it seems there will be no more adjustments to player ratings this season. Anyone unsatisfied with any player ratings will have to make changes themselves or download an unofficial roster update. 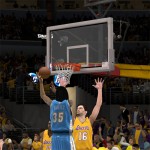 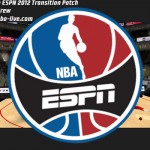 If you’re playing NBA Live 2005, NBA Live 06, NBA Live 07 or NBA Live 08 and would like to add some more ESPN themed presentation to your game, check out these new NBA on ESPN Transition updates featuring the current NBA on ESPN logo. 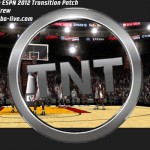 Here are some new NBA on TNT Transition updates for NBA Live 2005 through NBA Live 08, featuring the silver TNT logo used on broadcasts during the 2011/2012 season. If you’d like to spruce up the presentation in your game, be sure to grab these updates at the links below!

For anyone who would prefer to use the gold TNT logo, those updates are still available in our Downloads section as well. 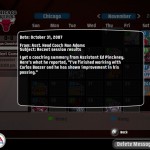 Here are some supplementary updates for the current rosters that Dynasty Mode players may be interested in. The Real Staff patches are batch files that automatically update the names and attributes of the staff members of every NBA team to reflect their real assistant coaches, trainers and scouts. It must be applied to a Dynasty game that’s already been started, so be sure to make a backup of your Dynasty just in case anything goes wrong.

Here are the latest file additions for NBA 2K12, including a new Superglobal, the latest version of HAWK23’s Ultimate Base Roster and a couple of face updates. 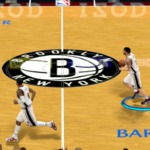 Forum user 187 has released his NBA 2K12 mod which changes the New Jersey Nets to the Brooklyn Nets. The mod features the accurate logos and color schemes which were officially revealed today, as well as a fictional court and uniforms.

You can download the mod here in our Downloads Section, and drop by 187‘s patching thread for additional previews and to say thanks!