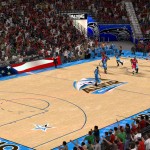 I’m a little late in posting this, but a new official roster update is now available for NBA 2K12. The latest update includes 2012 All-Star rosters (though the Rookies and Sophomores teams remain unchanged due to the new format the NBA used this year), the 2012 All-Star jerseys are now the default home and away jerseys for the East and West All-Stars and a big online data update has added Orlando’s All-Star court, though the menu and overlay text still refers to the Staples Center and Los Angeles.

The updates will be downloaded automatically as long as your PC, Xbox 360 or PlayStation is connected to the Internet. Note that you will need to use the Reset Roster function under the Options menu to get the new rosters to show up. For PC users who would like to update their rosters and online data manually, I’ve updated the package with the latest files here. 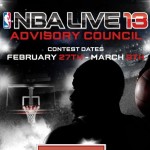 No concrete information, but we received a very interesting announcement from the official NBA Live Facebook page today. EA Sports are taking applications (in 100 words or less) for an Advisory Council that would work alongside and give feedback to the NBA Live 13 Development Team, based out of their Tiburon Studios. Full details can be found in this Facebook post as well as here in the Forum.  I would highly recommend everyone apply for this, even though no details on restrictions have been given.

In anticipation of the first snippet of news on NBA Live 13 and to celebrate the return of the NBA Live brand, I’ve put together an unofficial fan trailer for NBA Live 13 titled “NBA Live is Back!”. Long time NBA Live fans may recognise the track as “Shak’n the Floor” by Rahzel & The NBA Live Orchestra, which was the main theme for NBA Live 2000.

Check out the trailer below or watch it here over on the NLSC’s YouTube channel if you can’t see the embedded video. I hope you enjoy it, please feel free to leave a comment below or add your thoughts in thread and be sure to join in the rest of the discussion taking place in the NBA Live 13 section of the NLSC Forum!

The 2012 NBA All-Star Weekend has come to a close, capped off by an exciting 152-149 victory by the West in the 61st annual All-Star Game. Kevin Durant of the Oklahoma City Thunder took home MVP honours for the first time in his career, finishing with a team high 36 points to go along with seven rebounds and three assists. Kobe Bryant passed Michael Jordan to become the all-time scoring leader in All-Star history, while Dwyane Wade became the third player to record a triple double in the game.

Quickly recapping the rest of the Weekend, Team Chuck won the Rising Stars Challenge, Team New York won the Shooting Stars event, Tony Parker was victorious in the Skills Challenge, Kevin Love eked out the win in the Three Point Contest and Jeremy Evans captured the Slam Dunk contest crown. What are your thoughts on the 2012 NBA All-Star Weekend? Leave a comment below or join in the discussion here in the NLSC Forum! 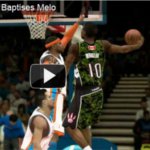 Yet again, I have listed plenty of fresh NBA 2K12 YouTube videos for your viewing pleasure. I am still updating my personal YouTube channel with daily clip uploads, and starting this week I will be including more variety by using other patchers’ mods such as the Ultimate Base Roster by HAWK23. I have six different full length mixes in this week’s feature, a couple featuring the All Star game, as well as two Jeremy Lin mixes, including Shady00018’s mix which was featured on Kotaku this week. To round it off, I have picked out some of my favorite direct uploads from the console versions of NBA 2K12. The official NLSC YouTube channel has been updated this week as well, with the soundtracks of older NBA Live games.

So click past the jump to look at all of the featured videos of the week, and be sure to check out the media thread in the Forum to share your own videos with the community.

END_OF_DOCUMENT_TOKEN_TO_BE_REPLACED

A new version (v3.1) of the outstanding REDitor II for NBA 2K12 is now available. For those who are unaware, REDitor II is the roster editor for the PC version of NBA 2K12, containing a host of essential features for modding the game. It also still supports NBA 2K10 (PC), NBA 2K11 (PC and Xbox 360) and MLB 2K11 (PC).

REDitor II is made by Vl@d Zola Jr. and can be found here in our Downloads section. The download includes the hot fix which adds support for assigning pshoes in NBA 2K12. Be sure to check out the release thread for additional release notes and support.

What are your predictions for this year’s events? Join in the discussion in this thread in the NBA & Basketball Talk section of the NLSC Forum!

Thoughts on the return of NBA Live 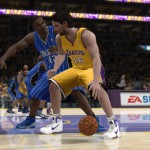 By now, you’ve likely heard that EA Sports’ next NBA sim will mark the return of the NBA Live brand, completely abandoning the NBA Elite moniker following the cancellation of NBA Elite 11. We’re set to receive some more info on the game next Monday and so far it seems that a fair amount of people are excited to hear that EA will be switching back to the old name.

I’m certainly count myself among them and as such, I’d like to share a few thoughts on the announcement as we all wait to hear what’s in store for NBA Live 13, which appears to be carrying the tag line “Future of Basketball”. Read on for my thoughts and feel free to post yours in the comments section below.

END_OF_DOCUMENT_TOKEN_TO_BE_REPLACED

EA Blog: NBA Live is Back! 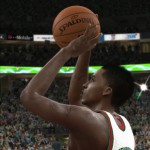 Following on from yesterday’s announcement about the return of NBA Live, a new blog has been posted over on EA’s official website. It doesn’t go into a lot of detail but mentions the new studio (EA Tiburon) and new development team that is working on the game. It also mentions the “Future of Basketball” tagline and hints that the team will be seeking fan feedback in the coming weeks.

We have a new studio and a new development team, and this fall we’ll launch an all-new experience that captures the future of basketball with NBA LIVE 13.

We’re looking forward to players giving us their feedback on the game, and next month we’ll welcome in fans from around the country to join in on the process of creating NBA LIVE 13 as well – more on that on Monday, so please make sure you follow our Facebook page and Twitter handle to get the latest information.

Thanks to J-Hood for the heads up in the NLSC Forum. Join in the discussion of the newly announced NBA Live 13 here.

Kyrie Irving posted another Tweet this afternoon saying info on the recently named NBA Live 13 will be coming out on Monday via the official Facebook page. EA Basketball’s Facebook page updated its name today to reflect the return of the NBA Live name, and added a new logo as well. If you don’t want to “Like” EA NBA on Facebook to get the news on Monday, we will have whatever info they provide here on the main page and in the Forum. 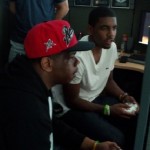 Kyrie Irving tweeted that he had an opportunity to play NBA Live 13 today while in Orlando for All Star Weekend. Of note, Irving used the Twitter hashtag #FutureOfBasketball in his tweet which might be a hint as to the slogan for the return of the NBA Live series.

Kotaku followed up with EA Sports directly, asking whether the company will be dropping the NBA Elite name and return to NBA Live. They received the following response:

“This fall we’ll launch an all-new experience that captures the future of basketball with NBA Live 13,” a spokesman said. “More to come soon.”

With EA leaving NBA Elite’s tarnished legacy behind, it will be very interesting to see what the Tiburon studio has done with NBA Live 13 whenever the game’s reveal might be. Share your thoughts on the return of the NBA Live series either in the comments or in this Forum thread.

The PC Patch got rejected in submissions first time but is with DD now and if all goes well, should be released soon.

Hopefully soon is sooner than the “days away” status we received last week.  For all NBA 2K12 News and Discussion check out our Forum here.