Feel free to leave your thoughts in the comments below or here in the Forum. 2K have been releasing two NBA’s Greatest screenshots per weekend over the past few weeks, so another one should be coming tomorrow. 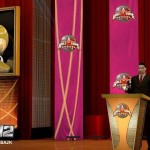 After a week of screenshots highlighting some of the additions to My Player mode in NBA 2K12, producer Erick Boenisch has provided us with the fifth Developer Insight which goes into great detail about what we can expect of the mode in terms of new features and improvements to existing ones. Erick explains how you progress through the mode from the Rookie Showcase through to a possible Hall of Fame induction and everything in between, including another rundown of the pre-Draft interviews, mock Draft and the 2011 Draft itself, contract negotiations and paychecks that can be spent on increasing ratings and adding new dunk packages.

Of note, Erick also mentions that NBA 2K12’s My Player will feature “Key Games”, so you won’t have to play each and every game in the season but rather elect to play games that feature key matchups, rival teams or have playoff implications, with stats from simulated games still counting towards the Hall of Fame goals. He also touches upon the expanded endorsements, player abilities, dynamic goals, press conferences, drills, playcalling and the starting rating. Finally, we get a teaser of some Association information as Erick mentions that Adam Silver was brought in to record audio for the second round of the Draft, hinting that he and David Stern will be featured during the Draft in Association as well as My Player. It’s well worth checking out, give it a read and join in the discussion here in the Forum.

Ronnie has also mentioned on Twitter that the next week and a half will be all about gameplay, including a word from Mike Wang.

EA Sports are beginning to unveil more of the players that will be included on each team’s roster in NBA Jam: On Fire Edition, posting two new screenshots on the official Facebook page featuring Chauncey Billups and Nate Robinson. Check them out in our NBA Jam: On Fire Edition screenshots gallery or here in the NLSC Forum and share your thoughts.

The NBA 2K Debate: Which is the greatest team of all-time?

To further promote all the legends and classic teams in NBA 2K12, 2K Sports have launched the NBA 2K Debate which invites fans to pick one of the teams in the game, create a video explaining why you believe it’s the greatest team of all-time, upload it to YouTube and submit it via the NBA 2K Debate website. 2K themselves tip the debate off with none other than Michael Jordan.

Talk about the video and your pick in the debate in this thread. For anyone creating videos for the debate, feel free to share them as well.

The final screenshot of the week leading into the My Player Insight (which will be posted in a couple of hours) showcases the Hall of Fame Induction Ceremony. The description for the photo states that you can write your own speech, choosing who you thank for your career and who you omit.  Ronnie 2K said that his player retired after 17 years in the league and won a championship with Melo and Amare after being traded to the Knicks.  You can discuss all of the screenshot teasers of the week in the Forum and be sure to check this space in a few hours for the full My Player Insight.