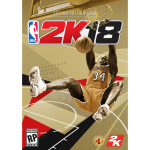 2K Sports has announced that Hall of Famer Shaquille O’Neal will grace the cover of the Legend Edition of NBA 2K18. Shaq previously appeared on the covers of NBA 2K6 and NBA 2K7, and has remained in the game as a playable Legend following his retirement in 2011. He’s also had a presence in recent games as part of the pre-game, halftime, and post-game shows, alongside his NBA on TNT colleagues Ernie Johnson and Kenny Smith.

We’ll continue to cover NBA 2K18 throughout the preview season, so stay tuned. In the meantime, feel free to leave your reactions and speculation in the comments section below, as well as join in the discussion here in the NLSC Forum. 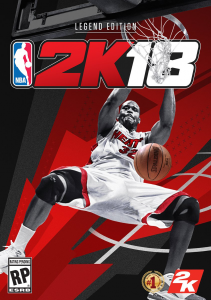 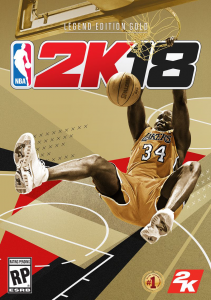 The following pre-order bonuses are available with each edition of NBA 2K18.

2K Sports also released an illustrated guide to the pre-order bonuses, accurate as of May 2017. It seems you have been missed to speculate about cover athletes in podcast (or I’ve heard only about Live 18). 🙂

Yeah, there’s been too much else to talk about really. We’ll be talking about the Legend Edition reveal on this week’s show, so I’m sure the subject of the standard edition cover player will come up.

I really hope and pray that 2K doesn’t mess this one up. We need those challenges, like top 10 Shaq moments type of things. Maybe add in an extra classic team that had Shaq featured.

Please, for the love of god 2K. Don’t make this about extra VC points, shoes, gear, cards and cover only. I’m still bitter about 2k17 Kobe Bryant, lol… he wasn’t even freakin’ in the game outside of the old Lakers squad and those DAMN cards…. smh

I’m guessing we won’t have a Shaq-themed challenge mode. More likely, it’s just a way to sell the collector’s editions.

I fear that you may be correct, we have enough evidence to assume that this is exactly what 2K is trying to do. This is a very sad thing to say about 2K, I never thought they would become like this…

As long as they’re not stripping major features or content out of the game to be DLC or pre-order exclusives, it would be worse. I’m glad they’re not making the Dream Team a pre-order bonus this year, though there’s also a good chance we won’t see them in the game this year. Not impossible, but we lost them after NBA 2K13 as well, so it’s a possibility.