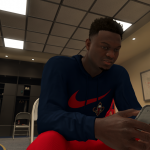 We’re at midcourt, and the ball is about to go up…it’s Monday Tip-Off! Start your week here at the NLSC with a feature that’s dedicated to opinions, commentary, and other fun stuff related to NBA Live, NBA 2K, and other basketball video games. This week, I’m tipping things off with some thoughts on influencers in the basketball gaming community, and the influence they wield on the virtual hardwood.

If you take part in basketball gaming Twitter, you’ll recall that not too long ago, Flight publicly rebuffed overtures from Ronnie 2K to be brought into the fold as one of the “official” influencers for NBA 2K. I won’t go into the whole history of everything that happened between Flight and Ronnie, in part because it’s not really my brand, but also because there are others that can tell the story in more detail. The tl;dr version is that Ronnie publicly blackballed Flight from getting a logo, calling him a “bully” over some of his remarks. He’s since changed his tune, but for Flight it’s little, too late.

Look, while I can appreciate brands and digital marketers picking and choosing who they want to work with, and find it understandable if they’re hesitant to collaborate with someone when there’s been some friction, I really have to commend Flight in this situation. The exposure and other perks influencers gain from having agreements with 2K would be tough for most people to turn down; even if it does mean giving up some autonomy in your content. To rebuff Ronnie’s offer that came now that his audience makes him too appealing to blackball shows guts and integrity on Flight’s part. It’s an example that all influencers in the basketball gaming community should follow.

END_OF_DOCUMENT_TOKEN_TO_BE_REPLACED 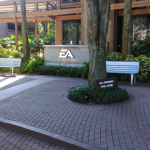 When I logged into Facebook this morning, “On This Day” presented me with a look back at previous posts that I’d made on July 25th. As it happens, on this day last year, I made a post letting my friends and family know that I’d be heading to the United States in the near future. The trip was for an NBA Live 16 community event that was being held at EA Tiburon in Orlando, but as I didn’t have clearance to talk about it openly just yet, I held back on the details and simply posted a teaser photo. I also had to be very coy on the NLSC Podcast, when discussing upcoming playtesting sessions and expressing a desire to be a part of them.

The NBA Live 16 event was one of the best that I’ve ever attended. While the game still had a ways to go – then and now – it was fun to get some early hands-on time with it, and experience the improvements. I also really enjoyed having the opportunity to meet with the developers and provide feedback to them directly. On top of all that, the whole event was extremely well-organised, with every detail taken care of, and maximum time allotted for gaming. Past events were fun and productive, but several years of organising them have definitely given EA Sports’ community managers the opportunity to make them better and better.

Since it’s been almost a year since the last one I attended, I thought that I’d reflect a little upon the NBA Live community events that I’ve been a part of. Hopefully, last year’s won’t be the last.