Clarifying My Opinion of 7-Footers in MyPark 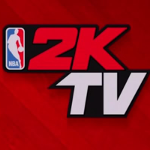 If you’ve seen the Thanksgiving special of NBA 2KTV, you would have noticed that both JaoSming and Leftos appeared on camera; but did you know that another NLSC Team Member was also featured in the episode? It just so happens that one of my tweets made it onto the #2ktvthanks section.

I know, it’s a bit of a stretch to say that I was “featured” in the episode, but I was pretty stoked about it. Not only did my tweet appear in the episode itself, but it was also shown in the NBA 2K16 main menu during the preview of the episode. I won’t lie; I watched the preview several times, waiting for my name to appear. I also took quite a few screenshots, just in case the previous ones were unclear. For those who didn’t seen it, this is what I wrote: